Zone Franche (Free Zone)  is a french festival of literatures and cultures of the imagination. The present 7th edition, with its sixty exhibitors – publishers, fanzines, associations … – and nearly 150 writers, translators and illustrators, Zone Franche (Free Zone), it’s an important book fair of the imagination. Games, workshops, panels, shows, authors, academic lectures … the festival offers a wide and varied program for all audiences, young and old.

The Festival of Zone Franche (Free Zone)  is taking place at the Salle des Fêtes Léo Ferré, 6, rue Charles-Michels, Bagneux, a commune in the southern suburbs of Paris, France. It is located 7.7 km (4.8 mi) from the center of Paris.

The Zone Franche Festival Awards are the Grand Prix of Bagneux (awarded to a new work of fantasy , science fiction or fantastika, the prize consists of the “Bagneuzor” sculpture created by Jamel Zeddam and signed by the artist, and a sum of 600 euros (300 euros for the author and 300 euros for the voluntary publishing support), Young Ilustrator Award, „Histoires de Romans” (Novels Histories) Award.

Zone Franche (Free Zone), is a festival that supports independent publishers and authors : besides publishing groups that represent the largest share of the market, many independent publishers have found a way of economically viable production, while often making bold choice to publish and promote new authors .

Zone Franche supports their work by providing to the publishers a free of charge booth at the festival . They are each more likely to give their trust each year, and their authors. That’s almost 150 of  SFF authors present at the Zone Franche. 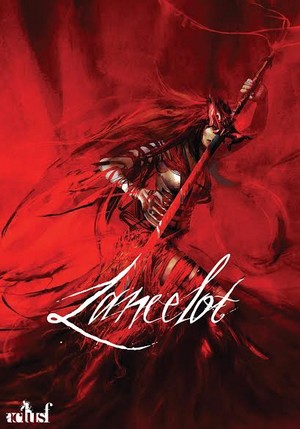 Since 2011 , the official Zone Franche festival anthology is entrusted to a small editorial structure, ActuSF.

Zone Franche (Free Zone) is a festival that is opened to illustrators, they illustrate albums or they create the novels’ cover illustrations, the artists play an important role in publishing. That is why  each year, Zone Franche offers  a free of charge booth to dozen of illustrators  so they can exhibit and sell their works.

Zone Franche (Free Zone) is a festival which is a place for young designers, just take a ride on the internet to find that writing is a form of very living expression among young people. Blogs, webzines , fanzines are all materials that allow them to take their first steps and publish their early writings, meeting and working together .

Zone Franche (Free Zone) supports this pool of designers offering them  free of charge booths. The Grand Prize of Bagneux is dedicated to them, rewarding at the same time a young author and the media who published . Since 2011, the Friday is open to all professionals, authors, booksellers, librarians, associations and unions of authors … In addition , the book fair provides access to a wide panorama publishing in the field of the imaginary, panels, conferences and workshops.