Paul Cook’s article “When Science Fiction Is Not Science Fiction” in Amazing Stories and the prolific commentary it generated (September 4, 2013, Amazing Stories), got me thinking about our evolving perceptions of what science fiction is, what it isn’t, what its role in literature is, and how it is generally perceived by both SF and non-SF readers. This article couldn’t have come at a better time either: This fall and winter I’m teaching at George Brown College and University of Toronto courses on how to write science fiction.

Cook proclaimed that he’s “too old to put up with indulgences by books claiming to be one thing, but are really something else.” He gave examples of various authors who, in his opinion, were really writing another genre (usually romance) and were calling it science fiction.  He called Gene Wolfe’s series The Book of the New Sun a Medieval/Arthurian fantasy—not science fiction. He described Lois McMaster Bujold as a closet romance writer and called her military SF Miles Vorkosigan series romance at its core—not science fiction. Is this a fair assessment? When does science fiction with romance turn into romance with SF elements?

Let’s start off with what science fiction isn’t.

Science Fiction Is Not Escapist Literature

Cook suggested that SF is an “escapist genre”. Good science fiction is, in fact, quite the opposite. I stress “good” science fiction. Of a surety, all genres contain

escapist works. But for the sake of this argument, I speak of that which best represents the genre.

Science Fiction is the Literature of Allegory & Metaphor

In an article in the June 2005 The Guardian entitled “Why We Need Science Fiction”, Margaret Atwood submits that science fiction explores the relationship of humanity to the universe. It is “an exploration that often takes us in the direction of religion and can meld easily with mythology,” says Atwood and cites the obvious religious allegories of Star Wars and The Matrix. Author Brian Ott reminds us that it is not what the aliens are but what they represent that matters. Good science fiction is allegory.

Literature in general has always served as a cultural reporter on themes important to humanity. The science fiction genre—and speculative fiction particularly—explores premise based on current scientific and technological paradigms. What if we kept doing this?…What if that went on unchecked?… What if we decided to end this?… These are conveyed through the various predictive visions from cautionary tales (e.g., Atwood’s “Oryx and Crake”) to dystopias (e.g., Huxley’s “Brave New World”). Where realist fiction makes commentary on our current society, science fiction takes that commentary into the realm of consequence by showing it to us in living colour. This is its power over contemporary fiction and why, I think, mainstream literary authors like Margaret Atwood have discovered and embraced this genre (her latest three books are all science fiction). Science fiction doesn’t just “tell us”; it can “show us”.

In science fiction, science provides the premise and fiction explores the answer.

Themes like achieving forgiveness, love & compassion, overcoming fear, taking control of one’s fate & fulfilling one’s destiny, etc. are often played out through the encounter of—and often clash with—“the other.” The “other” may be aliens, peoples of a different culture, some new technology, a fantastical unknown entity, or a place with strange powers. In the end, the POV characters must overcome their own darkness, reflected in “the other” to ultimately prevail.

In Neill Blomkamp’s “District 9” set aptly in an alternate present-day Johannesburg, in which visiting aliens have been incarcerated within filthy ghettos, the heroic journey of the ordinary human WIkus van de Merwe reflects the global journey of humanity in reaction to the “other”. Blomkamp’s metaphors to our jaded history of prejudice and racism are clever and vary from the subtle to the obvious. While many viewers saw no further than the thrilling elements of the movie—alien visitation; kick-ass weapons and cool creatures getting blown up—District 9 conveyed a powerful allegory that asks unsettling questions about colonial powers. Critic Frederic Jameson reiterates, “Science Fiction is in its very nature a symbolic meditation on history itself.”

Oscar Wilde once said: “Art is individualism, and individualism is a disturbing and disintegrating force. There lies its immense value. For what it seeks is to disturb monotony of type, slavery of custom, tyranny of habit, and the reduction of man to the level of a machine.” Susan Sontag said, “Real art makes us nervous.” For me, that is what science fiction does: it examines our world and presents us with new perspectives to ponder, and evolve from. Without darkness to contrast it, light cannot be recognized for its virtues, nor can it even be properly seen; darkness is the platform from which light emerges in all its glory. I’m not just talking about good and evil. Metaphorically, darkness represents anything within us that is repressed, that we’re ashamed of or uncomfortable with. It is the unknown—and the stuff of science fiction.

Science fiction illuminates our history and our very humanity. It does this by examining our interaction with “the other”, the unfamiliar. A new relationship. A stranger in town. A scientific discovery. A clash of cultures. An alien encounter. How do we react? Is it with fear? Wonder? Curiosity?

Good SF accurately takes the premise of real science and explores it to the realm of possibility and consequence. This genre, more than any other, gives us the

opportunity to look at what may be, how we get there and what happens to us as a result. Think of the writings of Greg Bear, Robert J. Sawyer, Robert Wilson, Kay Kenyon, William Gibson, Robert Silverberg, Isaac Asimov, Stanislav Lem, and Ray Bradbury (to name some of my own favorites). The SF writer is both herald and conscience of science and humanity. We are commentators of the present and reporters of the future. Science fiction is subversive literature.

Science Fiction is the Literature of Change & Transformation

Science fiction is a genre of global examination and evolution. It explores humanity’s own identity, our values and our evolution by showing how we react to change and the unknown. Science fiction postulates and extrapolates. It takes a plausible premise (idea) and runs with it. In most science fiction something significant happens, is discovered or is revealed that is science-based and has profound effects on the world—See John Wyndham’s The Chrysalids, Isaac Asimov’s I, Robot, Ray Bradbury’s Martian’s Chronicles, Robert J. Sawyer’s Calculating God, Nina Munteanu’s Darwin’s Paradox (apologies–I just had to throw that one in!). The events, actions or discoveries throw the main protagonist and his/her world off balance into a full-tilt journey of self-discovery (the classic hero’s journey). Science fiction is the transformative literature of change.

Science Fiction is the Literature of Relationship

All great literature distills its art form through the exploration of relationship: our relationship with technology, with science, nature, God, our children, each other,

our history, our destiny, etc. etc. etc. Story happens when character intersects with issue (plot and theme). Without characters and without a world for them to interact with in ways that illuminate some thematic issue, there would be no story and no one to empathize with.

What better art form than the “love story” to discover our humanity. It is through love—in all its facets—that we find passion, courage, direction and meaning in life. And there are as many different forms of love as there are love stories: romantic love, platonic love, altruistic love, heroic love, maternal love, filial love, charitable love, divine love, unconditional love, and so on.

The greatest love stories also tell of hardship overcome, lessons learned, and barriers surmounted. The Great Gatsby by F. Scott Fitzgerald is, in fact, a cautionary tale about the American Dream. It explores themes of decadence, idealism, and the social barriers between economic strata through the ill-fated love between the self-made and quixotic Jay Gatsby and the ultra-rich and spoiled Daisy Buchanan. Thomas Hardy’s Tess of the d’Urbervilles explored similar themes of class prejudice and privilege through the tragic love story of Tess and Angel Clare. I could list many stories that explore major social and cultural issues through love. Think of them: Gone with the Wind by Margaret Mitchel; Doctor Zhivago by Boris Pasternak; Vanity Fair by William Makepeace Thackeray; The English Patient by Michael Ondaatje; Wuthering Heights by Emily Bronte; The French Lieutenant’s Woman by John Fowles…just to name a few. Most of us wouldn’t think to call these love stories at first; yet, that’s what they are—told against a strong setting of historical and social commentary.

Strong elements of love, romance and relationship underlie many science fiction stories. And to revisit Lois McMaster Bujold, the Vorkosigan series interlaces relationship with a tapestry of political intrigue between cultures and explores class privilege, disabilities, and the evolution of cultural practices.

My trilogy The Splintered Universe follows detective Rhea Hawke on her ill-fated quest for justice in a religious massacre. A major part of the plot revolves around her turbulent relationship with a strange man—directly related to her racist attitude. While the relationship is a critical element in Rhea’s life journey, I would certainly not call the book a romance.  Yet, without the romance, the story would fall apart. Without the science fiction elements (e.g., world-building, aliens, space travel, etc.), the story would also fall apart. Both are needed to make this trilogy what it is.

Science fiction as a genre is certainly evolving. It’s interesting to note that at no other time are there more women interested in the genre, either reading it or writing it. Women offer a different perspective on story, idea and vision of our world and our future. It is an important perspective and one that relates very importantly to consequence through relationship (the purview of science fiction). Perhaps, we are experiencing the emergence of a new era; and some of us are left struggling at the doorstep.

OK. This is obviously my opinion. What’s yours?

Nina Munteanu is a Canadian ecologist and novelist. In addition to eight published novels, she has authored award-winning short stories, articles and non-fiction books, which were translated into several languages throughout the world. Recognition for her work includes the Midwest Book Review Reader’s Choice Award, finalist for Foreword Magazine’s Book of the Year Award, the SLF Fountain Award, and The Delta Optimist Reviewers Choice.

Nina regularly publishes reviews and essays in magazines such as The New York Review of Science Fiction and Strange Horizons, and serves as staff writer for several online and print magazines. She teaches writing at The University of Toronto and George Brown College in Toronto Canada and coaches writing online through her website Nina Munteanu. Her books on writing “The Fiction Writer: Get Published, Write Now!” and “The Journal Writer” (Starfire) were translated into Romanian and  published by Editura Paralela 45. 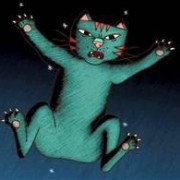 TIMIȘOARA, ROMANIA : A BID FOR THE 2021 EUROCON