Utopiales is not only the biggest European SF Festival, it’s one of the largest SF events on Earth.

As a comparison, the “World” Anglophone conventions have between 6 to 8,000 participants at maximum.

The Utopiales model, to open the gates of science fiction to the general public, to gather writers, scholars, scientists, artists plus fans and readers and gamers, it’s functioning and is generating audience and awareness.

Since its creation, in 2000, Les Utopiales, The Nantes International Science Fiction Festival, has tried, as its objective, to offer works of quality to the greatest number of people, and to enable them to discover the world of futurology, of new technologies and of the fantastic. As every year,  a theme was developed, while at the same time treating the yearly developments in the science fiction world.

The Nantes International Science Fiction Festival, The Utopiales, are organizing The European Utopiales Prize, in order to reward European authors in the genre known as the “Speculative fiction”.

This award rewards a novel, or a collection, published in French, during the literary season preceding the festival, whose author is a citizen of a country belonging to the European Community. The prize has a cash value of 2000 euros.

The 19th edition of Utopiales, the International SF Festival in Nantes, ended after 4 days of events and festivities. 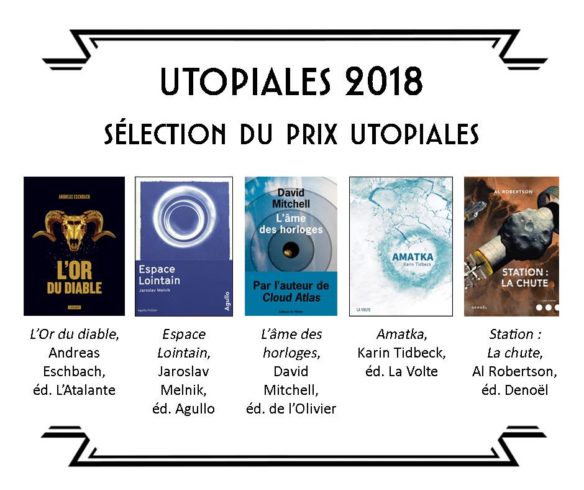 The complete List of Prizes awarded during this 2018 edition has been unveiled, with some fifteen awards, from comics to feature films to video games …

Award for the best video game 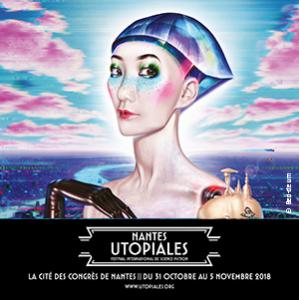 Nantes is the largest city in Brittany, France, with 800,000 inhabitants in the metropolitan area and is located 342 kilometers southwest of Paris, at the confluence of the Loire, Edre and Sèvre rivers, 50 kilometers from the Atlantic Ocean.

Since 2000, the Utopiales venue is the Congress Palace in Nantes, always fall in late October or early November.

The Utopiales name was suggested by Christian Grenier, a SF writer in 1997 and the Utopiales Festival was created in 1998 by Bruno della Chiesa (an Italian-born French, linguist, diplomat, researcher, SF editor) in Futuroscope (Poitiers), a huge theme park dedicated to the future.

Bruno della Chiesa coordinated the Utopiales between 1998 and 2000, and was succeeded between 2001-2005 by the historian Patrick Gyger (Maison d’Ailleurs/House of the Elsewhere’s manager ; La Maison d’Ailleurs is the only public world museum of science fiction, utopia and extraordinary journeys, in Yverdon-les-Bains, Switzerland).

Utopiales is a manifestation of the general public, the fans and the professionals. The Utopiales Festival is celebrating and exploring all means of expression of science fiction, literature, film (international competition and European contest of short films), theater, comics (best album contest, exhibitions), art exhibitions, concerts, games videos, a role playing site, plus panels, discussions and debates on scientific topics.

Since its creation, in 2000, Les Utopiales, The Nantes International Science Fiction Festival, has tried, as its objective, to offer works of quality to the greatest number of people, and to enable them to discover the world of futurology, of new technologies and of the fantastic.