“Kaharlyk” (the name of a little town Kaharlyk next to Kiev) is a Ukrainian satirical dystopia novel by Oleg Shynkarenko, first published in hardcover by Sergy Pantyuk Publishing House in 2014. The novel depicts life in Ukraine a hundred years after the present time. Ukraine returned to the Middle Ages because of consequences of Russian occupation. The main character Olexandr Sahaidachny, whose mind was used for creation of Russian military satellites’s supercomputers, is trying to get back his lost memory and wife. For this, he embarks on a mysterious city Kaharlyk, where time stopped after testing the newest Russian weapons.

“A book that the Ukrainian writer Oleh Shynkarenko published in chunks on Facebook during the Maidan square protests in order to avoid censorship has been translated into English for the first time. 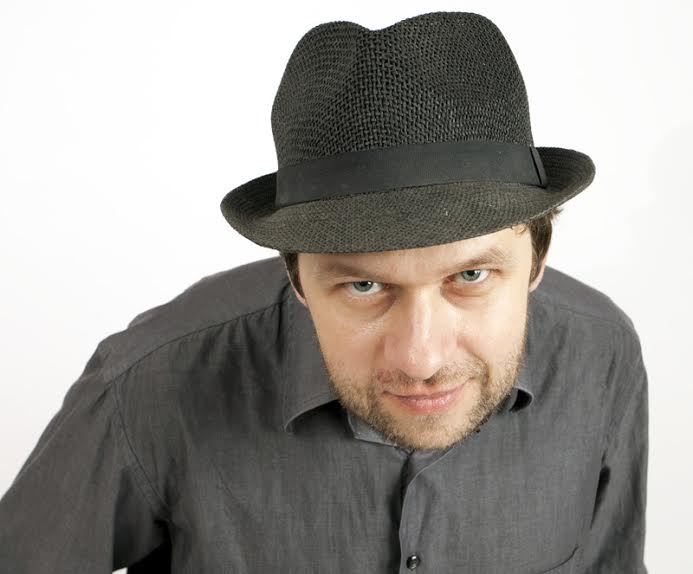 The journalist and author Oleh Shynkarenko began writing his vision of an alternate reality in which Russia has conquered Ukraine while protests were ongoing in Kiev. Index on Censorship, which publishes an extract from the first English translation in its latest magazine, said that the story grew out of a blog in 2010. In it, he joked about hoping there were radicals prepared to kill the then-president of Ukraine, Viktor Yanukovych. Shynkarenko was subsequently interrogated by security services and found entries on his blog deleted, he believes by the security services. He later turned to Facebook to tell his story of a post-apocalyptic future, echoing the violence of the “Euromaidan” protests in 2013 and 2014 in 100-word snippets.

The writer, who now works for the Ukrainian Helsinki Human Rights Union in Kiev, has subsequently turned the story into a novel, “Kaharlyk”, which is due to be published by the Kalyna Language Press.”

The novel was started in December 12, 2012 as a Facebook page, where author published 100 words – messages from parallel reality of a future – everyday. The project has been planned as multimedia one. The author recorded several music fragments in concrete music genre for it, using instead of musical instruments sounds of surrounding reality (such as knocks at the washing machine, fridge, radiator, pans, coffee mill electric motor, serbian orthodox chorals fragments etc.) united in absurd collages to illustrate storyline.

The plot unfolds in 2114 year or 100 after Euromaidan and Russian invasion in Ukraine. The local population in Ukraine is in the medieval state. The main character Olexander Sahaidachny recovers consciousness in a house at the edge of Kyiv. He feels almost full loss of his memory and remembers just one that he needs to find his wife Olena immediately. Sahaydachnyi hopes that his memory will turn back together with his wife.

“Kaharlyk“ is being touted as an important example of dissident art enabled by modern technologies. Flood quotes Index on Censorship editor Rachel Jolley on Shynkarenko’s method: “Facebook was a freer space, less open to the vagaries of the authorities… the dark world he has created is undoubtedly drawn from Oleh’s fears about the future for his country where he sees restrictions on freedom being drawn more and more tightly.”

Walter Smyrniw is Professor Emeritus at McMaster University, Hamilton, Ontario, Canada. He published numerous articles on nineteenth and twentieth-century Russian and Ukrainian literature in North American and European Slavic journals. He is the author of Ukrainian Prose Manual and Turgenev’s Early Works and co-editor of Studies in Honour of Louis Shein and Socialist Realism Revisited.