ARTE TV devotes a special programming March 3, 2016 to Philip K. Dick, with the documentary: „The Worlds of Philip K. Dick”, a video game, “Californium”  and a 3D short film.

Ariel Kyrou presented „The Worlds of Philip K. Dick” in a lecture as part of the Philip K.Dick Day in Paris in 2015 for the release of the “Simulacra and Illusions” monograph on the american author.

ARTE TV devotes a special programming to the visionary and psychedelic universe of one of the greatest writers of science fiction, Philip K. Dick. An exploration into three parts with a documentary, a video game and the first short 360° and 3D video.

Welcome to the “dickian” reality !

Considered one of the greatest writers of science fiction, Philip K. Dick (1928 – 1982) has anticipated like no other our paranoid and technological world of the twenty-first century. His work is often compared to that of Kafka, Orwell and Huxley. But over 30 years after his death, the writer seems to be the true visionary of the digital age. Figure of the counter-culture, misunderstood in his lifetime, he is one of those authors whose name has become an adjective: “dickian”. His stories are a major source of inspiration for film, from Ridley Scott’s “Blade Runner” to Steven Spielberg’s “Minority Report” up to Paul Verhoeven’s “Total Recall”.

„Californium”, from 16th of February 2016 on ARTE Creative. A game created by Brice Roy.

List of adaptations of works by Philip K. Dick

ARTE TV is an European Culture Channel co-funded by the European Union.

ARTE (Association Relative à la Télévision Européenne) is a Franco-German TV network, a European channel, that promotes programming in the areas of culture and the arts.

It is made up of three separate companies: the Strasbourg-based European Economic Interest Grouping, Arte GEIE, plus two member companies acting as editorial and programme production centres, Arte France in Paris (France) and Arte Deutschland in Baden-Baden (Germany). As an international joint venture (an EEIG), its programmes cater technically to audiences from both France and Germany. This implies double-titling, opposite-language subtitling, dubbing, hosts who speak both languages alternately, and two separate audio tracks (through DVB-T, satellite television and digital cable). 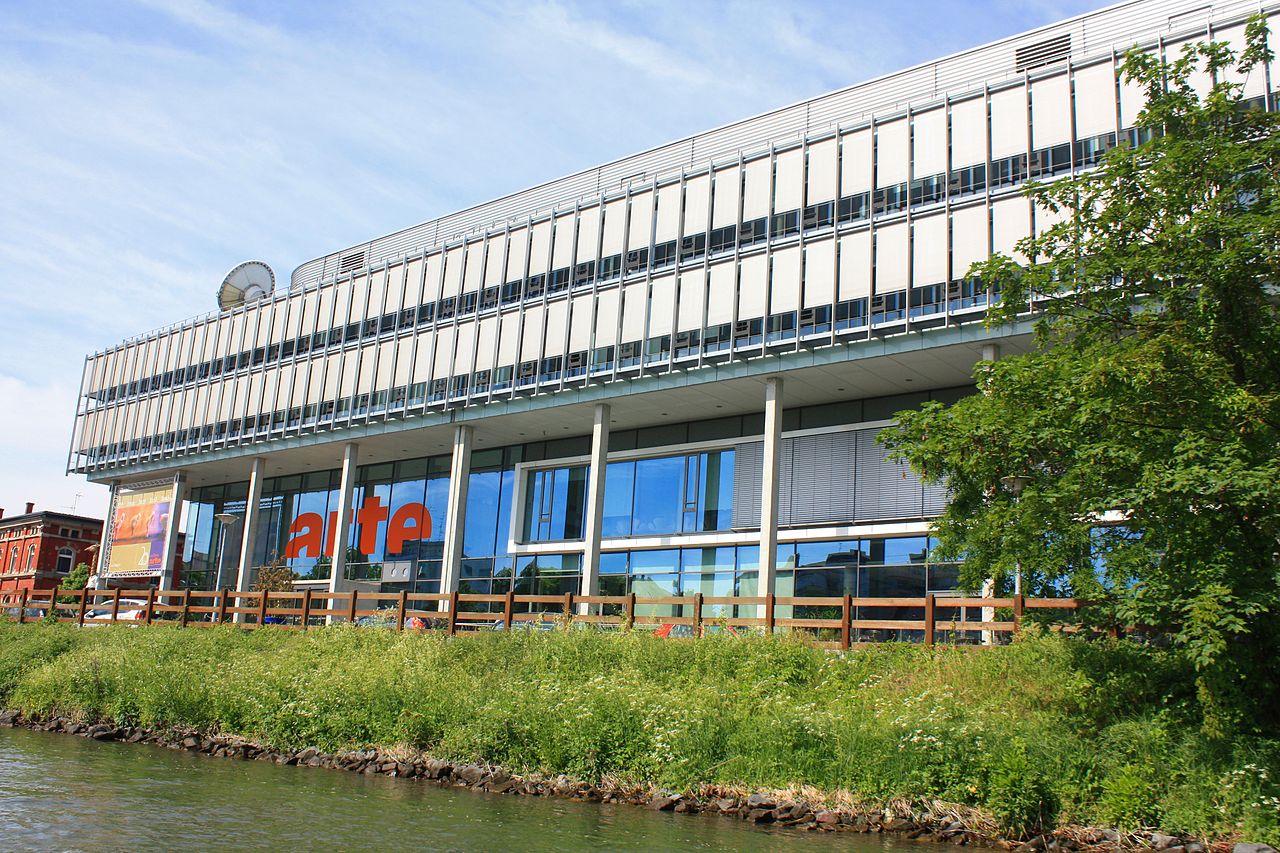 Three-quarters of ARTE’s programming are provided in equal proportion by the two member companies Arte France and Arte Deutschland while the remainder is being provided by Arte GEIE and the channel’s European partners.

ARTE France was formerly known as La Sept (La Société d’édition des programmes de télévision, but also a play on words, given that the name means the seventh (network) and La Sept existed while the fifth network was still La Cinq; it made satellite television programs at the time) and by ARTE Deutschland GmbH, a subsidiary of the two main public German TV networks ARD and ZDF.

Its mission, as described in Article 2 of its formation agreement, are “to conceive and produce television programmes which (…) are cultural and international in character and conducive to promoting understanding and cooperation between Europe’s nations, and to broadcast these programmes or to authorise their broadcast.”

The founding idea behind ARTE is to bring German and French people closer together through shared cultural programmes and thereby promote cultural integration in Europe. Creating a television channel for two audiences was a first in television history and is still an exception in the global TV market today.

Since 1991, ARTE has broadcast the same programmes at the same time in its two language versions in France and Germany. Three-quarters of ARTE’s programmes consist of broadcasts provided in equal proportions by ARTE France and ARTE Deutschland. The remaining quarter is provided by ARTE G.E.I.E and the channel’s European partners.

Since its creation, ARTE has been committed to cultural diversity and multilingualism, convinced that better circulation of European broadcast content can make a considerable contribution to European cultural integration

ARTE began transmission in 1992, filling frequencies left unused by the demise of La Cinq, the first French commercial television network (created in 1986). The opening night on 30 May 1992 was broadcast live from the Strasbourg Opera House.

ARTE started out as an evening-only service. In the daytime, the frequencies were shared with other channels. A public channel called Télé emploi occupied the French frequencies for about a month during 1994, before the start of La Cinquième (now France 5) in December that year. For German viewers, Arte was assigned a frequency on the Astra 1D satellite in late 1994, and it was eventually shared with Nickelodeon Germany, later replaced by the new public children’s channel Kinderkanal.

ARTE usually has more viewers in France than in Germany. Around 2002, its share of overall viewing was about 3–4% in France and about 1% in Germany. In France, Arte was available to almost everyone as one of six analogue terrestrial channels. Relatively few French households received cable and satellite television, and the other terrestrial channels didn’t really compete with ARTE. Meanwhile, thanks to widespread roll-out of cable television, the vast majority of German households had access to about three dozen channels, including several from the public broadcasters with content similar to Arte. After the introduction of digital terrestrial television in France, Arte’s market share has fallen there, while it has been more or less flat in Germany.

ARTE Europe is a project that ARTE is running with financial support from the European Union. It involves broadcasting a selection of ARTE programmes, with English and Spanish subtitles – as well as the channel’s legacy languages (French and German) – on the Internet.

This selection will be available free of charge throughout Europe and, whenever possible, the world. It will comprise 600 hours of programmes in total, which will gradually become available from November 2015 to November 2016.

Documentaries, reports, and live recordings of performances also enhance the online offering. These different programmes showcase ARTE’s cultural and European identity, and the quality of its content.

As linguistic diversity is part of Europe’s cultural richness, this ARTE Europe initiative is aimed at bringing Europe’s citizens a larger choice of high-quality TV programmes.

ARTE Europe is an experiment in international broadcasting that brings content packed with cultural value to the continent.

ARTE offers programmes on all sorts of screens that are free and without advertising. The new media formats complement the on-air programming.