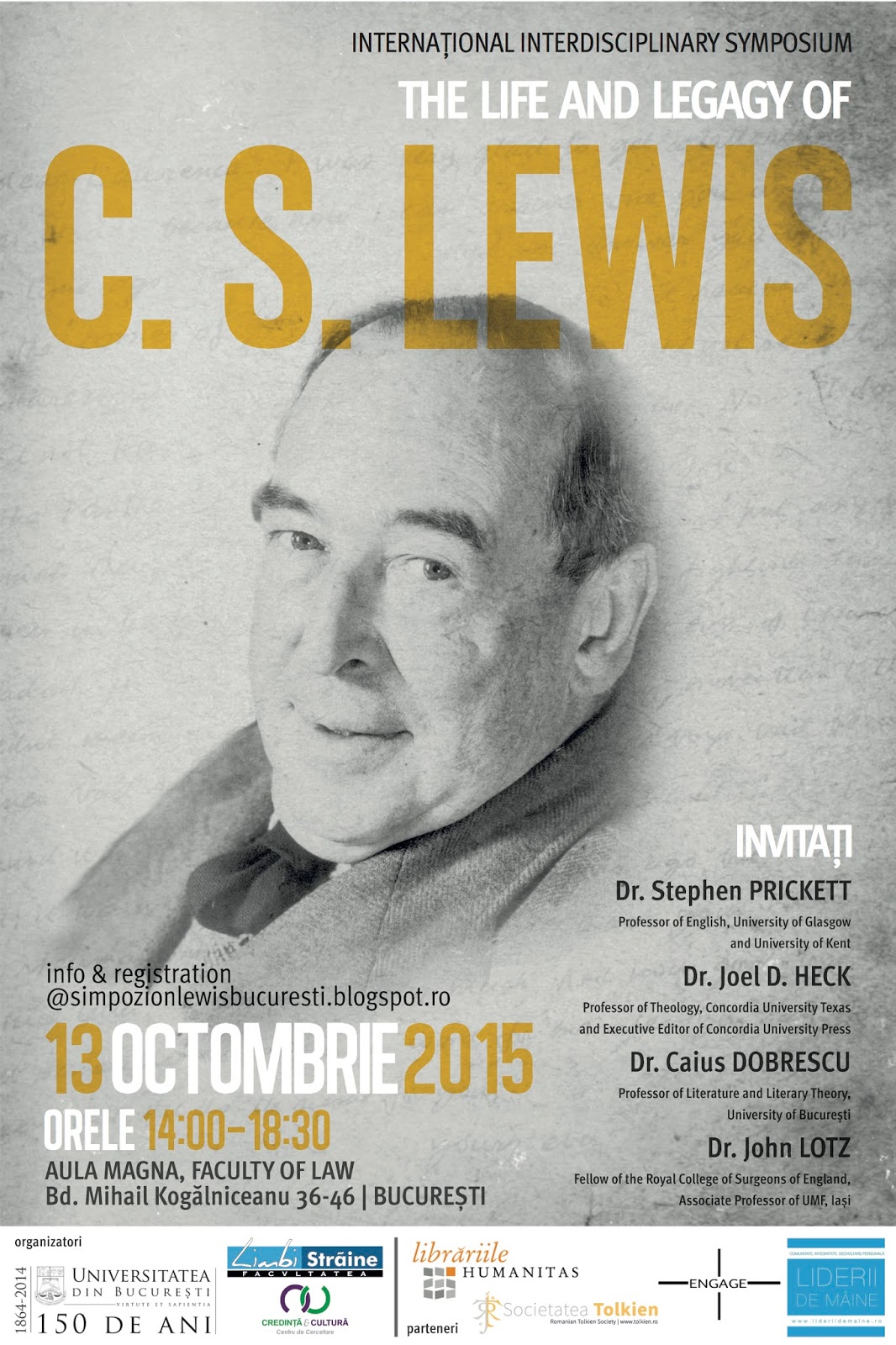 This Interdisciplinary Symposium devoted to the life and work of C. S Lewis is meant to explore the reflections of Lewis’s personal growth in his writings, as well as the ways in which his literary and spiritual legacy has influenced his contemporaries and subsequent generations of writers and thinkers.

Best-selling author of children’s literature, “The Chronicles of Narnia”, C. S. Lewis (1898-1963) was a respected scholar and teacher for 29 years at Oxford University and then a professor of Medieval and Renaissance English literature at Cambridge University to the end of his career. A talented writer, he is one of the twentieth-century great literary figures who opened doors to new worlds of ideas, fantastic discoveries, insights of human experience and enduring questions of human meaning. Covering a wide spectrum of topics, he wrote prolifically in many genres: novels, poetry, fantasy, science fiction, essays, letters, literary history and criticism, as well as apologetics.

“The Life and Legacy of C.S. Lewis”Symposium it is open to both specialists, teachers, students and lay persons who are interested in the Oxford Don’s legacy and influential presence within current culture.

Dr. Stephen Prickett is Regius Professor Emeritus of English at the University of Glasgow, and an Honorary Professor of the University of Kent, at Canterbury. He took his BA and Ph.D at Cambridge (Trinity Hall) and a Dip. Ed. at Oxford (University College) before teaching in Nigeria from 1963-5. From 1967 to 1982 he taught at the University of Sussex, before moving to the Chair of English at the Australian National University in Canberra (1983-89). He is a Fellow of the Australian Academy of the Humanities, former Chairman of the U.K. Higher Education Foundation, former President of the European Society for the Study of Literature and Theology, President of the George MacDonald Society, Fellow of the English Association, and holds an honorary doctorate from the University of Artois, in France. His publications include one novel, nine monographs, seven edited volumes, and over ninety articles on Romanticism, Victorian Studies and related topics, especially on literature and theology. He is also general editor of a new Reader in European Romanticism, a multi-lingual project involving 18 universities in 15 countries, which was published by Continuum in 2010.

Dr. Joel D. Heck is Professor of Theology at Concordia University Texas and Executive Editor of Concordia University Press. He is the author or editor of nine books, most recently editing a reprint edition of The Personal Heresy: A Controversy, a book co-authored by C. S. Lewis and E. M. W. Tillyard and originally published in 1939 and also a reprint of the Socratic Digest. He teaches courses in Old and New Testament, Reformation history, and the life and writings of C. S. Lewis.

Dr. Caius Dobrescu (b. 1966 in Braşov, Romania), is a Romanian poet, essayist and novelist, Professor of Philology  at Bucharest University, specialist in literary theory.