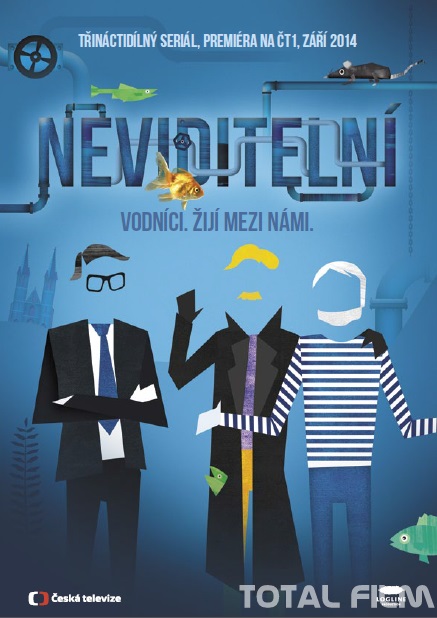 “Neviditelní” (The Invisibles) is a TV comedy/fantasy series, slightly based on famous 1970s comedy “How to Drown Dr. Mrácek” by Václav Vorlíček (one of the best european film directors of SF&Fantasy films).

It´s about secret organization of water spirits, living among ordinary citizens of Prague. Its director Radek Bajgar is known mostly as TV producer so far, but the all-star cast (Jiří Bartoška, Kryštof Hádek, Ivana Chýlková among many others) seems to be promising.

The Czech TV series describes a secret aquarian race who can breathe underwater but have to hide their secret from the rest of humanity is another Walter Presents find which promises to appeal to fantasy and comedy fans alike across the rest of the world. Stars big Czech names Jiří Bartoška, Kryštof Hádek and Ivana Chýlková.

“Neviditelní” (The Invisibles) is an intriguing drama, this time from the Czech Republic. The Invisibles are otherwise known as Aquarians. They’re a secret society of people with the ability to survive underwater. When one of their number unwittingly exhibits his gifts after a failed suicide attempt, their existence is suddenly in danger of becoming common knowledge. Can they keep their secret from the media and the authorities?

A businessman discovers he has a hidden gene that enables him to breathe water, threatening the existence of the secret Aquarian race, in this charming, comedic fantasy from the Czech Republic.

Comic series about water people living under cover among human beings. They look like us, speak like us, but possess an extra gene which enables them to breathe water. Because of mating with “dry” partners, they are slowly losing their miraculous property and their number has been declining of late. Now and then a “wolf” – water person unaware of being one – appears among them. One such “wolf” is the fraudulent lobbyist Laušman, frequent target of the media, who tries to solve his problems by committing suicide by drowning – but finds it impossible. And so he is chased by not just the police but also the water people fearing their exposure and disclosure of the secret of the “magic water” of Vyšehrad.

The Invisibles, has landed without much in the way of a fanfare. The 13-part Czech series is a charming and surreal comedy, partly based on the 1970s film How to Drown Dr. Mrácek The Lawyer (dir. Václav Vorlícek), a much-loved favourite in its country of origin. The show shares the film’s lightness of touch and absurdist sense of humour, and is a comforting and pleasurable viewing experience – in an gentle, Sunday-evening, Last of the Summer Wine kind of way (albeit ever so slightly edgier than Nora Batty’s wrinkled stockings).

Set in a gorgeous-looking Prague, The Invisibles introduces us to the world of ‘nixes’, a species of people who have an extra haemoglobin, which means they can breathe underwater – a kind of half-human, half-fish, which has existed alongside humankind since the dawn of time. While staying underwater saved them from extinction centuries ago, when Catholics tried to destroy their race through mass genocide, their special power is less useful in the latter day (although it does allow them to excel at synchronised swimming).

Over time, the nixes have developed their own traditions. After praying to their fishy God, they say Salmon instead of Amen; they greet each other with the words “It needn’t rain, it needn’t rain, as long as it’s drizzling”; and instead of shaking hands, they make a wave motion over their foreheads. They dream of holidays in beautiful, clear lakes where the fish just swim into their mouths; their tipple of choice is vintage Scottish water, and they get high after their dinners of pickled frogs and goldfish by inhaling from bongs filled with chlorine.

They are, in other words, much like the ‘landlubbers’ who have relegated their existence to legend, but with their own customs and political and religious hierarchies, which are guarded very carefully. But their secret society is blown out the water, so to speak, with the very public suicide attempt of a corrupt tycoon lobbyist, whose specialised subject is fraud with a capital F.

Ivan Lausman (Jirí Langmajer) finds himself, at the opening of the series, under investigation for his numerous dodgy dealings, and decides to drive himself into the river Vltava. Unbeknownst to him, he is a nix, and his rescue and resuscitation, which is broadcast live on news TV channels, is deemed something of a miracle, having been submerged for 12 hours. But while the humans write it off as a stunt designed to take the heat off the criminal investigations he is facing, the nix community are concerned that their secret society will be discovered. 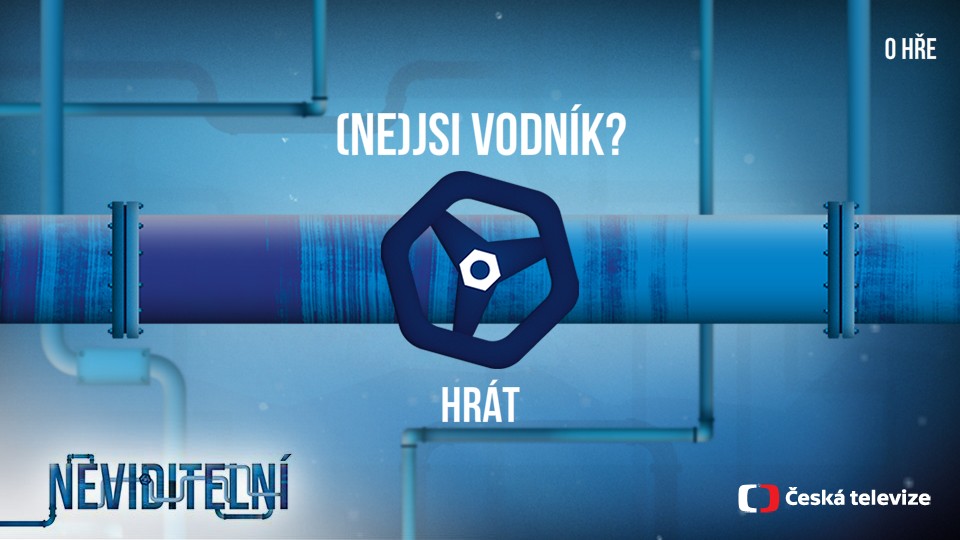 Lausman, it turns out, is a ‘wolf’ – born to dry parents but with a dormant ‘aqua gene’ of which he was unaware. This provokes a number of reactions from the nix community – some want to kill him, and some want to use him as a catalyst for them to ‘come out’ to the landlubbers at large. Some even think he is their Messiah, a theory that gains more traction when Lausman discovers a freshwater spring in the depths of Prague, which holds the promise of eternal youth.

He is thus taken in by the nixes and their wonderful cast of characters – Hubert, a bigshot in the Czech ‘Freshwater Alliance’, and his wife, Nora, who seek someone of pure nix lineage to marry their son Robert; the leftwing revolutionary Eduard, who wants the world to know about the existence of the nixes, and his daughter Johanna, who works at the nix hospital; and the Dryads, three beautiful and deadly Sirens who serve the Freshwater Alliance. On dry land, meanwhile, Monika, Lausman’s dim yet good-natured girlfriend (obsessed with handbags and losing weight), is desperate to get her boyfriend back, while the police double-act of Eva Jara and Standa Ptrelka, investigating the fishy goings on, are not-so-hot-on-the heels of Lausman, leading to farcical wild goose chases and cases of mistaken identity.

This is not a TV show which takes itself too seriously – although it is ‘high concept’, it has a rather old-fashioned feel about it, and a laid-back, meandering tone. There are no cliff-hangers, as such, and even when bad things happen, they are glossed over in favour of a lighter, frothier feel. Buoyed by terrific performances, The Invisibles is a leisurely breast stroke rather than a crawl – one can only hope it doesn’t sink without a trace.