“There is no better place than Transylvania for a festival focused on vampires” – Peter Phillips, organizer

From Stoker to Rice; from Nosferatu to classic Hammer onto “Twilight”, “The Strain” and beyond – the vampire genre is the world’s most enduring and influential horror genre straddling film, television, literature, theatre, games and new media.

Vampire lore has always been a favorite among movie goers. The movies bent the line between the full fledged villain and the anti-hero and to this day, we crave for good stories about these immortals. Their trials and tribulations, from horror flicks to parodies and not even once forsaking the Young Adult genre, the stories about the eternally damned will always seek fresh blood.

This year at the International Vampire Film and Arts Festival, a perfect mix was achieved. An academic symposium, a movie competition and screenings.

This Academic Symposium bringed together vampire academics and media-makers from across the World in one cross-industry event – an exciting four-day programme of film screenings, book launches, readings, theater, seminars, workshops, tours, networking events, a trade fair and parties. The Symposium was ran alongside the wider Festival and took place within the walls of the dramatic medieval citadel that was the birthplace to the real Vlad Dracula. 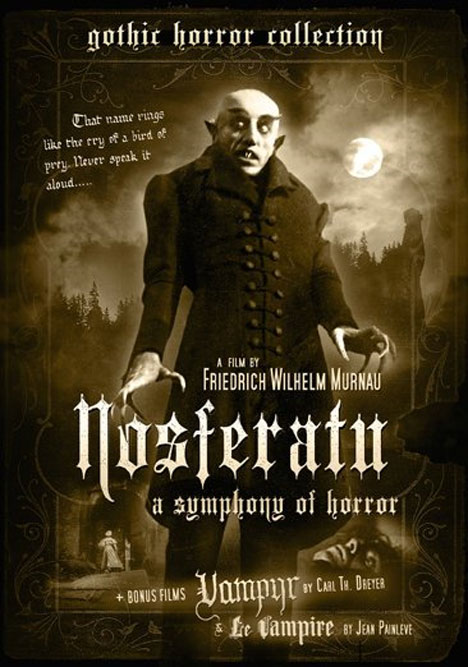 For the Mobisodes category  (films made on smart phones and mobile devices), ‘The Golden Stake’ Award was given to the film “The Disturbers (Belgium) and ‘The Silver Stake Award” has been assigned to the  movies: “I am Here” (Spain), “Lick” (Spain), “News Interrupted” (Germany) and “Red Chains” (Russia). 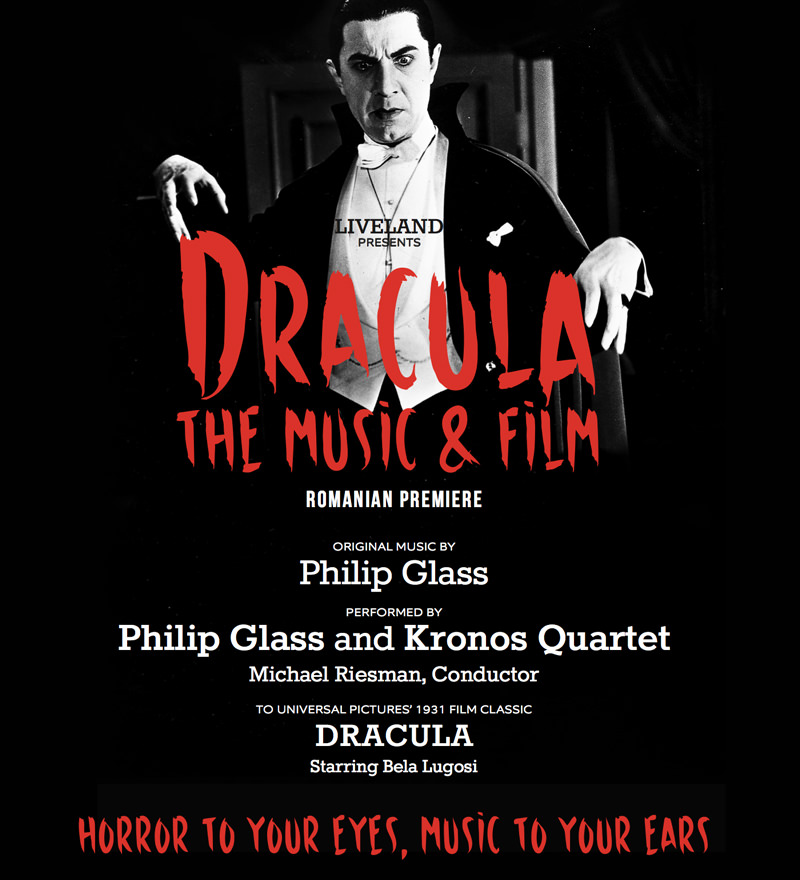 Two Welshmen have teamed up with the Romanian tourist board to put on the world’s first International Vampire Film and Arts Festival in the birthplace of the real Vlad Dracula.

Craig Hooper, 44, from Rhoose, who runs the journalism course at the University of South Wales , said inspiration struck during a family holiday to Romania and Peter Phillips, from Creigiau, Cardiff , the man behind the hugely successful Porthcawl Elvis Festival, as the pair had met when Craig was working on a documentary about Elvis.

Some say that He is a blood sucking tiran who spares no living soul, others that He is a great ruler who fougth for the freedom of his people…

Well, we, as His humble servants know best.

And since our Lord is gone on a tour around his castle, we will share some secrets with you, curious visitor, about Transylvania and her Greatest and Most Feared Count.

Founded by Transylvanian Saxons during the 12th century, Sighișoara (Schäßburg in German) still stands as one of the most beautiful and best-preserved medieval towns in Europe.

It is also the birthplace of Vlad Dracula, also known as Vlad Tepes (Vlad the Impaler), ruler of the province of Walachia from 1456 to 1462. It was he who inspired Bram Stoker’s fictional creation, Count Dracula.

His house is just one of the many attractions here. Others include the Church on the Hill with its 500-year-old frescoes, the 13th century Venetian House and the Church of the Dominican Monastery, known for its Transylvanian renaissance carved altarpiece, baroque pulpit, Oriental carpets and 17th century organ. 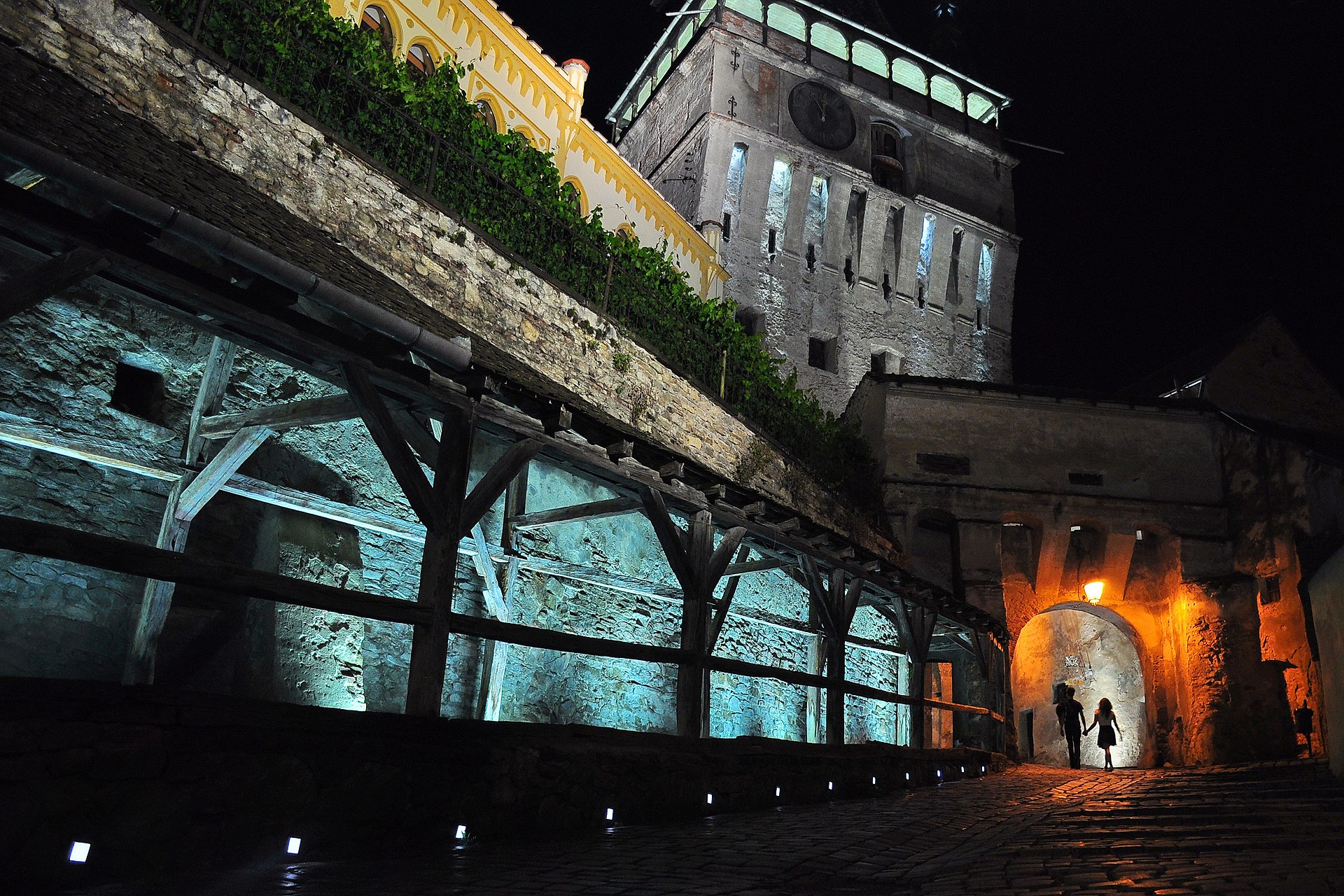 Sighișoara’s citadel was built in the 12th century, when it was known as Castrum Sex (Fort Six), and was further strengthened and extended in the 15th century. The name must have existed long before, as the Saxons built their walled town on the ruins of a former Roman fortress. In 1298, the town was mentioned as Schespurch, while in 1367 it was called Civitas de Seguswar. The name of Sighisoara was first noted in a written document issued by Vlad Dracul, Vlad the Impaler’s father, in 1431.

In the 14th and 15th centuries, the economic growth recorded by Sighisoara’s industrious craftsmen and tradesmen ensured financial means for the construction of a strong defense system provided with 14 towers and several bastions provided with gunnery directed to all four cardinal points. Each tower was built, maintained and defended by a craft guild. Among the most striking is the 14th century Clock Tower. This tower controlled the main gate of the half-mile-long defensive wall and stored the city’s treasures.

Sighisoara was not the biggest or richest of the seven Saxon walled citadels* in Transylvania, but it has become one of the most popular. A walk through the town’s hilly streets with their original medieval architecture, magical mix of winding cobbled alleys, steep stairways, secluded squares, towers, turrets and enchantingly preserved citadel, is like stepping back in time.

* The seven walled citadels populated by the Saxons of Transylvania were known in German as the Siebenbürgen.

The Vlad Dracul House is located in the Citadel Square, close to the Clock Tower. This ocher-colored house is the place where Vlad Tepes, the inspiration for Bram Stoker’s famous Dracula, was born in 1431 and lived with his father, Vlad Dracul, until 1435 when they moved to Targoviste. A wrought-iron dragon hangs above the entrance. The ground floor of the house serves as a restaurant, while the first floor is home to the Museum of Weapons (see museum details).

For his deeds, the Order of the Dragon was bestowed upon him, hence the title Dracul (the Latin word for dragon is draco). While in medieval lure dragons served as symbols of independence, leadership, strength and wisdom, the biblical association of the devil with the serpent that tempted Adam and Eve, gave the snake-like dragon connotations of evil. Thus, the Romanian word Dracul stands in English for both dragon and devil.

Benefiting from the friendship of the Hungarian king, Sigismund I of Luxembourg, Vlad II Dracul, the father of Vlad Tepes, spent his youth at the royal court and later distinguished himself as a brave knight in the fight against the Ottoman Empire.

Dracula, the title of Vlad Tepes, translates as Son of Dracul. 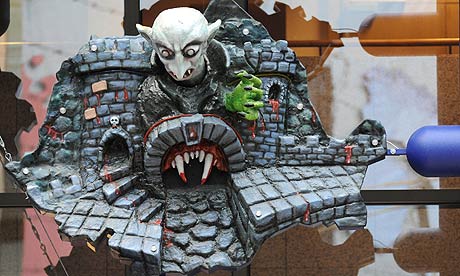