“Europe remains a central figure in the global system. The European Union’s economy is the largest in the world, taken collectively, and the European Continent remains a center of global commerce, science and culture… And when a Continent as important as Europe redefines itself, the entire world will be affected… That the major political & economic centers of the world are completely out of synch with each other, not only statistically but also structurally, indicates that a major shift in how the world works may be underway“. – An US political scientist

To a lesser or greater degree, for any ordinary European consumer of “sci-fi” or simply, of  “imaginary”, the continent is an unknown world, hardly researched and explored.

We know next to nothing about the Norwegian SF&F. Nothing about the Luxembourg one. Very little about that one existing in Bulgaria, a country which is two steps away from us. Is there SF&F, are there authors and readers of the imaginary domain in Estonia? We suspect there are, it is reasonable to assume that there is an Estonian SF&F and there are in Estonia people reading and writing books, so it would be unlikely that none among the Estonian authors wouldn’t be interested by SF&F. Only that we assume that such writers are almost totally unknown to the European general public.

Of course, there are European areas with a higher probability to have an strong SF&F universe, a consistent publishing market, many writers and fans.

For example, France. We know that in France the SF&F  is well developed, that there are plenty of dedicated events, a functional editorial market, and therefore, a dedicated audience.

Another example: Italy. We know or suspect that in Italy, as in France, SF&F has a busy life, supported by numerous authors and fans.

However, if we’ll ask an European SF&F fan about the latest titles published on France or in Italy, the fan will shrug. The fan will possibly mention Jules Verne, Serge Brussolo, Gérard Klein or Lino Aldani and Roberto Quaglia and … that’s all about it.

The same or even worse if we refer to Germany, to Hungary, the Netherlands or any other European country.

Things are completely otherwise if we refer to the British SF&F: we know lots of British SF&F authors, we’ve read their books breathlessly. 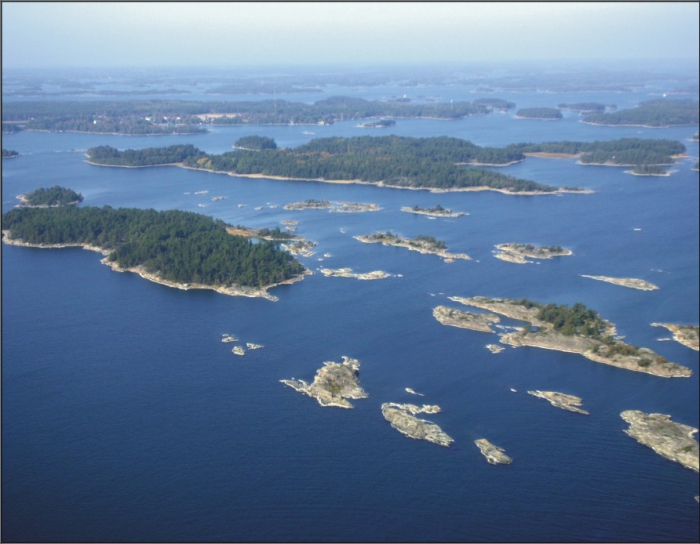 An explanation at hand, supported by many: the Euro-Continental linguistic mosaic. It is difficult to find a good professional translator from a European language to another except, of course, French, English and possibly German and Spanish. In my opinion, this explanation does not fully cover the grounds that EUROPA SF is a continent unknown to its inhabitants.

Maybe because Europeans are not interested in their own universe? Possibly, but things were not always as so. Let us remember the 1960-1970s when Eastern European authors were discovered and translated in the West. Western authors penetrated the Iron Curtain and were published in the East. In Romania, books by Gérard Klein, John Brunner, Lino Aldani, Herbert Franke, Karel Čapek, Strugatsky brothers, Gennady Gor, Vladimir Savchenko, Günther Krupkat, Liuben Dilov, etc. were translated and published. Within the romanian SF magazine, Colecția Povestirilor Științifico-Fantastice (The Collection of the Science Fiction Stories) and Anticipația Almanach, short stories signed by Sam Lundwall, Jon Bing, Michel Demuth, Igor Rosohovatsky, Konrad Fialkovski, Lino Aldani and many, many others were published.

And many SF anthologies offering spectacular views of the science fiction from other European countries. Let us remember the Un pic de neant (A Bit of Nothingness), which brought us a number of relevant French SF authors or Fantascienza which gave us a picture of the Italian science fiction. On the other hand, Romanian SF authors were translated in Europe, there are examples, you know them better than me and I would not want to subvert a writer or another by omission.

There was a period of national SFs diffusion in a larger space, a continental one, which today, unfortunately, almost dissapeared. Let us remember the British New Wave that emerged in the 60s, who explored and proposed new means of expression. This British SF avant-garde  influenced mainland, but encountered specific adaptations or mutations throughout Europe, so the whole continent experienced cultural enrichment, and a remarkable diversity.

Paradoxically, after the fall of the “Iron Curtain”, the situation changed. The tremendous commercial pressure exerted by the US SF&F (existing even in Eastern Europe during the 1970-1980s, but under control), managed to gradually impose after 1990, a set of „pulp sci-fi” models, leading to a sterile mimicry, and inevitably to a general loss of quality. Europe has become an cultural archipelago, islands that do not communicate with each other, just enthusiastically supplying themselves from a single source. Europe’s SF&F center moved across the Atlantic, and Europeans are estranged and alienated from one another.

Unfortunately, things were and are the same for the Romanian SF&F in terms of its direct relationship to Europe: we are little or not at all known in most countries of the European continent. And believe me, I can effortlessly mention at least 15 Romanian SF&F contemporary authors which could be immediately translated and that really are deserving to be read from the Atlantic to the Urals.

We are all synchronized with the Anglo-Saxon genre fiction, we know something about the French and Italian and Spanish SFs, but we consider the other countries, just exotic and colorful alien landscapes.

A Portuguese SF&F author is nothing but a curiosity, somewhat similar to the bizarre news announcing that in Bucharest some anonymous authors from Mars were spotted.

As long as EUROPA SF is an unknown, unmapped, unexplored continent, without communication ways between the entities that inhabit it, us, Romanian SF&F authors, we will be just a godforsaken Amazonian tribe, dressed in Coca Cola or Ford T-shirts.

However, one can guess the seeds of change, even in the case of this grim cultural landscape.

For several years, a number of European entities, either authors or organizations, relaunched the cultural dialogue with their counterparts in Europe. We started to open channels of communication, pathways to the „white spots” of the European continent. We began to discover with delight that in Luxembourg, Norway, Spain, Iceland, Czech Republic, Greece, Russia, Germany, and wherever you want, there is a qualitative speculative fiction published. But the most important thing, in my opinion, is that everywhere in Europe there is desire for knowledge. EUROPA SF, the Pan-European Speculative Fiction Portal, a Romanian initiative, of the Romanian Science Fiction &Fantasy Society, coordinated by Cristian Tamas with the help of some colleagues from Europe, shows clearly that everyone would want to talk with each other. Which gives me hope that, in time, all those white areas will be populated with cities where people live, dream and love, and maybe are writing and reading  speculative fiction, too. And I am convinced that sooner or later their authors will be ours and our authors will be theirs.

Thank you and Happy New Year !

Own texts in anthologies:

Can Environmental SF Help Save Our Planet ? – Nina Munteanu (Canada)

Europa SF at the beginning