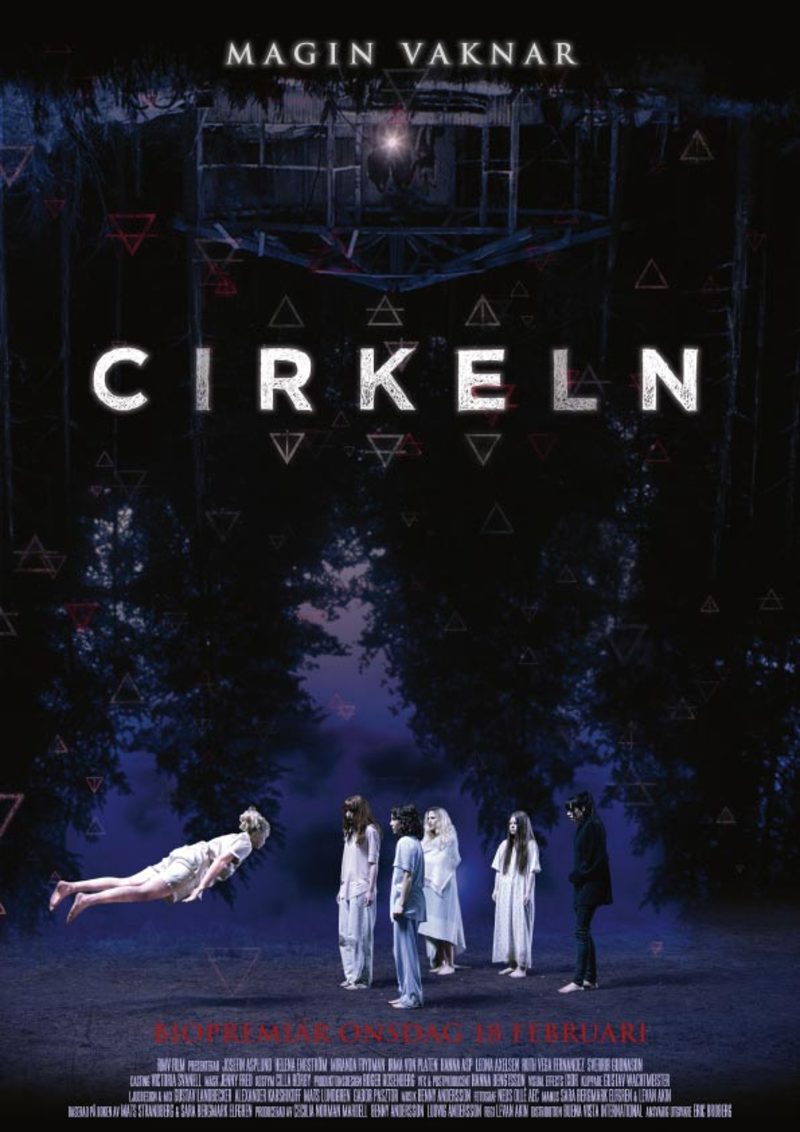 “The Circle” (Cirkeln) is a Swedish fantasy film produced and scored by Benny Andersson (ABBA) and directed and co-written by Levan Akin based on the best selling novel The Circle (Cirkeln),  a Swedish young adult fantasy novel written by Mats Strandberg and Sara Bergmark Elfgren. The novel won Bokbloggarnas litteraturpris which is awarded by major Swedish book bloggers, as well as Bokjuryn, where over 30,000 Swedish children and young adults vote for their favourite books, and it was nominated for the August Prize youth award in 2011. Random House released the English translation in the U.K. on June 7, 2012, and in other English-speaking countries during the summer of 2012.

Mats Strandberg’s and Sara Bergmark Elfgren’s “The Circle” from 2011 is the first in a supernatural trilogy for young adult readers (followed by Eld – “Fire” – and Nyckeln – “The Key” : The Engelsfors Trilogy) and has become an international hit, translated to 20+ languages. See http://en.wikipedia.org/wiki/The_Circle_%28novel%29

It has now become a film with a music score by no other than Benny Andersson of ABBA fame. Benny also produced, as well as putting up the money for the film to become a reality (after a conflict with the original film company). “The Circle” (Cirkeln) was first screened on the recent Berlin International Film Festival and had its Swedish premiere on February the 18th, to favourable reviews in Swedish papers. The big morning paper Dagens Nyheter gave it the score 4 out of 5. The paper praised the manuscript (by Sara B.Elfgren, also author of the original novel) and the cast of half a dozen young actresses, most of them debutants. Benny Andersson’s music was also given a favourable review. More about the film: http://en.wikipedia.org/wiki/The_Circle_%282015_film%29

The plot is about six high school students in the sleepy, fictitious Swedish town Engelsfors, who suddenly learn they are witches! And they are the only ones who can save the world from evil and destruction. The story balances between the complicated teenage school life and the supernatural.

The Science Fiction Bookstore in Stockholm had a packed meeting about the film a few days before the premiere. The audience of 90+% teenage girls could meet much of the film’s cast and the director, as well as the authors Strandberg and Elfgren Bergmark.

The meeting was packed, as said. Your’s Truly was lucky getting a seat towards one of the sides. Many had to sit on the floor. The cast talked about who they were and what they thought about their characters in the film. The cast was at first strangers to each other, but became a rather tight gang after a while. All of them thought that the filming was just about the best thing they had done in their lives. And the two original authors present, Mats and Sara, talked about how they got the idea for their trilogy, and how they worked when writing together. Sara had worked with movie scripts before, so it was natural that she took it upon herself to write the film adaptation. They now work on new projects, but there will be nothing more connected to the Engelsfors trilogy.

For the film the plot had to be compressed, of course. Some minor characters from the novel had to be scrapped. Despite this “The Circle” is nearly 2.5 hours long, cut from a original rough version of a massive 4 hours! (That could maybe be something for a later DVD release?) When the novel was first picked up to be filmed, a conflict emerged between the authors and the original film company, which simply wanted to change too much of the plot. It made quite a few headlines in Swedish papers when Strandberg and Elfgren Bergmark publicly denounced the proposed script and withdrew the rights to film it. Ludvig Andersson (co-producer), however, had read and liked the book and convinced his father Benny to put up some of his ABBA money to finance the film.

From the attention “The Circle” seems to be getting now (even internationally) it’s not a bad bet that books two and three of the trilogy will also hit the silver screen in due time.

Sf and fantasy hasn’t been very big in Swedish film and TV, but something changed with “Let the Right One In” (2008; from John Ajvide Lindqvist’s successful vampire novel) and the TV series “Real Humans” (first season 2012). A third season for the latter has not yet been decided, but Swedish TV has recently began showing a new genre series, “Jordskott” (approx “Earth roots” or “Earth shot”), dealing with supernatural mysteries and Nordic mythology, which may become the next export. Swedish sf and fantasy has finally come to the screen – to stay.

“The Circle” (original title: Cirkeln) is a Swedish fantasy film produced and scored by Benny Andersson and directed and co-written by Levan Akin, based on the best selling novel „The Circle” (Cirkeln). It’s the first in an intended trilogy of films based on Engelsfors (a fictional rural town). A film adaptation was to be produced by Filmlance with Levan Akin set to direct and Sara Bergmark Elfgren as script writer in 2013. The production was put on hold due to disagreements between the authors and Filmlance. Akin left the project as well. Benny Andersson’s son Ludvig brought the novel to his attention and he bought off the rights to produce the film, more faithfully than Filmlance intended. Open castings for young girls who could play the leads were held all over Sweden.

The film was screened at the 2015 Berlin International Film Festival, and it was released in Swedish cinemas on 18 February 2015.

The film follows Rebecka, Minoo, Vanessa, Anna-Karin, Ida and Linnea, all of whom are first-year students at the same secondary school. The apparent suicide of Linnea’s “brother in all but blood” Elias becomes the start for a series of strange events in the town, as the 6 girls discover they are witches chosen to save the world.

Strange things are going on at a high school in an average small town. It all starts with a dead pupil. He is found lying with slit wrists in the school lavatories one morning. Everyone believes it to be suicide, except for the boy’s girlfriend. Then several schoolgirls discover they have supernatural powers, though none of them knows about the others. Yet, in accordance with an ancient prophecy, they all eventually meet in a magical place. They are the chosen ones – six witches who can save the world from being destroyed by demons. In order to do this, they must stick together. This is far from easy, since each has her own background and each is as different from the others as she can possibly be. Danger is lurking everywhere and the enemy is close. Before long more mysterious deaths occur. The headmistress somehow seems to be caught up in murky dealings. Everything points to a mighty clash of magical powers. Afterwards evil will not have been banished from the world. Cirkeln is an adaptation of the first of a popular trilogy of Swedish novels.

The film was shot in Södertälje, Lidingö and Vuollerim. After the Berlin Film Festival screening, Screen International wrote about „The Circle” that it was “emotionally literate” and that the characters had “an unexpected degree of depth”. 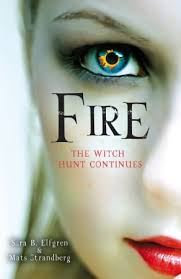