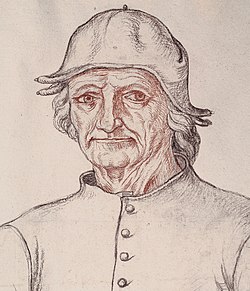 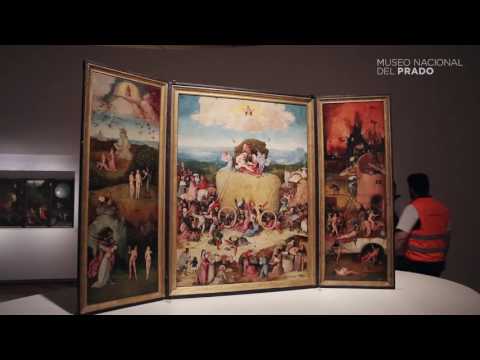 The Museo del Prado is presenting the exhibition that marks the 5th centenary of the death of Hieronymus Bosch (on display until 11 September 2016), representing an unrepeatable opportunity to see a remarkable group of works comprising the eight original paintings by the artist to be found in Spain together with others loaned from collections and museums around the world. This represents the greatest number of Bosch’s works ever to be assembled, created by one of the most enigmatic and influential artists of the Renaissance. As such, the exhibition will encourage visitors to look deeper into his personal vision of the world through the spectacular installation in which Bosch’s most important triptychs are shown free-standing in order for both the fronts and backs to be visible. 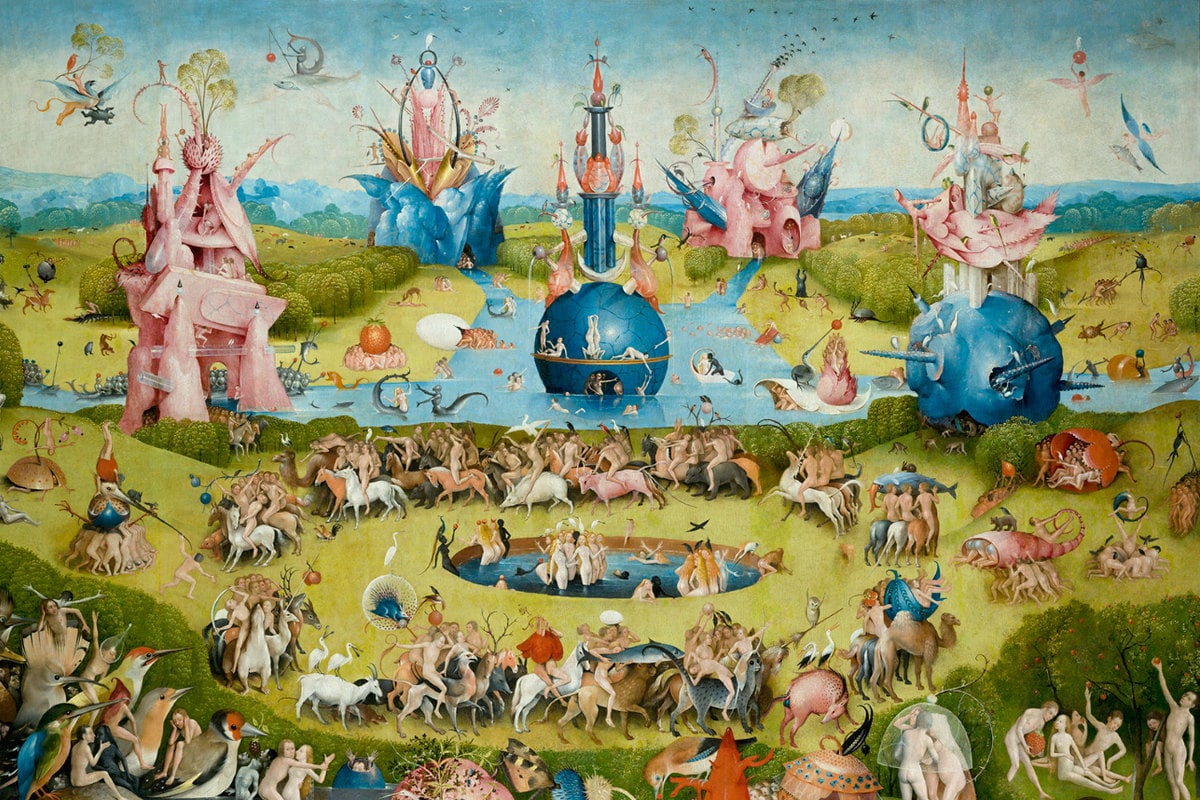 “Bosch. The 5th Centenary Exhibition” focuses on the artist’s original works and is divided into seven sections. The first, “Bosch and ’s-Hertogenbosch”, locates visitors in the city where the artist lived throughout his life. Given the monographic character of this exhibition and due to the difficulty of establishing a chronology for Bosch’s works, his output has been divided into six thematic sections: “The Childhood and Ministry of Christ”; “The Saints; From Paradise to Hell”; “The Garden of Earthly Delights”; “The World and Men: Mortal Sins” and non-religious works; and “The Passion of Christ”.

The exhibition also includes works produced in Bosch’s studio or by followers from now lost originals. Another group, which includes paintings, miniatures, engravings by Alart du Hameel, reliefs by Adrien van Wesel and the manuscript of the Comentario de la pintura by Felipe de Guevara, allows for a better understanding of the context in which Bosch produced his works, the personality of some of his patrons, such as Engelbert II of Nassau, and the status of painting in the 16th century.

Thanks to Philip II’s interest in Bosch, Spain has the finest group of original paintings by the artist, all of which are included in the exhibition.

The Prado, which together with Patrimonio Nacional inherited the Spanish royal collection, now houses six of his works, including the triptychs of The Garden of Earthly Delights, The Adoration of the Magi and The Haywain. These are now joined by Christ carrying the Cross from El Escorial, which has been generously sent by Patrimonio Nacional from the exhibition Hieronymus Bosch and El Escorial in order to be present in this one; and Saint John the Baptist from the Fundación Lázaro Galdiano, one of the best acquisitions made by the collector José Lázaro. These works can be seen alongside loans from Lisbon, London, Berlin, Vienna, Venice, Rotterdam, Paris, New York, Philadelphia and Washington, among other cities, making this exhibition a unique opportunity to enter the imagination of one of the most fascinating painters of world art. The exhibition’s importance lies in the benefits that both the general public and experts alike will derive from its contemplation. In this sense, it is not only important but also necessary. The fact that for the first time it brings together most of the artist’s masterpieces will decisively contribute to resolving some of the questions that relate to his work, both with regard to establishing his corpus and reconsidering issues of dating. Only the Museo del Prado is able to accept a challenge of this nature and the exhibition has been in preparation for many years. Firstly, through the systematic restoration of the paintings, thanks to the support of Fundación Iberdrola as a Benefactor Member of the Museum and the Sponsor of its Restoration Programme. In the months leading up to the exhibition this campaign has culminated with the restoration of The Adoration of the Magi Triptych, one of the artist’s masterpieces and a work whose beauty and quality are now even more evident, in addition to the restoration of The Temptation of Saint Anthony, which has regained its original arched top, an element that allows for both a better appreciation of the composition and an assessment of this unique version of a subject so often depicted by the artist.

In addition, the Museo del Prado, which is a pioneer in the technical study of Bosch’s painting, has re-analysed his works using the most advanced scientific methods. Visitors to the exhibition can see the results of these studies in the infra-red reflectograph and the X-radiograph of The Garden of Earthly Delights, which reveal the creative process behind the work and show the surprising changes that Bosch made between the start of the under-drawing and the completion of the pictorial surface. The results of this research into Bosch’s work at the Prado, led by Pilar Silva, have been included in the accompanying catalogue, which also has contributions by leading experts on the artist such as Eric de Bruyn, Paul Vandenbroeck, Larry Silver, Reindert Falkenburg and Fernando Checa. 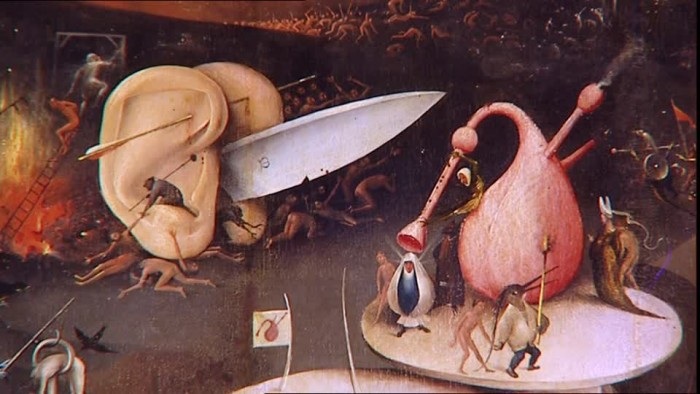 Finally, as part of the complete and extensive programme of activities organised in conjunction with the exhibition, from 4 July, Room C of the Museum will have an audio-visual space entitled Infinite Garden, specially created by the artist Álvaro Perdices and the filmmaker Andrés Sanz. 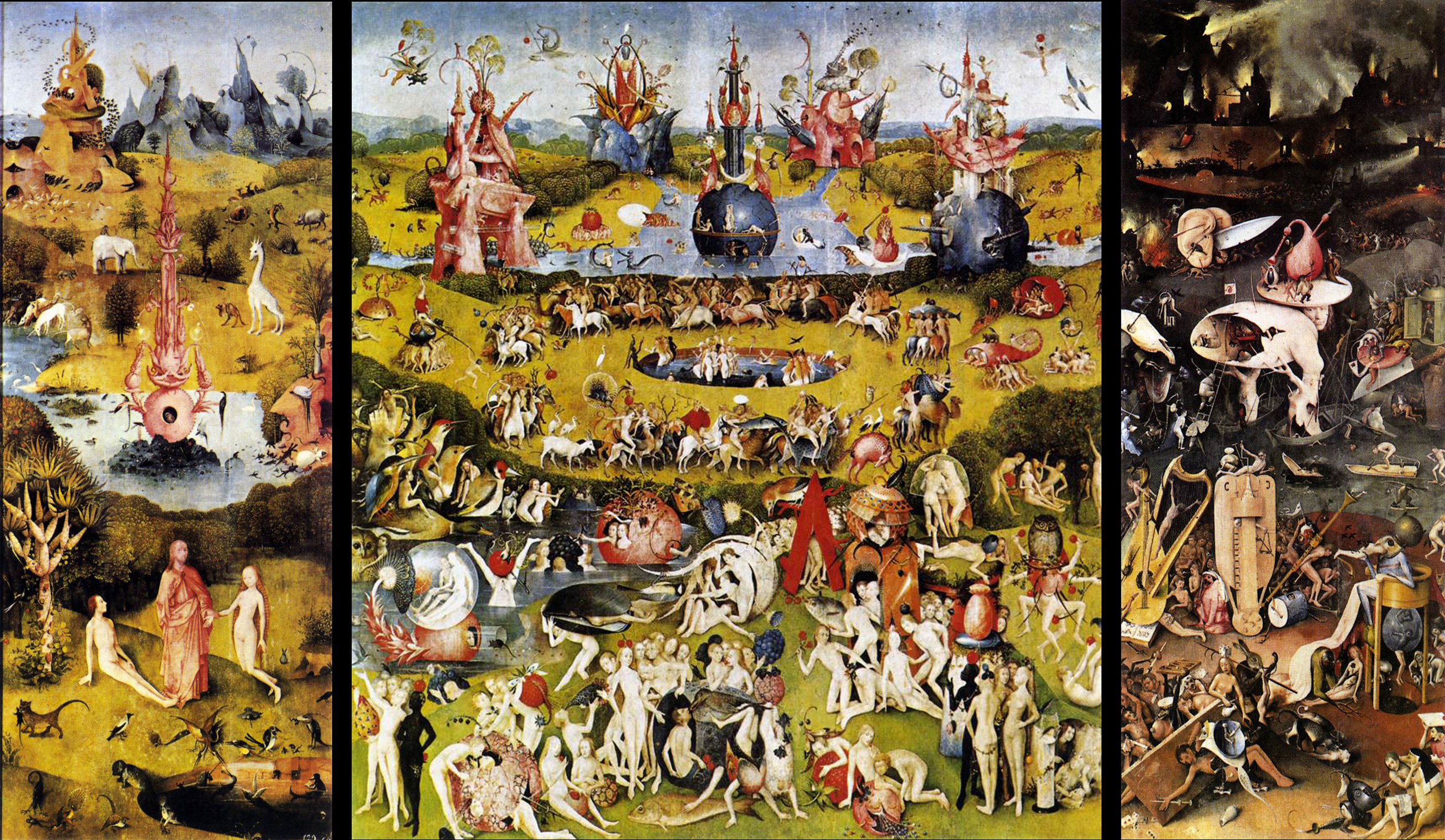 In the light of the anticipated interest in this event, the Prado will be remaining open later for the exhibition (two hours more a day from Fridays to Sundays) and advance purchase of tickets is recommended. 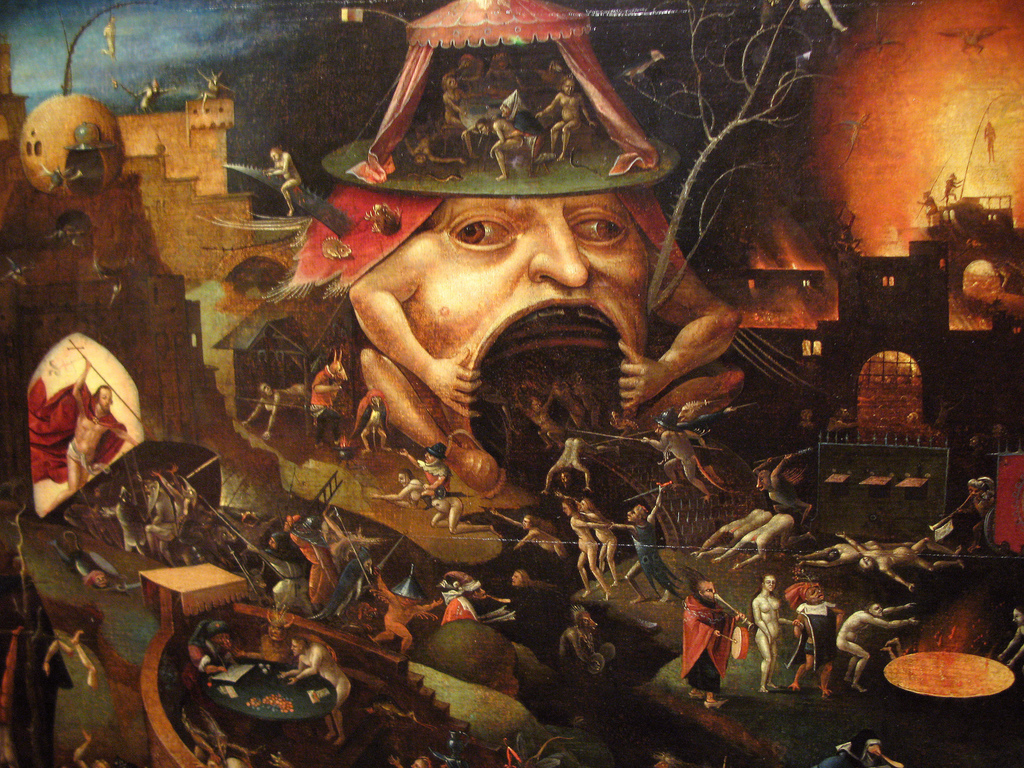 Hieronymus Bosch is actual as ever :

The Autumnal Edition of SF2 Concatenation Is Now Up