The British Book Industry Awards, which celebrate the greatness of the British book trade and the people behind it – the best books, the best writers, the best bookshops, the best publishers – from industry greats to those starting out, have been awarded in the following categories:

Children’s Book of the Year

Debut Fiction Book of the Year

Non-fiction Book of the Year

Fiction Book of the Year

Building on the success and legacy of The Bookseller Industry Awards (the trade “Nibbies”), 2016 marked the first step, and a step-change, in the way the book trade presents itself to itself and to the wider world. The new name places the emphasis on the book. Whether in print or e-book format our mission is to recognise the trade’s successes in getting more books in the hands of more readers.  We want to recognise the very best that has been produced by our own authors and publishers. From a new home at The Grosvenor House to a full-scale expansion of The Books of the Year, everything has been geared to championing our successful and vital creative industry. Awards night itself was a huge celebration of the best of the book trade and a pivotal date in the calendar.

The complete revamp of The Books of the Year creates high profile recognition of books that have been superbly written and brilliantly published. Winning one of the four categories – children’s, adult fiction, non-fiction and debut – or the overall Book of the Year is a huge accolade for author and publisher alike.

Andrew Michael Hurley’s debut “The Loney” (John Murray) won the 2016 British Book Industry Book of the Year Award. “The Loney” was the Debut Fiction finalist, and won the overall award over finalists from Fiction, Non-Fiction, and Children’s Book categories. 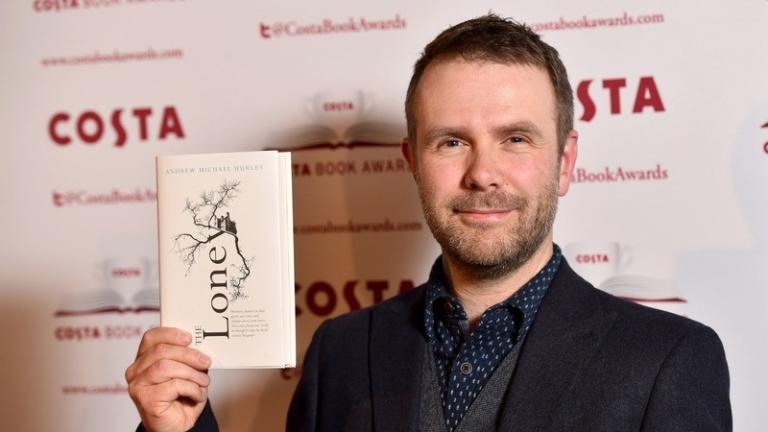 Andrew Michael Hurley (born 1975) is a British writer whose debut novel, “The Loney“, was published in a limited edition of 300 copies in 2014 by Tartarus Press and was published under Hodder and Stoughton’s John Murray imprint in 2015. He was interviewed on BBC Radio 4’s Open Book programme “British Gothic” in October 2015.

“The Loney” has been reviewed in The Guardian and The Telegraph. It is set in the area of Morecambe Bay in north west England, described in the text as “that strange nowhere between the Wyre and the Lune“.

Hurley has said that the novel’s two starting points were “to write a kind of dark version of the Nativity […] and exploring ideas of faith and belief” and “various wild, lonely places on the north west coast of Lancashire […] a sense of imminent menace or dormant power lying just under the sand and the water“.

It is the winner of the 2015 Costa Book Awards First Novel Award as well as the British Book Industry award for best debut fiction and book of the year.

He lives in Lancashire, where he teaches English literature and creative writing.

“Planetarium”, A Film By Rebecca Zlotowski