The Jamie Bishop Memorial Award is a prize for a critical essay on the fantastic written in a language other than English granted by the International Association for the Fantastic in the Arts.

Jamie Bishop (1971-2007) was the son of Michael Bishop, an award-winning science fiction writer, and Jeri Whitaker Bishop, an elementary-school counselor; he grew up in Pine Mountain, Georgia, the family’s hometown since 1974, and attended school there as well as in Athens, Georgia, and in both Kiel and Heidelberg, Germany. Jamie was an artist and a craftsman as well as an instructor of the German language at Virginia Polytechnic Institute and State University (Virginia Tech). He was among those killed in the Virginia Tech massacre of April 16, 2007. RIP.

The International Association for the Fantastic in the Arts (IAFA) defines the fantastic to include science fiction, folklore, and related genres in literature, drama, film, art and graphic design, and related disciplines.

“The present work examines the numerous editorial, social, political and technical factors that influenced the rise of Spanish science fiction during the eighties. The enormous complexity of this historical and literary reality provides us with the keys for understanding the development of this genre in Spain, as well as for opening new ways of analyzing the Spanish literature of the second half of the twentieth century.” 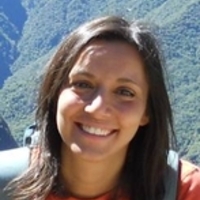 Congratulations to all,  winners and finalists ! Winning essays may be posted on the IAFA website in the original language and/or considered for publication in the Journal of the Fantastic in the Arts should they be translated into English.

The purpose of IAFA is to promote and recognize achievement in the study of the fantastic, mainly through the organization and management of an annual academic conference, the International Conference on the Fantastic in the Arts (ICFA). IAFA also publishes the Journal of the Fantastic in the Arts, which is a peer-reviewed journal for scholarship within the field of the fantastic, and the news blog which publishes information relevant to the IAFA membership. 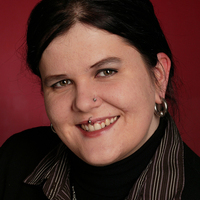 Since the foundation stone of blockbuster cinema was laid with the release of STAR WARS (US, 1977), Hollywood has produced at regular intervals fantasy movies with high budgets and impressive special effects that need to attract as many recipients as possible to guarantee commercial success. Due to the resulting universality of these films, fantasy cinema appears to be predestined to be read against the grain, because certain issues need to be excluded from the narration and therefore conspicuous gaps (Leerstellen) – particularly in relation to sexuality – The method of Queer Reading may uncover the subversive potential of the genre and can open up new spaces for marginalized social topics; spaces within mainstream cinema, where alternative gender and sexual concepts are allowed and welcome. A queer reading of Peter Jackson’s THE LORD OF THE RINGS: THE FELLOWSHIP OF THE RING (NZ/US 2001) and Alfonso Cuarón’s HARRY POTTER AND THE PRISONER OF AZKABAN (GB/US 2004) exemplifies the argument that fantasy genre films have a high subversive potential. Furthermore, an outlook will be given about the way in which fantasy movies might discuss “gender, sex, and desire” in the future.

2. This essay appeared in Finnish in the journal Elore (December 2012).

A number of awards for scholarship and fiction writing are presented under the aegis of the IAFA. They are listed in order of when they were first awarded at the annual conference.

The IAFA Distinguished Scholarship Award is an annual career award, presented annually since 1986, recognizing distinguished contributions to the scholarship and criticism of the fantastic.

The IAFA Crawford Award each year recognizes an outstanding new writer whose first fantasy book was published during the previous calendar year. It is not specifically a first novel award. The award was established with the support of the late Andre Norton, who also helped establish the criteria and who continued to support the award over the years.

The Robert A. Collins Service Award, named after the conference’s founder (who was also its first recipient in 1985) is a special award presented to an officer, board member, or division head for outstanding service to the organization.

The Stephen R. Donaldson Award, presented only four times since its inception in 1997, is a special award recognizing exceptional support and service to the organization from individuals who have not served as officers, board members, or division heads.

IAFA Graduate Student Award : The International Association for the Fantastic in the Arts presents an annual award and stipend to the graduate student submitting the most outstanding paper at the Association’s conference. The award, and a check for $250, will be presented to the winner at the Awards Banquet on Saturday evening. Students must submit their completed paper (3500 words, excluding bibliography) and verification of student status by February 1.

Jamie Bishop Memorial Award for an Essay Not in English : Prize of $250 U.S. and one year’s free membership in the IAFA to be awarded at the International Conference on the Fantastic in the Arts each March.

Dell Magazines Award (formerly the Isaac Asimov Award) : The $500 award will go to the best unpublished and unsold science fiction or fantasy short story submitted by a full-time undergraduate college student. The winner will be invited to the IAFA annual Conference on the Fantastic in mid-March in Orlando, FL, and the winning story will be considered for publication in Asimov’s science fiction magazine.