The race for the European Presidency

On Monday 28th of April 7 pm CET  we had the “First European Presidential Debate”, i.e. the  “European president” is the person becoming president of the EU commission (elected by the EU parliament, and not directly).

But the Swedish candidate, SF fan Amelia Andersdotter, Member of the European Parliament and nominated as presidential candidate by the organisation for all European Pirate Parties is excluded.

And in a Swedish press release here:

I can’t unravel the inner details of how the EU works (can anyone?) but I guess the problem is that the Pirate Party “belongs” to the Green group in the parliament, and that group already has a candidate participating. Amelia Andersdotter is only nominated by her own party but not by her party group. But it would be nice if she could participate, because the Pirate Party takes questions about personal integrity and limiting the ever extending copyright ambitions from the media industry seriously.
And yes, Amelia is a SF fan. She’s been to several SF cons (for example the 2012 Swecon) and reads speculative fiction and all that.

Book-seller Amazon has had its eyes on the Swedish market for some time. But presently the net-based retail giant is blocked in its ambitions by not getting the Amazon.se domain. This domain was already in 1997 registered by a small Stockholm-based advertising and design bureau named Amazon AB (“AB” stands for registered stock company, “aktiebolag”) owned by a 57 year old woman. And the owner has this far refused any offers from the “other” Amazon to sell the domain. See:

But Swedish book chains and publishers are perhaps glad for this stand-off. They are not amused by Amazon moving into their market, chewing into their margins. Especially bookstores have had a tough time in later years as E books and paper books sold on the net have become more popular.
It must be pointed out it’s not a case of “domain napping”. Amazon AB was registered as a company already in 1988 and though its small (ca $100 000 in revenue 2012, basically a one-person company) when it registered the amazon.se domain, Amazon in the US wasn’t particulary well known. Domains are given on a first come, first served basis, and Amazon AB came first. 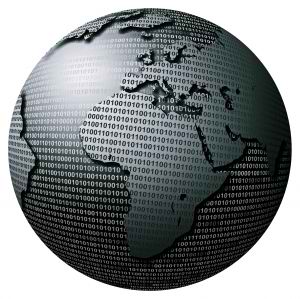 Perhaps the largest e-book in the world ?

(But it is crime fiction, not science fiction.)

Summary: Wahlström & Widstrand  in conjunction with publishing the 42nd novel about  the detective Homan, The Jewel Shrine, also publishes ALL 42 Hohman novels, by Jan Mårtensson as an E-book,including some extra material. The title is Homan Hittills (Hohman This Far) and is Sweden’s – perhaps the World’s – largest E-book, equal to 38 kg of print and more than one shelf metre.