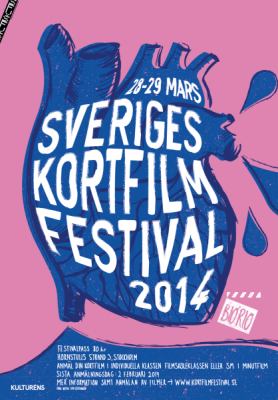 March 29-30th 2014, at Bio Rio in Stockholm, Sweden’s Short Film Festival (Sveriges Kortfilmsfestival ; earlier known as SFV-festivalen) was held for the 57th time. SF/Fantasy films took the gold, silver and bronze medals in the Minute Film Cup, a surrealistic (very funny) film won five other prizes. And a Swedish-Ukrainian film otherwise won one of the other two main awards.

It was my 25th such festival, which I began attending in 1987 (I only missed two) and it’s a festival for amateur film makers, film schools and “semi pros” (half amateurs; there are certain rules to define them).
I like amateur short films, which to me represents the fanzines of the film medium (and I once produced a VHS collecting amateur films made in Swedish SF fandom, Filmfandom).
This year’s festival was attended by well over 100+ which unfortunately made Bio Rio’s lobby cramped during pauses. Awards (medals and diplomas) were handed out Saturday evening in the festival’s two classes: the Film School Class, and the General Class (also for some reason called the “individual class”).

* “Äkta färger” (“Real Colours”) by Yana Martsynkevych won in the Film School Class. This film was actually filmed in Ukraine, with the two main actors being Ukrainian and a Ukrainian dialogue! But the people behind were Swedes and Ukrainian-Swedes, and I believe financing was from Sweden, and this made it eligible for Sweden’s Short Film Festival. It’s an emotional film (with some brighter party scenes) about a girl who marries, but her husband disappears during the wedding night. Fine cinematography, but I thought the script was a bit unclear (esp towards the end). 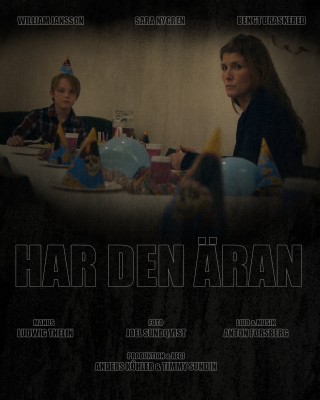 * “Har det äran” (phrase meaning approximately “Many Happy Returns”) by Anders Köhler and Timmy Sundin won in the General Class. It’s a sad film about a boy who has a 10 year’s birthday party, but nobody turns up except a hired clown. (This is things happening in reality sometimes. Papers write about it). A real mother and son act, and do it really well. I was especially impressed by the boy, named Willy, who was also on the festival. 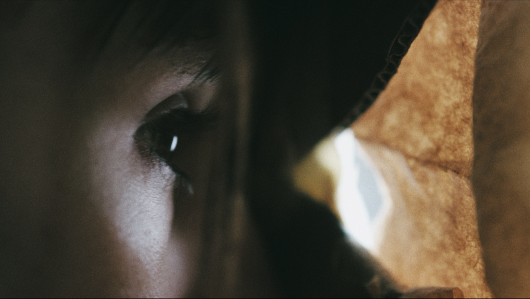 * A number of other prizes were also awarded (best script, sound, photo, acting etc) and here I should mention another film, which won no less than five of the side awards: ”Merum Imperium” by Karin Franz Körlof and Isabella Rodriguez. A surrealistic film, bordering fantasy, about a brother and sister who live in a cabin in the woods without adults. They have a very strange view about how life works, how the world outside is etc. It made me LOL at times!
And finally we had the Minute Film Cup, also known as the Swedish Championship in Minute Films, where short films of 1 minute competed. Here there were three sf/fantasy flicks among the four top positions (there were two bronze medals; second bronze to a funny flick named “The Art of Taking Off your Shirt”).

* “Disktrasan” (“Dish Washing Rag”) by K-G Stenborg won gold, a horror flick about kitchen equipment attacking. “Urskogen” (“Jungle”) by Simon Linde won silver, an intelligent combination of script writing and a computer game, with an absurd hunting story in between. “Rummet” (“The Room”) by Emilia Åker and Karl Olsson won bronze, an sf story about strange spatial properties of an ordinary office room. All the awards are listed here (alas in Swedish): http://sverigeskortfilmfestival.se/2014/03/29/4584/

A funny incident happened. Due to technical problems they had failed to show an entry, “När livet ser på” (“As Life Looks On”) and promised to make another try – which failed again! All films were shown from computer files, and you know how tempered those beasts may be… (During my first festivals many films were on 8 and 16 mm reels!) After their second failure, and despite that they explained and sincerely apologised, one of Sweden’s most famous actors rose up in from the crowd, angry as hell:
“This is a scandal! I have 30 years in the film business and have never experienced such amateur behaviour! Do you think this is Kindergarten ?”
Then he left in rage. His name is Stefan Sauk, known from many very successful both action and “serious” drama films. I think he was in the film and just became very disappointed. But honestly, similar technical problems have happened on earlier festivals. Some of the films on reels used to break…

This outbreak didn’t happen during an earlier festival (sometime in the early 90’s) when Ingmar Bergman paid a visit. He sat silent and just watched a number films. No demons there…

The Dutch are coming 2: Tais Teng