“European Science Fiction will heat up the big screen this August at the New York Film Society of Lincoln Center with a series highlighting innovative films from the renaissance of science fiction in the late ’60s and ’70s. From August 22nd up to August 28th.

Strange Lands: International Sci-Fi will feature cult classics and work from major auteurs, several of which will screen from rare imported 35mm prints.

What makes good science fiction? That might depend on who—and where—you ask. This eye-popping international assortment presents highlights of the genre that span multiple countries and styles, including a delightful hybrid Czech adaptation of Jules Verne, a campy dystopia from behind the Berlin Wall, the Soviet-era cult hit Kin-dza-dza!, and the rare Italian puzzler Morel’s Invention. Each day in the series spotlights a different country, and many are rare screenings of foreign 35mm prints, with work by film directors Aleksandr Sokurov, Andrzej Wajda, Ulrike Ottinger, and Elio Petri. The strong grounding of science fiction in literature is represented by adaptations of major authors such as Stanislaw Lem, Arkady and Boris Strugatsky, Jules Verne, and Adolfo Bioy Casares.

Aleksandr Sokurov’s Days of Eclipse (1988), an adaptation of the Strugatsky Brothers’ A Billion Years Before the End of the World, will be among the series’ highlights. The film is about a scientist being prevented from completing a research project by a mysterious force.

Sokurov’s film opens the series along with the absurdist Soviet interstellar comedy Kin-dza-dza! (1986).

Emidio Greco’s Morel’s Invention (1974), meanwhile, is an Italian feature starring Anna Karina about a castaway who stumbles upon a group of people living (and reliving) their days through a time-bending machine.

And Elio Petri’s The 10th Victim (1965) stars Marcello Mastroianni and Ursula Andress as rivals and lovers in a televised game pitting assassins against one another. (It features a key bit borrowed by the Austin Powers series.)

Two films originating from East Germany’s DEFA Studios include Herrmann Zschoche’s Eolomea (1972), about a risky expedition to solve the mystery behind a series of disappearing spaceships, and Gottfried Kolditz’s In the Dust of the Stars (1976), in which a space team responds to a distress call only to find themselves guests at an opulent party hosted by the wealthy ruler of the planet—but naturally all is not as it seems on the surface.

A pair of films from Czechoslovakia run the gamut from Karel Zeman’s ingenious mix of live-action and beautiful illustrations in The Fabulous World of Jules Verne (1958), to Jan Schmidt’s post-apocalyptic tale The End of August at the Hotel Ozone (1967). Zeman’s delightful, droll Victorian adventure melds gadgetry and pirates with an exceptional in-camera approach and a production design that counted among its fans Pauline Kael, who said: “There are more stripes, more patterns on the clothing, the decor, and on the image itself than a sane person can easily imagine.” The End of August at the Hotel Ozone follows a band of fierce and reckless women roaming the countryside and led by an elder member who remembers the world before the nuclear holocaust.

Film Comment Senior Editor Nicolas Rapold said of the series: “This is a dazzling collection of films that spans deep-space drama, groovy reality TV, ingenious live-action/animation hybrids, time-travel paradoxes, the apocalypse, existential crises, and the imaginations of literary greats like Stanislaw Lem, Jules Verne, and the Strugatsky Brothers. Each night in the series yields a trip to a different country and fresh proof of the vibrant diversity of visual styles, genre variations, and outfits in science-fiction film.”

Days of Eclipse (Дни затмения)
Aleksandr Sokurov, USSR, 1988, 35mm, 139m
The Strugatsky Brothers’ A Billion Years Before the End of the World receives a visionary and mystical treatment in Sokurov’s Tarkovskian chronicle of a worn-out scientist adrift in remote Central Asia.
August 22, 9:00pm

The End of August at the Hotel Ozone (Konec srpna v Hotelu Ozon)
Jan Schmidt, Czechoslovakia, 1967, 35mm, 79m
After the nuclear holocaust, a band of fierce women survive the wilderness in a queasy moral vacuum in this extraordinary New Wave outlier. Shot in black and white and dramatized with an unnervingly clear-eyed realism, the screenplay was written by Pavel Juráček (Daisies).
August 28, 8:45pm 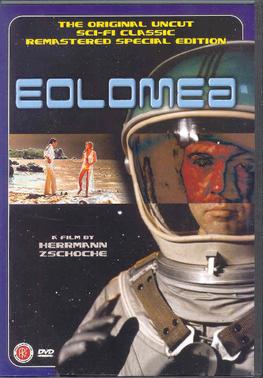 In this dazzling and imaginative mix of live action and animated drawings, pirates kidnap a professor and an engineer in order to steal a new form of explosives and take over the world. A truly delightful 19th-century romp.
August 28, 7:00pm 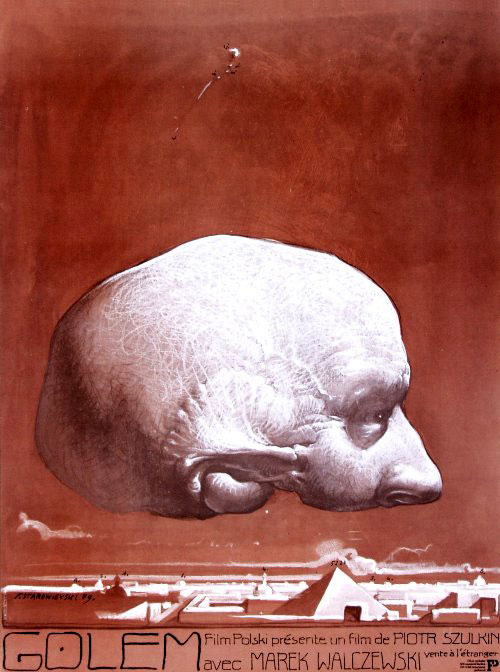 Hospital of the Transfiguration (Szpital przemienienia)

In this adaptation of an unnerving World War II novel by science-fiction titan Stanislaw Lem, a new doctor at a grim psychiatric hospital faces an all-too-real horrific future when the Nazis take over.

Roly Poly (Przekladaniec)
Andrzej Wajda, Poland, 1968, 35mm, 30m
The Polish master undertakes science-fiction satire with this Stanislaw Lem adaptation about a racecar driver who receives so many transplants that he suffers from an identity crisis.
August 25, 9:00pm 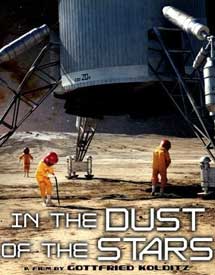 This colorfully camp, juicily scored treat from East Germany’s DEFA Studio drops us onto a working-class planet enslaved by decadent rulers. Influenced by Zardoz and Logan’s Run, the fantasy features gaudy visions of luxury and leisure as a band of astronauts attempt to engage with their unpredictable hosts.
August 23, 7:00pm

Morel’s Invention (L’Invenzione di Morel)
Emidio Greco, Italy, 1974, 35mm, 110m
A shipwrecked man stumbles upon a monumental mansion where a group of people live under the influence of a strange time-bending machine. From the book by Argentine author Adolfo Bioy Casares. With Anna Karina and John Steiner as Morel.
August 27, 7:00pm

Marcello Mastroianni is a playboy who joins a televised game in which paired participants hunt down and kill each other. His love-hate foe: Ursula Andress. Featuring pop-art design, an electronic score, and an opening shot on the demolition site of old Penn Station.
August 27, 9:20pm
Strange Lands: International Sci-Fi takes place August 22-28.

Located on the Upper West Side of Manhattan, the Film Society of Lincoln Center theaters are situated along 65th Street between Broadway and Amsterdam Ave, half a block away from the 66th Street stop on the 1 train and six blocks from the Columbus Circle (A, B, C, D, 1 trains) and 72nd Street (1, 2, 3 trains) stations. The M5, M7, M10, M11, M66 and M104 bus lines all stop within one block of Lincoln Center. It’s a great chance to see movies from the genre’s renaissance in the late 1960s and 1970s, plus innovative later experiments containing science-fiction elements.”

Courtesy of the New York Film Society of Lincoln Center. Thank you !