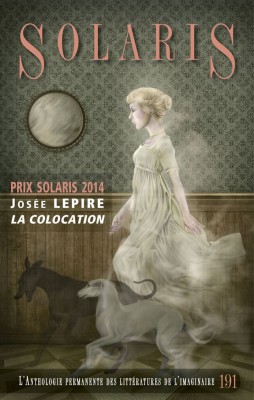 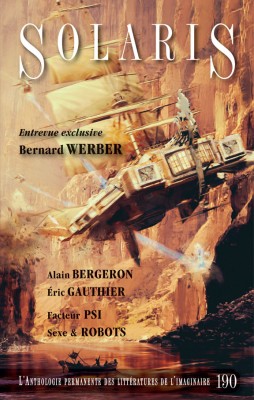 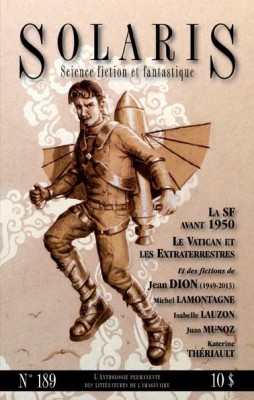 Solaris is a Canadian francophone Science-fiction and Fantasy magazine founded in 1974 in Longueuil (Quebec, Canada) by Norbert Spehner.

In order to celebrate it’s 40th anniversary, Solars will launch an anthology comprising 40 texts by 40 authors.

We congratulate Solaris and it’s team for this celebration and we’re wishing this remarkable SF&F magazine, “Many happy returns !”.

Solaris deals in all forms of science-fiction and fantasy, including horror and “weird” fiction.  It publishes original material (short stories and illustrations) as well as related information, criticism, interviews and articles.  Solaris not only publishes established authors, but fosters the development of young francophone creators through a strong editorial direction. Mostly published and distributed in Quebec, Solaris is also known in the anglophone Canada, the United States and in Europe, where it is considered to be one of the most significant francophone magazine of its field, a truly European magazine.

Solaris aims to account for the existing richness of SF&F as well as to confront all emerging tendencies and new approaches  Whereas the growing popularity of the SF&F field is mostly spurred by its audio-visual representations, Solaris continues to support literary creation and reflection.

The team responsible for the continued success of Solaris includes such internationally-renowned authors such as Joël Champetier (The Dragon’s Eye), Yves Meynard (The Books of Knights) and Élisabeth Vonarburg (In the Mother’s Land, Reluctant Voyagers, The Silent City).

After forty years of activity, Solaris has published nearly all significant French-Canadian SF&F writers. Stories that have originally appeared within the pages of the magazine have gone on to win nearly a dozen Aurora Awards (in addition of the eleven Auroras won by the magazine itself), almost as many Prix Boréal and a significant proportion of Grand Prix de la Science-Fiction et du Fantastique Québécois. Several of these stories can be read in the English-language anthology Tesseracts^Q, published by Tesseracts Books.

From 1981 to 2000, Solaris also published many graphic novels short stories (bandes dessinées), but abandoned the publication of those in 2000 because of the shrinking of its format from magazine size to book size. Many of Québec’s comic book creators were published in its pages : André-Philippe Côté, Benoît Joly, Mario Giguère, Julien Poitras, Marc Pageau, Robert Julien, Laurine Spehner, Christian Vadeboncoeur, Éric Lacasse and others.

Solaris receives subsidies from the Conseil des arts et des lettres du Québec and the Canada Council for the Arts.