The Arthur C. Clarke Center for Human Imagination in conjunction with The Bartlett School of Architecture is jointly hosting a two-part transatlantic lecture series, free and open to the public at Atkinson Hall Auditorium, UC San Diego, California, USA.

Responding to the rising sea level—a design for the waterfront/riverfront of London in 2080. Current estimates are that the Thames will rise a meter by 2080, though some estimates put the rise considerably higher. Speakers design a response and discuss. 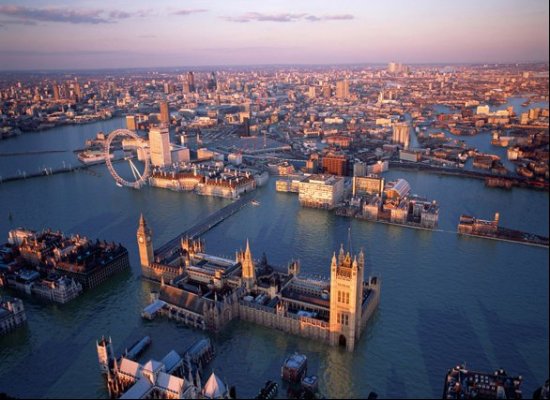 Kim Stanley Robinson is an American writer of speculative science-fiction and winner of the Hugo Award for Best Novel, the Nebula Award for Best Novel, and the World Fantasy Award. He has published over twenty books of science fiction, translated into 24 languages, including the award-winning Mars trilogy. Time magazine named him a “Hero of the Environment” in 2008, and in 2012 his novel 2312 was a New York Times bestseller. His most recent novel is Aurora.

Usman Haque is founding partner of Umbrellium and Thingful, a search engine for the Internet of Things. Earlier, he launched the Internet of Things data infrastructure and community platform Pachube.com, which was acquired by LogMeIn in 2011. Trained as an architect, he has created responsive environments, interactive installations, digital interface devices, and dozens of mass-participation initiatives throughout the world. He received the 2008 Design of the Year Award (interactive) from the Design Museum, UK, a 2009 World Technology Award (art), the Japan Media Arts Festival Excellence prize, and the Asia Digital Art Award Grand Prize. 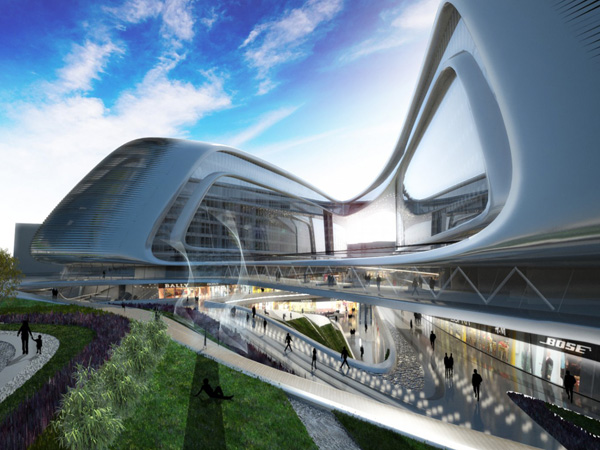 Speakers design and discuss a mega mall in London, 2080. Size is negotiable. Speakers assume the singularity has not yet arrived but sensors, AI, and robots are ubiquitous.

Vernor Vinge has won five Hugo Awards, including one for each of his last three novels, Upon the Deep (1992), A Deepness in the Sky (1999), and Rainbow’s End (2006). Known for his rigorous hard-science approach to his science fiction, he became an iconic figure among cybernetic scientists with the publication in 1981 of his novella “True Names,” which is considered a seminal, visionary work of Internet fiction and cyberspace. Dr. Vinge is Emeritus professor of mathematics and computer science and also noted, among other things, for introducing the term “the singularity.”

Marjan Colletti is an architect, educator, researcher, and author. He is currently an Associate Professor in Architecture and Post-digital Practice and Director of Computing at The Bartlett School of Architecture UCL London, Chair Professor of Building Design and Construction, founder of REX|LAB, Head of the Institute of Experimental Architecture at Innsbruck University, and co-founder and co-principal of the studio marcosandmarjan in London. He has published various books on design-research, including Digital Poetics: An Open Theory of Design-Research in Architecture and the 80th anniversary edition of AD, titled Exuberance: New Virtuosity in Contemporary Architecture.

The event was free and open to the public

“The Life and Legacy of C.S. Lewis” – International Symposium in Bucharest, Romania (13th of October 2015)

(De)Constructing Stereotypes : Where’s the Place of Dracula – An International Workshop in Timișoara, Romania