Science fiction from Spain is completely unknown outside its borders. Actually, this statement is somewhat exaggerated, since literature from Spain has been exported relatively often (and with occasional success) to a variety of Latin American countries (and vice versa) thanks to a shared language and cultural references. Yet we can hardly find books by Spanish authors in the English-speaking market. Fortunately, this situation is changing as science fiction in the United States and other countries is opening up to other cultures, united by means of the great social network that is the Internet.

Without hesitation, I can offer plenty of examples to show that Spanish science fiction is excellent literature that would interest readers in English-speaking countries or anywhere else on the planet. It contains works of enormous literary and speculative quality with a wide variety of themes and subjects, and with internationally famous authors and its own classics. Over time, it has constantly evolved toward higher levels of excellence, professionalism, and social acceptance, and today it holds a small but stable portion of the national publishing market, despite the current economic crisis.

Nevertheless, it is true that science fiction in Spain has not reached the popularity and relevance that it enjoys in other countries. While there are many reasons for that, most analysts say the main ones are the overwhelming importance of realism, the traditional discrediting of genres in general by critics, and the repressive effect of the Franco dictatorship. When democracy began to open up Spanish culture in 1975, speculative fiction and more literary science fiction enjoyed a notable opportunity to flourish, resulting in greater interest by society, critics, and academics. An authentic explosion of publications, authors, and works followed, most of which have become reference points for our writers after so many decades of imitating foreign works. Science fiction achieved what we could call its Spanish Golden Age at the end of the 1990s.

However, this bubble – like so many others – largely deflated at the start of the new century due to limitations inherent in the Spanish market. Many of the writers left the genre or alternated between more commercial genres such as young adult and historical novels, or fantasy or cult speculative fiction, with notable success both in readers and awards. This is the current situation.

In Spanish science fiction today, you can find new editions of successful titles, new books by young writers seeking to reclaim its social relevance or entertainment value, and new works by acclaimed writers. They all coexist in harmony and relative normality in bookstores, universities, forums, public events, and cultural supplements in newspapers and magazines, although the space dedicated to the genre is still relatively small.

Two Classics and Many Authors

Just as there is no complete consensus – although there is a general agreement – for designating “Frankenstein” by Mary Shelley as the first science fiction novel, there is also no uncontested event to mark of the start of the modern era of the genre in Spain. For some it was when the legendary magazine Nueva Dimensión appeared at the end of the 1970s; with its 148 issues published over 15 years, it brought outstanding works to a still-naive public readership. For others it was the 1984 publication of the first modern Spanish SF classic: the novel “Lágrimas de luz” [Tears of Light] by Rafael Marín.

This work, written with a polished lyrical style, a disillusioned tone, and an attractive medievalized high technology background, narrates the life of the bard Hamlet Evans, a troubadour hired by an economic-military corporation to extol the virtues of the conquest of space and to erase the memory of its excesses and crimes. The novel occupies a place of honor in the history of Spanish science fiction, since its unarguable literary merits are united with its status as the first work that aimed at being universal. It broke Spain’s long-standing inferiority complex.

Soon after, in 1988 and 1990, two novels consolidated the definite maturity of the genre in Spain: “Mundos en el abismo” [Worlds in the Abyss] and “Hijos de la eternidad” [Children of Eternity] coauthored by Juan Miguel Aguilera and Javier Redal, which were later combined into a single book: “Mundos en la eternidad” [Worlds in Eternity].

This hard science fiction epic is set in the remote future, in Akasa-Puspa (literally “the flower in the sky” in Sanskrit), a global cluster in one of the spiral arms of the Milky Way where the short distance between the stars allows for quick travel in manned Imperial fusion ships or the slower but equally effective self-directed solar sail mercantile ships of the Utsarpini or religious caste of the Brotherhood. In Akasa-Puspa, humans coexist with alien species like the extremely bellicose Angriffs, the enigmatic Hivers, or the strange nested creatures of the Little Guild. This vast cosmic background in a state of permanent conflict is the setting for scientific discoveries and an ingenious commerce system of unmanned ships, for disputes over political and economic interests, and for several wars. The novel was written with careful scientific and speculative rigor, incorporating the latest theories in biology, evolution, cosmology, and eschatology. It has been justly compared to classics like “The Mote in God’s Eye” by Larry Niven and Jerry Pournelle or “Ringworld” by Larry Niven.

Spanish Science Fiction in the World

Despite efforts to export Spanish science fiction – usually undertaken by individuals – few works have crossed national borders and even fewer have enjoyed translation into other languages. Of course, some Spanish publishers have managed a limited distribution in South American countries, and a handful of titles have been republished there locally. Some writers like Juan Miguel Aguilera have published novels in France and Italy with considerable success. And a few successes can even be found in the English-language market.

The story “The Day We Went through the Transition” by Ricard de la Casa and Pedro Jorge Romero, published in the landmark “Cosmos Latinos: An Anthology of Science Fiction from Latin America and Spain”, was a finalist for the Sidewise Award in 2004.

The scientific thriller “Zigzag” by the Spanish-Cuban writer José Carlos Somoza was a finalist for the John W. Campbell Jr. Award in 2008. One of the quintessential Spanish classics, “El anacronópete” [He Who Flies Against Time], written in 1887 by Enrique Gaspar, was translated in 2012; it describes a time machine eight years before H.G. Wells used one in his popular novel. In addition, from time to time, some short stories have been published in US magazines. These include “The First Day of Eternity” by Domingo Santos in the January-February issue of Analog, and stories in online media like World SF. 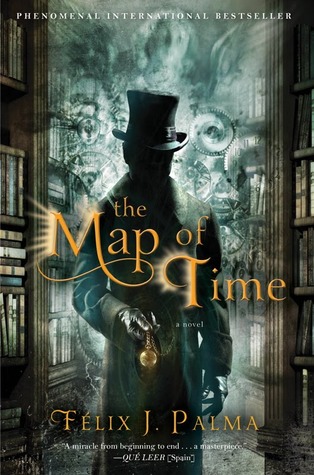 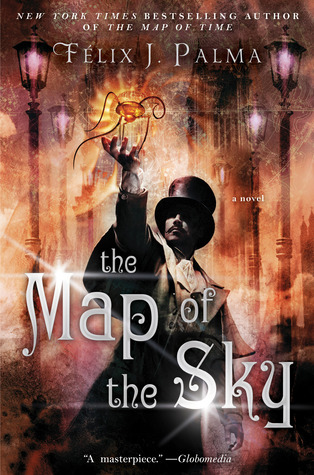 Without a doubt, the most outstanding current example is the Victorian Trilogy by Félix J. Palma. Publication rights to his first novel, “El mapa del tiempo” [The Map of Time], have been sold in twenty countries, including the United States, Great Britain, Germany, Italy, France, Japan, and Holland. During its first week of sales it made The New York Times best-seller list and was a finalist for several awards around the world, including Japan’s Seiun. The second novel, “El mapa del cielo” [The Map of the Sky], looks likely to repeat its international success, and the third and final book in the trilogy is anxiously awaited.

Another notable novel (mostly because it was written by an important mainstream Spanish novelist, Rosa Montero, rather than for its intrinsic virtues) that has been translated into English is “Lágrimas de lluvia” [Tears in the Rain] published in 2011, a tribute to “Do Androids Dream of Electric Sheep?” by Philip K. Dick and its movie adaptation, “Blade Runner”, by Ridley Scott.

Terra Nova is one more attempt to help English-language readers get to know the quality of science fiction currently being written in Spain and Latin America. The anthology has relied on a team of professionals devoted to the idea of maximizing the quality of contemporary commercially viable science fiction. They include the coordinator, English-to-Spanish and Spanish-to-English translators, artist, publisher and international promoter – in addition to the writers, of course. The first edition in Spanish was published simultaneously in Spain in December 2012 and in Argentina in early 2013, and enjoyed great success in both sales and critical acclaim measured in terms of the small press. This English-language edition includes only the five short stories originally written in Spanish, plus a novella by a new rising star that is unique to this edition. A second volume is being finished and should be published at the end of 2013.

As I said at the beginning of this article, science fiction from Spain is outstanding and of interest to readers in English or any other language on the planet. We can find stories with great speculative and literary quality, varied themes, writers of international repute, and a variety of classics: a stellar group of works and authors waiting for the chance to show their worth and be enjoyed in the rest of the world. I sincerely hope that the grain of sand represented by Terra Nova serves this noble goal. The answer, naturally, will depend on the reception by you, the readers. Thank you in advance for being part of this adventure.

We’re thanking Mariano for the kind permission to post his article !

Mariano Villarreal (1967, Spain) is the administrator from 2003 of “Literatura Fantástica” (Fantastic Literature), a web portal dedicated to the critical information and news from spanish science fiction & fantasy. He is a member of Terbi – the Basque Science Fiction Association, has been responsible for a collection of short fiction at the PortalEditions, he is a regular contributor to the “Literatura Prospectiva” (Prospective Literature) site, and for five years he was the administrator of the Ignotus Awards of the Spanish Association of Fantasy, Science Fiction and Horror (Asociación Española de Fantasía, Ciencia Ficción y Terror). He has edited the “Visiones 2006” (2006 Visions) and “Fabricante de sueños 2000” (2000 Dream Maker) anthologies (in collaboration), has published numerous articles and reviews in the specialized spanish media (BEM, Solaris, Hélice), besides being part of awards jury’s like Xatafi-Cyberdark (of the specialized critics in the Fantastika literature), the “El Certamen Internacional de Novela Fantástica Los Sueños del Espantapájaros” (The Great International Novel Contest Dreams of the Scarecrow) and “El Melocotón Mecánico” (The Mechanical Peach). Mariano is one of the editors of Terra Nova. Antología de ciencia ficción contemporánea/Terra Nova. Anthology of contemporary science fiction fiction.