The cafeteria of the Stockholm Nobel Museum was full, including about ten Known Fan Faces, as we had gathered (October 29th, 6 pm) to hear Jonas Ramsten talk on the subject “Science Fiction and Science“. He began with a short lecture and then opened for questions and opinions from the audience.

In 2010 Ramsten, together with Michael Godhe, edited the essay collection “Möjliga världar: tekniken, vetenskapen och science fiction” (“Possible Worlds: the Technology, the Science and Science Fiction“, cover and review in Swedish here: http://www.spektakulart.se/michael-godhe-och-jonas-ramsten-mojliga-varldar/ ). He is from the Department for Studies of Social Change and Culture at Linköping University.
I can only summarise what was said, of course. In my opinion the genre of science fiction has a higher status in Sweden these days than a few decades ago, and that the subject moves into the noble Nobel Museum may be an indication.

Jonas Ramsten began with defining the role of SF. It’s an idea giver and a way to speculate about social consequences of technology and new developments. He talked about how for example William Gibson gave us a new world of concepts by which we may understand our existence. It’s more about society than practical science. Gibson himself is practically science illiterate.
Ramsten talked about how one Mr. Hugo Gernsback created a turning point for the genre. It was he who made SF self conscious, able to reflect upon itself. What he wrote himself was crap, and the stories he published weren’t Top of the Literature Pops, but it had ideas. It was read by mainly young men interested in science, and step by step the genre developed and improved, as the writers built upon the ideas of each other.
SF is related to the early 20th Century “engineering culture”. The engineer was a hero, a doer, dedicated to inventing things to make life better, standing above the small quibbles of the world. It was about positive thinking, something that we also find much of in the the SF genre.
But Ramsten thought much positive thinking has left the genre in later years. It’s still there in the books, but in the films there are always disasters. Earth is being threatened. Apocalypse. Environmental disaster. It’s natural for films to focus on the spectacular, things that explode, people in trouble, but it doesn’t give a relevant picture of what SF is all about.
He once taught a course where one of the students extracted plot elements from SF films, to combine to scenarios. There were numerous negative plot elements to create fifty-eleven new disaster scenarios from, but only *one* optimistic scenario to be found. Someone has claimed that the difference between SF and horror films is that both are scary but horror films are more plausible… 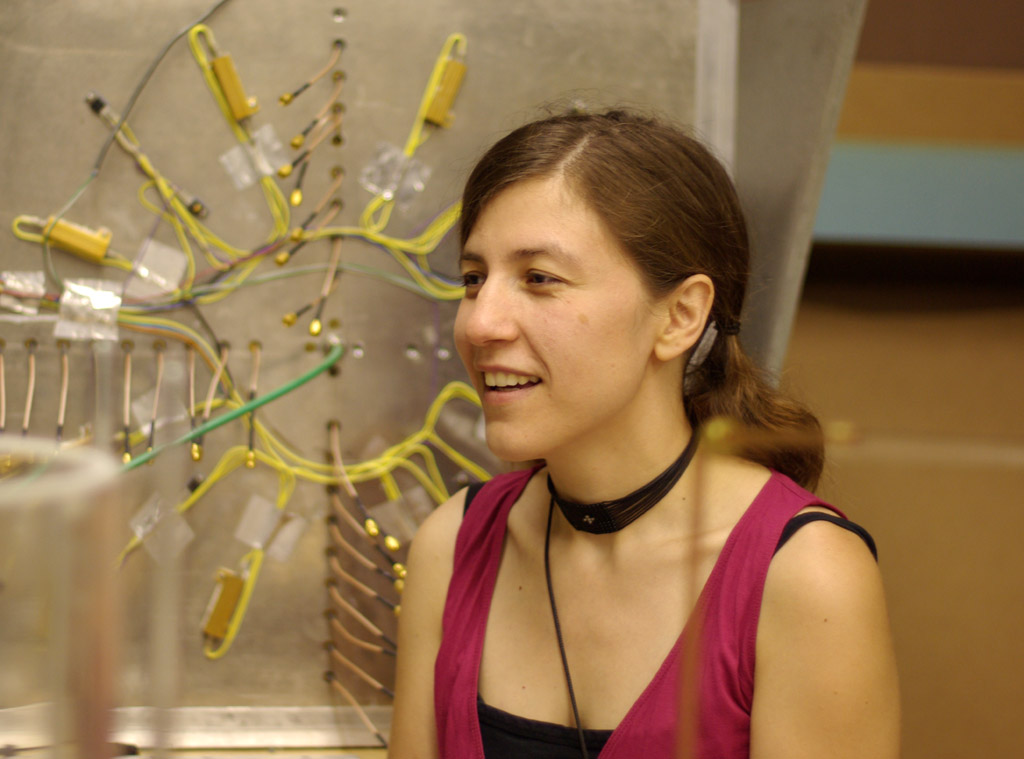 When time came for the audience to give input, Anna Davour (chair of Swecon 2014) mentioned the Canadian skiffy author Karl Schroeder who suggested that one should write SF to try to *influence the future*. Ramsten had comments about how the genre has indeed have been importance for the scientists. MIT has SF reading in some of their courses. NASA astronauts read a lot of SF. NASA even like to relate to Star Trek things in their public relations. On Swedish universities getting SF into the courses hasn’t been too common, which he thinks is a loss for science. The genre is good for making science joyful and give fuel for new thoughts.
Davour also pointed out – regarding SF in science – that science magazines like Nature today sometimes run SF stories (and I think New Scientist has a similar things going). It may bring a “narrative” to science, which it needs, Ramsten said, but it is also important to be a critic of science and not believe something just because an important scientist or famous institution has said it. And SF is good at giving critique.

I raised my hand and said that SF has been rather bad in predicting the future. It missed the PC and Internet, the fall of the Soviet Union, we haven’t seen the Clarke AI (HAL 9000) or the Asimov robots, and so on. Ramsten agreed and said that the genre most of all reflects the time when it is written. In the 50’s and 60’s there was a lot about the Cold War and the threat of Nuclear war. The SF writers can give ideas of how society may develop but they are no fortune tellers. Scientists, people in the public debat, etc. must pull their weight too.
Someone in the audience pointed out that we today play a lot of games with SF contents, which may be the most common way to know the genre. Ramsten said it was a problem, to “do sf” rather than to read and think may become a bit of a brake. It’s a more mechanical contact with the genre.
Pebbles at my table (Known Fan Face) noted that in the 70/80’s nerds were at the bottom of the social ladder, but today nerds are cool. This also means that science fiction is cool. Ramsten pointed out that things have changed a lot. We can look at fashion for instance. Today you can see people walk the streets in very strange clothes, which would have been impossible in the 70/80’s. SF has become more socially acceptable than its proponents realize. Another woman in the audience said the US has always been a bit a bit before the rest of the world in this respect, like for instance when it comes to new culture (pop, rock, film etc – not to forget the Internet, I’d like to add!). Ramsten said that in Sweden we’ve always had to struggle to find a “balance” between highbrow and lowbrow culture – the former has usually had the upper hand, but maybe it’s changing.
Just a few things of what was said, during an interesting (just under an) hour. The presenter from the museum, Ola, finished by saying that almost everything was settled now – we only had to get that flying car from science fiction airborne…
Stayed a while and talked to the sf gang, which apart from those mentioned above also included Tomas C-m, Marten S-n, Lena J-n, Mikael P-n, Maths C-n, Anders B-t (full last names withheld to puzzle the NSA and give them something to work with !), and also Jonas Ramsten and a couple of others.
I before leaving I had a look at the exhibition about the new Nobel Museum. The present museum is temporary and rather cramped, in the ground floor of the Old Stock Exchange (where the Swedish Academy is also housed). They’ve been designated a new spot for a much bigger museum, near the National Museum of Art, and have had an architect competition. A dozen of the entries were presented. I saw a couple of suggestions I liked, but also some that were really Far Out and futuristic. For example, an idea to house the new Nobel Museum in a series of glassed geodesic domes ! It was clearly science fiction stuff, but it would never work in Stockholm’s climate, because of wintertime heating bills.
And winter time had arrived on our clocks this Sunday, so it was dark when I returned home. But maybe a little bit of dawn for science fiction ?