“Now in its 15th year, SCI-FI-LONDON annual international film festival enjoys an unrivalled reputation as a launchpad for genre film, a credible forum for industry events and networking, and a stimulating, inclusive environment for audiences. Insider, outsider, all are welcome at the friendliest festival in town.

Always keen to challenge stereotypes and push the definition of what ‘ SF ‘ means, we have a reputation for programming a variety of exciting and independent films whilst remaining fun and inclusive.

The festival brings together the best science fiction and fantastic film from around the world. The artistic programme includes international features, documentaries, short films, animation and filmmaking events and a host of related industry workshops and networking events combine the best of ‘science’ and ‘fiction’. We celebrate the shared experience of cinema in ourall-nighter programmes and have plain old fun with our costume parades, and pub quiz.

SCI-FI-LONDON champions UK filmmaking via the 48 HOUR FILM CHALLENGE – judging panellists have included world-renowned industry directors, writers and producers such as John Landis and Guillermo del Toro whilst alumni include Gareth Edwards whose career in features (Monsters, Godzilla) was kickstarted by his challenge win.

SCI-FI-LONDON is also proud to promote film literacy for young people in our children’s screenings and Q&As.

See a need, fill a need…

The SCI-FI-LONDON Film Festival was created by the Festival Director, Louis Savy, “because there wasn’t one”.

“The festival started primarily because there wasn’t anywhere for low-budget, interesting or foreign science fiction films. Its purpose was to show films that you’re not likely to see in the UK at all, or that are going to be difficult to get hold of,” says Louis.

The festival has had to be very resourceful in lean times and has been funded entirely through ticket sales and sponsorship. Nevertheless, the capital’s film and media agency, Film London, recognises us as “… a significant contributor to London’s film cultural life. The strong audiences achieved by its screenings are a testament both to the city’s appetite for science fiction film and to the work the festival does in bringing new audiences to the genre.”

Here’s a taster of the world and UK premieres, preview screenings, directors Q&A sessions, and teasers presented over the years:

SCI-FI-LONDON Film Festival had also had some very well know faces at the festival and on it’s juries, these include: 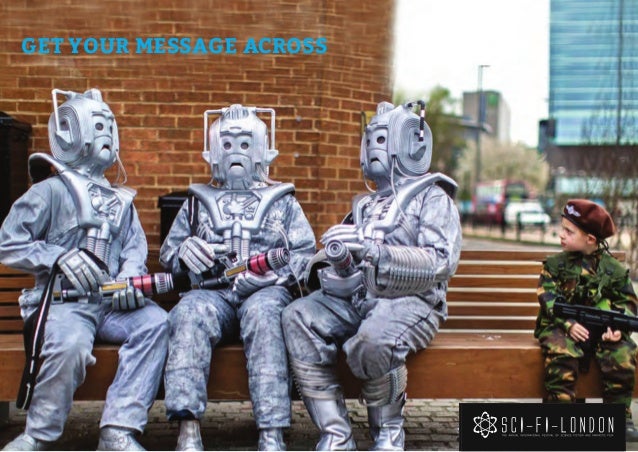 “Sweet sixteen! When we started our festival we never thought beyond year one, let alone a 16th edition, so firstly, let’s thank all those who have supported the festival: the filmmakers, volunteers, distributors, sales agents, producers and sponsors. Of course,there’d be no festival without our fabulous audiences – thanks for letting us share so much great SF with you.”