An excellent initiative, a rara avis (in a ruthless hyper-capitalist globalized world, where the profit is the only and the ultimate goal), has died !

“It is with great sadness that we announce that the Association for the Recognition of Excellence in SF & F Translation (ARESFFT) is being officially dissolved.

There are many reasons for this, but mostly they are to do with the time and effort required to run the awards on an amateur basis. It has become increasingly difficult to find people willing to act as jurors. Several of the existing Directors have had major changes in their lives that have left them with far less free time than they had previously. And all attempts to find new Directors have failed to produce any volunteers.

We still very much believe in the need to promote science fiction and fantasy in translation, and hope that in due course new people will come forward and a new award be created. The Directors will continue to do whatever they can as individuals to continue the work of the Association.

The bulk of the money held by the corporation has been returned to the most recent donors. A small amount has been held back to cover the administrative costs of winding up the Association.

Any questions regarding the winding up of the Association should be directed to our contact address.”

Excuse my poor anglo-saxon, but  “Bringing quality translated fiction to the English-speaking world“ seems vastly idealistic to me ! A romantic illusion !

Everyone knows that within the English-speaking world, the translations don’t sell !

Have you heard about the 3% countries ?

Since World War II, English has been the most translated language worldwide, but it isn’t much translated into, given the number of English-language books published annually.

British and American publishing, in turn, has reaped the financial benefits of successfully imposing Anglo-American cultural values on a vast foreign readership, while producing cultures in the United Kingdom and the United States that are aggressively monolingual, unreceptive to the foreign, accustomed to fluent translations that invisibly inscribe foreign texts with English-language values and provide readers with the narcissistic experience of recognizing their own culture in a cultural other.” – Lawrence Venuti, Professor of English at Temple University, Philadelphia, USA

Do you know the percentage of translations (from the total annually published titles) in continental Europe ?

An average of 25-80% translations from the total yearly published titles !

OK, some cosmopolite anglo intellectuals and scholars decided to do something concerning the Rest of the World (95% of the humankind).

Yes, indeed it’s a pity that the AngloSFere (part of the Anglosphere) can’t usually read in foreign languages.

But what’s the point to learn foreign languages ?

It’s the duty of every earthling to learn Amerglish, isn’it ?

Because as conventional wisdom is claiming : “One must remember that English is the de facto lingua franca of the world.” Maybe, but for how long ? 🙂

And Val Grimm’s question remains unanswered : “Is translation to English potentially a bridge, even as English’s apparent primacy (for many forms of media as well as books) is potentially evidence of cultural and economic imperialism ? “

The point is, according with some US prestigious scholars :

“SF remains bound up with the hegemony of Anglophone culture, which now includes the former colonies of the US and the UK.

The notorious lack of interest in non-hegemonic cultures means that written SF that is not written or translated into English has a limited influence.

SF cinema has access to transnational audiences, but it too is largely conditioned by the global power of the US film industry. Non-US SF cinema tends to reproduce the characteristics of the US-dominated international style, while supplementing it with messages directed to local audiences. The main breakthroughs of sf art in the future will probably arrive via internet artforms, but one cannot say for certain whether these will be genuine alternatives to the Anglo hegemony or expansions of it.“ – “What Do We Mean When We Say “Global Science Fiction” ? Reflections on a New Nexus” by Prof. Istvan Csicsery-Ronay Jr., DePauw University (Greencastle, Indiana, USA) (Science Fiction Studies, vol. 39, n°118, Novembre 2012, p. 478-494)

“unfavorable trade balance with serious implications and cultural ramifications : in fact a lot of money is flowing around the world from translations from English, but very little is invested in translations in English  ; the Anglo-Saxon media has appropriated the financial benefits by imposing certain values ​​in the world while in the United States and in Great Britain there is only a monolingual aggressive culture ; the result being complacency in its own juice, nombrilism, anglocentrism, self sufficiency, a situation that could be described without exaggeration as an imperialist strategy outside and a xenophobic one inside.”

“British and American publishers are part of the problem – they are unwilling to finance translations and book tours for European authors unless these were massively successful (see The Girl with the Dragon Tattoo) plus American audiences (still the biggest market) are quite unwilling to read outside their comfort zone – anything foreign is suspicious.” – Lars Schmeink, President of the GFF (Gesellschaft für Fantastikforschung/Association for Research in the Fantastic), University of Hamburg, Germany 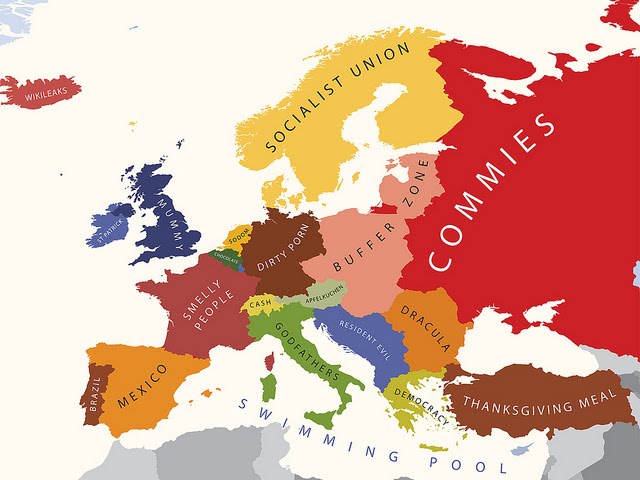 Europe as seen by the Anglosphere ! 🙂

And, believe me, as Tony Abbott, I’m “the most flattering kind of Anglophile: one who sees their defects clearly, and likes them anyway.”  🙂 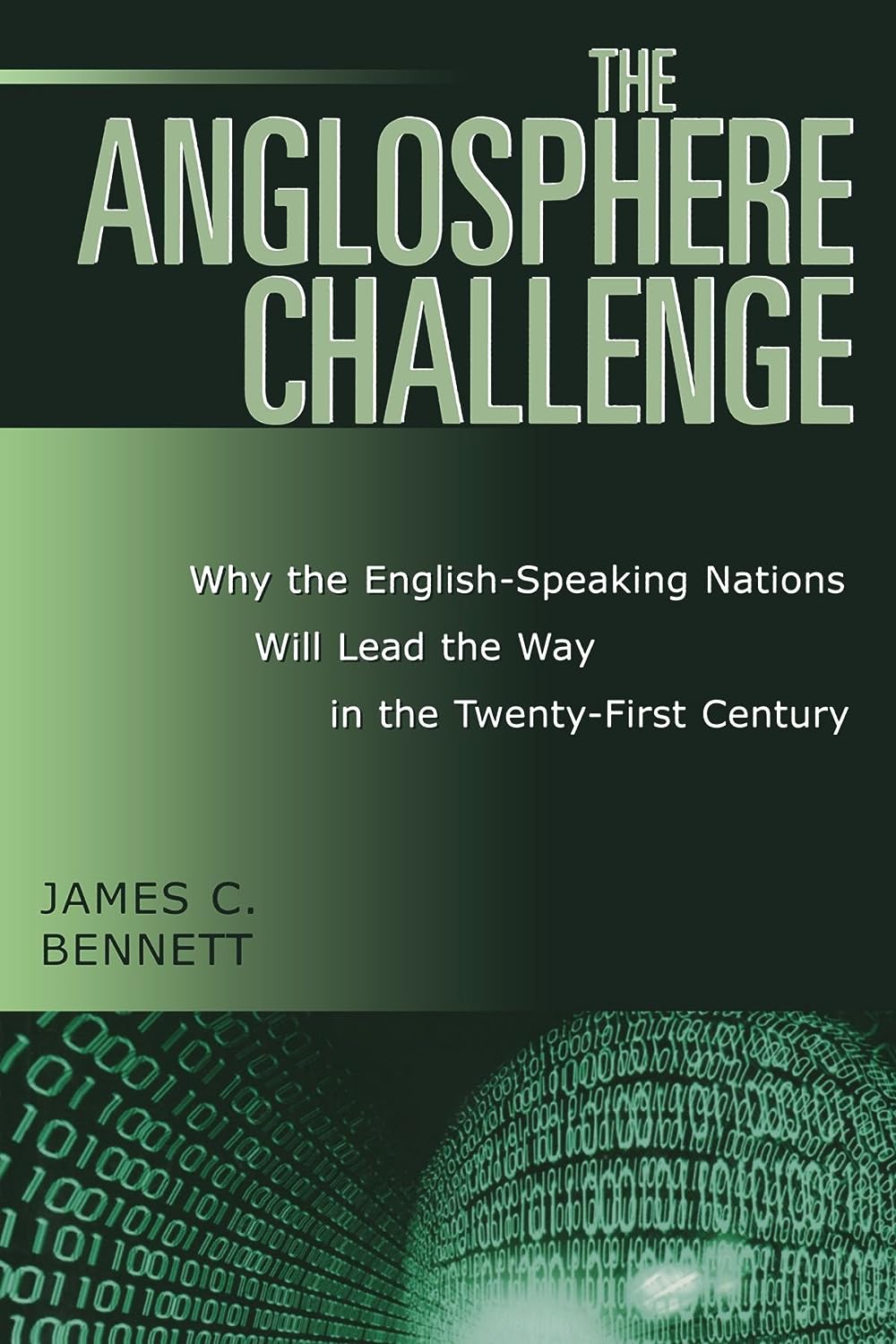 Resistance is futile ! You will be assimilated ! Your life as it has been is over.

We will add your biological distinctiveness to our own.

Your culture will adapt to service us ! Resistance is futile !

You will be assimilated !

“The Anglosphere Challenge: Why the English-Speaking Nations Will Lead the Way in the Twenty-First Century” by James C. Bennett

“The Spirits” by Michael Iwoleit on Second Life