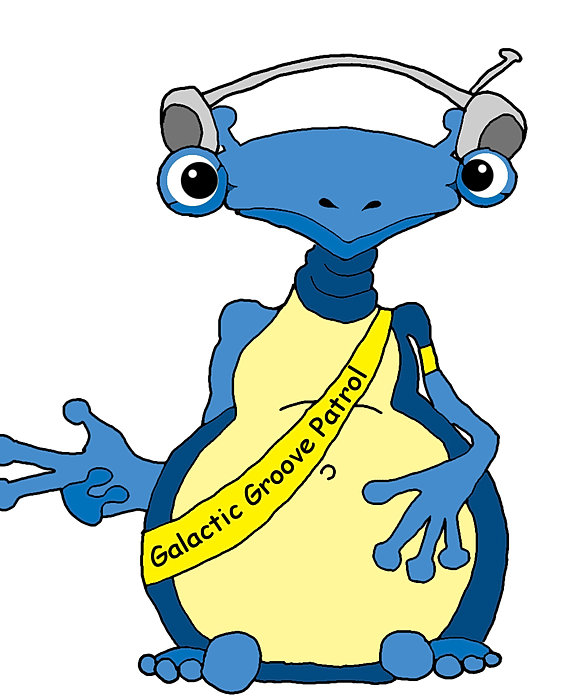 Thanks for all presupporters and friends

LET’S GET READY FOR PARTY!

Who will be there?

Thank you very much for supporting the 2017 EUROCON in Dortmund (Germany).

We are looking forward to meeting you all in Dortmund.

The third guest of honour is confirmed !

After Aleksandr Ziljak and Andreas Eschbach the U-Con/EUROCON 2017 can now present its grafic guest of honour as well.

It is the Irish illustrator Autun Purser.

He lives in Bremen, a German Hanseatic city, and does marine research as his main job. Purser has primarily gained attention with his series of “travel posters” advertising trips to fantastic travel destinations such as Barsoom or Arrakis. For the Fantasy Masterworks edition of Gollancz publisher house, Purser has recently created the cover artwork for Ray Bradburys novel “Something Wicked This Way Comes”. He is an artist whose enthusiasm for science fiction positively jumps at the beholder out of every work. The U-Con team discovered him at Worldcon 2014 in London and is happy about the commitment of this extremely talented grafic artist. Autun Purser will exhibit a selection of his works at the U-Con. His appearance in Dortmund is generously supported by the Science Fiction Club Germany (SFCD). You can gain a first impression of his art on his website.

Our visitors have a large choice of accommodations, also on budget and shoestring levels.

The Hotel Königshof  is within walking distance. It is located in the city center, not far from our convention center, the FritzHenßler-Haus (FHH) and the pedestrian precinct. This is also the place where our guests of honour usually stay.

An equally affordable alternative right next to Hotel Königshof is the A&O Hostel. Places in a dormitory are available from 9 EUR, the prices for single, double and family bedrooms start at 14 EUR.

The inexpensive bedrooms of the Dortmund Youth Hostel are also available for our visitors. A membership in the German youth hostelling association is not required.

You only have to name the key word »U-Con« when booking a bedroom.

This option was made possible by the SFCD who kindly provided us with his group membership card. 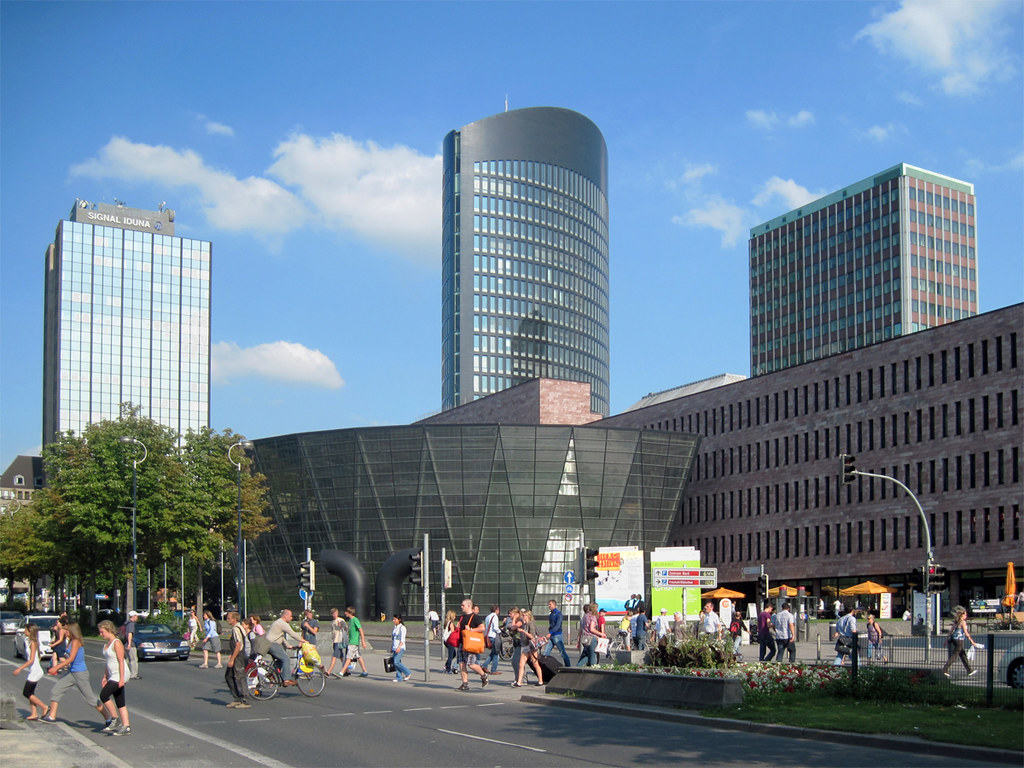 close to the FHH are:

Hotel Esplanade22 from 70 EUR (just opposite the Fritz-Henßler-Haus).

texts.Thus, it now contains information for visitors from Germany and abroad.

The logo of the European Science Fiction Society was probably decided on shortly after the founding of the organization in Trieste in 1972. Unfortunately, none of the current office holders within the ESFS can remember this incident. The logo might seem disconcerting for German beholders as the depicted handshake, which apparently was meant to join Western and Eastern Europe, is reminiscent of another symbol. It resembles the ’iron handshake’, the coat of arms of the communist government party in East Germany during the time of the country’s division.

In 2006 at the Eurocon in Kiev, Dave Lally, the then chairman of the ESFS, supported the idea to place the logo on a yellow flag, which would serve as a perfect contrast to the black ground colour of the logo. As an expert in heraldry he enjoyed the idea that in the following year the now »youngest flag in the world« would be hoisted together with the oldest valid national flag, the Danish danneborg. Since then at the end of each EUROCON the flag is handed to the committee of the next CONVENTION, similar to the flag of the Olympic Games.

This means that by now This means that by now it has fluttered in Copenhagen, Moscow (twice), Fiuggi (Italy), the Czech-Polish twin city Český Těšín/Cieszyn (Teschen), Stockholm, Zagreb, Kiev and Dublin. Before the U-Con takes place in Dortmund, it will flutter on a flagpole in Barcelona.

In the months to come the U-Con team will be present at the following cons:

Dortmund/Germany is situated right in the centre of the continent and can thus be reached easily from Western as well as from Eastern Europe.

​Dortmund is the home of DORT.con, a regional literary sf convention of national importance in Germany. The team of Dortmund in 2017 has run this convention seven times so far. The attending audience has grown constantly to around 270 in 2013. DORT.con is one of the only two regular conventions in Germany which still do invite international guests of honor. Among these have been: Norman Spinrad, Larry Niven, Alastair Reynolds, Nancy Kress, Walter H. Hunt, Robert Charles Wilson and Charles Stross. Members of today’s committee were also a part of the team of Trinity, the Dortmund-based Eurocon of 1999, which had, among others, Brian Aldiss, Josef Nesvadba and Sam Lundwall as Guests of Honor.

​Dortmund is a city of contrasts. The importance of the coal and steel industry in former times can still be seen in many places of the town, long after the last pit has been shut down. “Industrial culture” is the name for a unique multitude of preserved installations, museums, parcs and cultural venues set in buildings of this era. And what the miners of the time enjoyed after work is certainly good enough for today’s tourists. Dortmund is the home of various brands of beer and even shows this part of its history in a special beer museum!
On the other hand there are modern sights like the Florianturm, the TV Tower with its height of 219 meters. And there are many churches showing different styles of architecture. Pubs and restaurants are offering a great variety of food and drinks, regional as well as international. You can have a look at all of this and feel welcome! 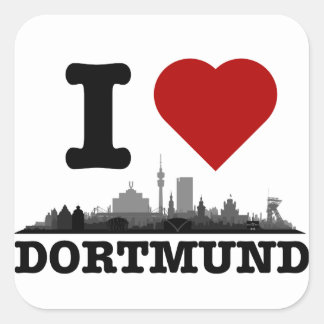 The DORT.con-committee is not only experienced in offering an interresting english-language programme. It also has a now long lasting tradition in entertainment. The Saturday evening shows, which are often parodies of well known TV formats, are famous. Filk music is also a part of the programme. Recently the sf poetry slams have done a lot to baffle and amuse the audience. Eurocon in Dortmund will be some kind of a party indeed!

By plane? By train? By coach?