The thought of Donald Trump entering the White House triggers dark thoughts in many minds.

But the Italian diplomat and former ambassador Giuseppe Cassini (also a contributor to several newspapers) wrote his book “La 17a agenzia. L’America al bivio: recuperare o recidere le gloriose radici pre-imperiali” (The 17th agency. America At the Crossroad: To Recover Or Sever the Glorious Pre-Imperial Roots) long before the US primary elections.

On March 7th he presented the book at the Italian Culture Institute in Stockholm, interviewed by Italy’s ambassador to Sweden, Ms Elena Basile. It was a very interesting evening, and though the auditorium was only 2/3rds filled there were some notables in the audience, including ambassadors from Spain, Colombia and Palestine and a former Swedish minister (Mats Hellström). Interview and Q&A’s lasted for nearly two hours.

To put it short Mr Cassini said that all “empires” crumble and break up.

“There have been 68 empires in world history, depending on how you count,” he said. “And all have declined and fallen. We have Rome, the Mongol Empire, the British Empire and so on… Even Sweden had an empire in the 17th Century, grabbing most around the Baltic Sea and parts of northern Germany. They overstretch their resources and fall apart.”

His book is an alternate history, party fiction, party essays.

You can read an English summary here:

The title of the book, “The 17th Agency“, refers to that there are 16 US agencies engaged in security and intelligence collection. The fictional 17th would be a secret one that we are unaware of.

“June 2016. The president, back from a short mission to Kabul, makes a stopover at a secluded base in Iraq to greet the small military contingent he had dispatched there to help fight the ISIS.  … There Obama shall meet his tragic and unjust fate; there he shall pay the price (the Koranic dia) for the blood, which was shed during the invasion of Afghanistan and Iraq. The actual masterminds (the 17 th Agency?) will never be discovered. … This tragedy throws the USA into mayhem. The vice-president takes power but fails to stabilize the country. The interests of individual States prevail. No clause in the Constitution provides that the Union shall be indissoluble: if a State deems itself better off by going on its own, it will break away. The dissolution of the Federal Covenant ensues.”

These plagues, as he calls them, were discussed in some detail, too much to be summarised here. I talked a bit with Giuseppe Cassini afterwards and he had read some other alternate history works, eg Philip Roth (isolationist Charles Lindbergh becomes president in “The Plot Againts America”) but not Philip K Dick’s “The Man in the High Castle” (Germany and Japan wins WWII and divides the USA). Speculating about possible political developments is something that interests him.

But one should be cautious when speculating about the future.

History has an annoying habit of being a non-linear unpredictable system.

America has after all already survived one civil war (1861-65) and a president’s death in connection (the assassination of Lincoln) under extremely serious circumstances. The EU, with straggling economics, refugees and many populist forces are in more dire straits that the USA at present. What we see now is no way near the 1860’s American drama or the 1990’s one when the Soviet Union dissolved. 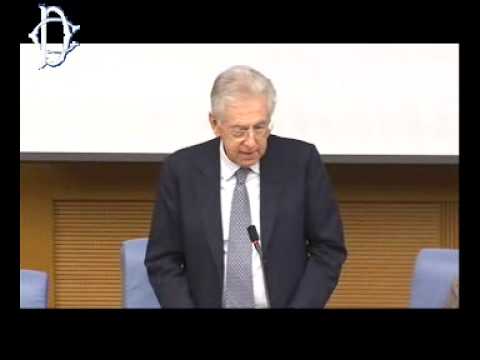 Giuseppe Cassini was born in S. Margherita Ligure (Italy) in 1941. He entered the diplomatic service in 1967 and has served in Belgium, Algeria, Cuba, United States, Geneva (UN) and Somalia.

He was ambassador to Lebanon from 1998 to 2002. He was subsequently Diplomatic Advisor to the Commander of the Italian military contingent as part of the UNIFIL mission.

He has collaborated with newspapers and magazines, including Unità, Il Manifesto, Il Fatto Quotidiano, the Daily Star of Beirut, the Christian Science Monitor from Boston and “Il Politico” (The Politician) of the University of Pavia.