There is no danger in revealing the plot details for this fix up novel. Not because it has no plot. The plot is not what drives the reader to turn page after page. It’s a typical atmosphere book where the lavish texture of the world and the rich inner life of the characters are the main attractions.

The thirteen chapters stand up well on their own and indeed, versions of all but two of them have been published in various venues, including the Year’s Best anthologies edited by the late Gardner Dozois. The common setting and the characters that pass from one piece to another bring the stories together. Yet, the chapters reveal to the reader very different facets of the world and of the characters.

To me, the main source of joy was discovering how this world works. Part of the intriguing style of the novel is introducing concepts and dropping hints early on, that will be explained later. I can see how some readers may be irritated by such an approach, but I find it stimulating.

The novel deserved prize for its heavily loaded language – every word serves a purpose and has a meaning, every word contributes to the message that Tidhar want to convey. Close to the beginning I was impressed how with just a few sentences he introduced the complex international and intercultural background against which the novel is set. Tidhar makes good use of the well-known facts about the situation in the Middle East, but twists them just enough forcing us to wonder if we should rely on the usual stereotypes. 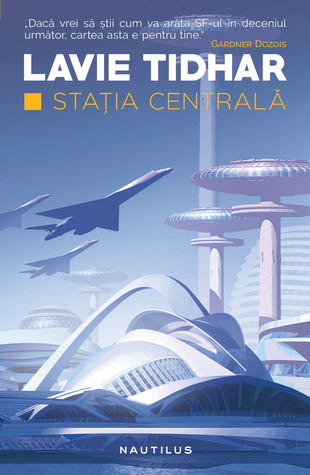 The multiple points of view in Central Station are another element that stands out. It is hard to build a distinct inner voice for each character in an ordinary “linear” novel. I guess, the “fix up” structure of this one makes it easier to some extent; still, I like how it was done: with understatement. On the contrary, some writers use what I would call extreme approaches.

For instance, Iain M. Banks has a protagonist with speech defect that helps to underline his uniqueness.

Tidhar has managed to put recognizable enough imprints on the inner voices of individual characters just using their specific memories and backgrounds.

The overall setting somewhat resembles both the recent novels of Kim Stanley Robinson about the widely populated Solar system, and older Culture works by Banks – especially those where he described civilizations that have been left behind or out of the singularity (regardless of the exact term used). This is an unusual work compared with the “standard” modern SF&F. The latest “fashion” is plot driven stories that heavily rely on action. No much like that in Central Station. The action here takes place inside the human or non-human heads, but it doesn’t make it any less interesting.

At the end nobody saves the world here – not that the world needed saving to begin with. On the surface, all that we have gained after reading these 220 or so pages is to get acquainted with the Chong family and their friends and neighbours. But we have achieved much more than that. Learning about every one of those characters, even the minor ones, is like following an eventful worldline – in the meaning this term has in relativistic astrophysics, no less.

Tidhar manages to bring together the past, present and future – it feels like at any moment the characters exist in all of these tenses at the same time.

I liked the novel and I think those few hours, that it took me to read is, were well spent. Apparently I am not the only one, because it was shortlisted for Arthur C. Clarke and Locus awards, among others, and it won the John W. Campbell award. 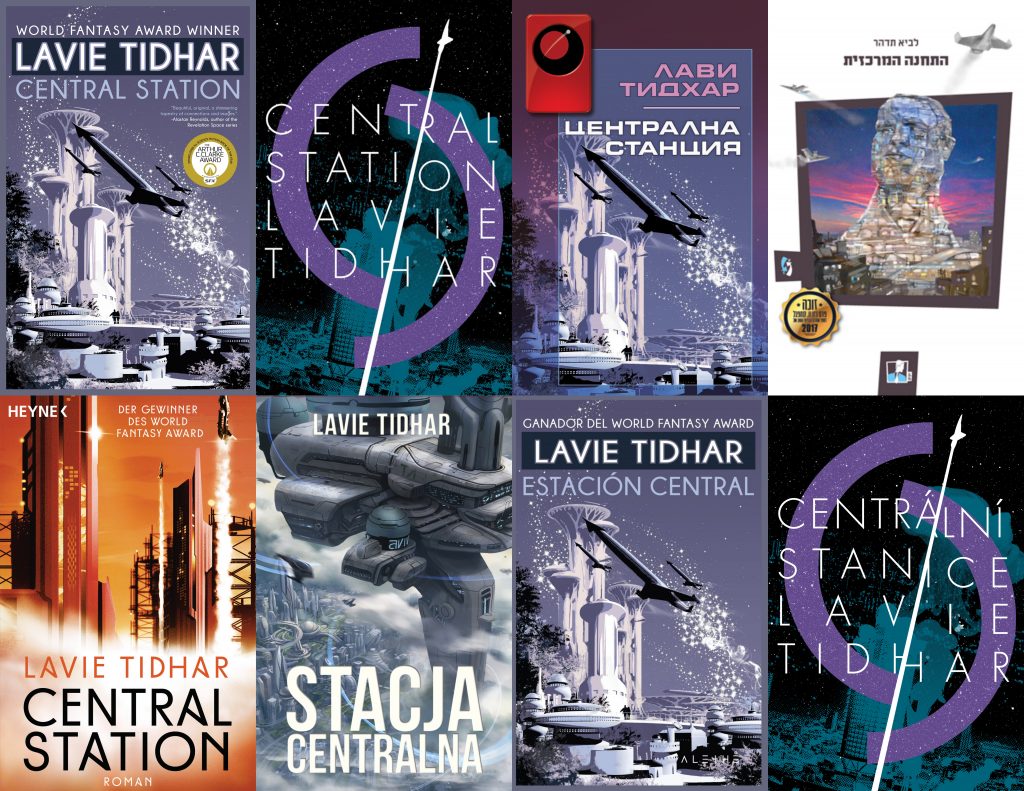 “Central Station” by Lavie Tidhar was originally published in May 2016.
“A worldwide diaspora has left a quarter of a million people at the foot of a space station. Cultures collide in real life and virtual reality. The city is literally a weed, its growth left unchecked. Life is cheap, and data is cheaper. When Boris Chong returns to Tel Aviv from Mars, much has changed…“

Several of Tidhar’s short stories relate to one another in the following chronological order, according to the author:

“The God Artist“, unpublished as of February 2013

“The Birthing Clinics“, unpublished as of February 2013

“Substantively different” versions of these stories form the basis of the fix-up novel “Central Station”.

Lavie Tidhar was born in 1976. He grew up in an Israely kibbutz and has lived for long periods of time in UK, South Africa, Vanuatu and Laos. He has published dozens of stories, five “ordinary” and four graphic novels. His writing, although fantastic in nature, draws heavily from both historic and contemporary settings.

Valentin D. Ivanov (born in the town of Burgas, Bulgaria in 1967) is a Bulgarian SF writer, essayist, reviewer and astronomer working at the European Southern Observatory, Garching bei München, Germany.
Previously, Valentin worked at the European Southern Observatory, mainly at the Cerro Paranal site, Chile. Among his primary research areas are the dynamics of star clusters, formation of stars, brown dwarfs, and exoplanets around such objects.

He had obtained his master degree in physics and astronomy at the University of Sofia in 1992.
He earned a PhD degree at the University of Arizona, Tucson, Arizona, U.S.A. in 2001.
He became a fellow at the European Southern Observatory, Cerro Paranal, Chile and since 2003 he has been a staff astronomer at the European Southern Observatory, Paranal where he is instrument scientist for the wide-field near-infrared camera VIRCAM mounted at the VISTA_(telescope).

In 2006, together with Kiril Dobrev, he has published a Science Fiction story collection in Bulgarian.

Valentin Ivanov and Ray Jayawardhana are two of the pioneers of the investigation of the planemos, a special cast of exoplanets.
They discovered the first double planemo Oph 162225-240515.
This discovery, came just before the debate about the 2006 planet definition, and posed the problem about the distinction between planets and low-mass stars (brown dwarfs).

Some of his English language SF stories, „Crossroads”, „How I saved the World”, „Job Interview” , “Unstable atmospheric circulation”, are online and also some of his reviews: