PARCON, the traditional Czech Convention, organized in a different city each time, became this year a part of ISTROCON, a gigantic festival of games, LARP, movies, manga, anime, all kinds of cosplay, which filled the cultural house Istropolis in Bratislava. PARCON took place in Bratislava last time two years ago.

PARCON was only one track of the program and sadly also the only one in which I was able to participate. A few admiring looks at some of the especially pretty cosplay-wearing girls can’t be counted as taking part in their program, I guess. Therefore I am not informed either about the novelties of Japanese manga, Korean manhwa or about the events in Anime Salon or Comics Salon.

Already on Friday, as soon as I was able to find my way in the huge building, I visited the Salon of Fantasy so that PARCON began for me with a discussion about publishing e-books, led by Martin Králik, publisher of Slovak on-line magazine Jupiter, which belongs to e-book publishing house RogerBooks. Next issue of Jupiter will be available only in a year or so, as Martin’s wife expects a baby and all family is busy.

In the meantime the official opening of ISTROCON (initiated by Róbert „Win“ Žittňan) and PARCON (inaugurated by Lucie „Lulu“ Bocková and Petr „Pagi“ Holan) took place in the main hall.  It was followed by discussion with the doyen of Slovak science-fiction, an author orientated mainly at younger readers, Jozef Žarnay. He told us about his creative beginnings,  about times of crisis, when his writings were disliked by some of the influential members of the Communist party, and how he was able to overcome it all thanks to the positive reception of his books by many young readers. The book collectors could acquire some rare publications of Žarnay’s books from the 90s, which disappeared in the chaotic distribution of that time.

The prestigious Award of Slovak Fandom is called Dragon (Drak) after Žarnay’s most famous book Secret of the Dragon’s Wall  (Tajomstvo dračej steny).

One of the specific features of ISTROCON (and Bratislava in general) is closing time around 10 p.m.. Tired after the journey to Bratislava, I wasn’t eager to find out where the other SF fans took refuge and I went to our hotel whilst accompanying Jiřina Vorlová, the administrator of Karel Čapek Award, who had problems to see in the semidarkness of Bratislava streets.

Saturday’s program of PARCON was started by the discussion with the arbiters of the literary competition The Short Story of ISTROCON (Poviedka Istroconu), Hromovlád and Roger, who were mercilessly critical to some parts of the authors’ competition stories which could have been, according to their opinion, written better.

The erudite lecture by Jozef Žarnay about space themes in the early Slovak fantastic literature followed. 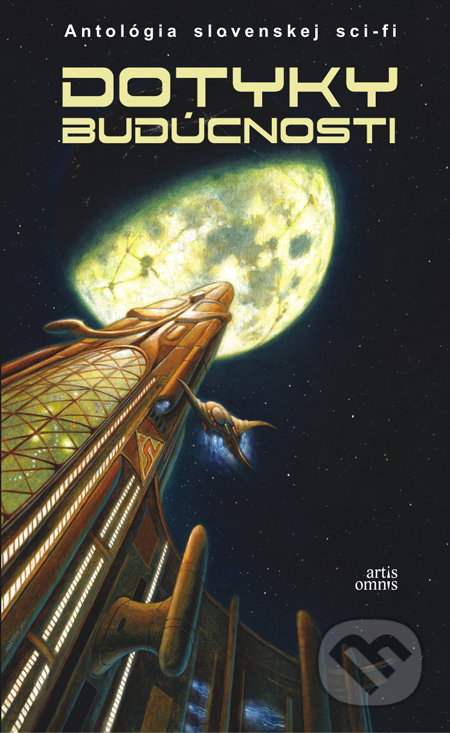 After lunch I went to see the launch of the third anthology of contemporary Slovak SF and F authors Touches of the Future (Dotyky budúcnosti) by publishing house Artis Omnis. The first anthology, Time of Heroes (Čas hrdinov) was launched at the previous PARCON in Bratislava, the second, The Book of Pain (Kniha bolesti), which contains the best of Czech and Slovak underground, appeared inbetween.  The boss of Artis Omnis, Ivan Harman, is the ex-mayor of city of Žilina and an ex-member of Slovak Parliament. He joined the political scene in 1989 as a student activist – quite a common way for a SF fan. 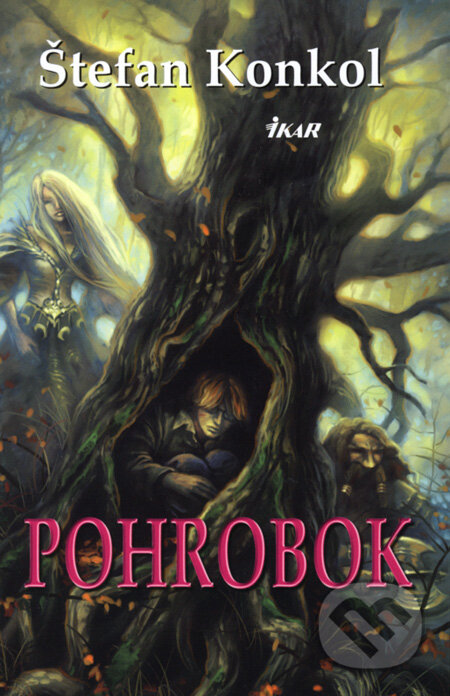 Posthumous Child or the First Slovak Shared Virtual World (Pohrobok, prvý slovenský zdieľaný a virtuálny svet) was the name of the lecture by writer Štefan Konkol and his coworkers about the upcoming game from the world of his book Posthumous Child (Pohrobok). Judging from the size of the team the game won’t be too big, but in case of success it could expand through modules.

The lecture about audio-books in Czech Republic and Slovakia was made special by the input of Jiří „Walker“ Procházka. His opinions about the harmfulness of cyber-piracy could be expected from somebody from older generation, not from a cyber-rebel like him. The whole branch of audio-books is only starting at our market, so it’s a big adventure for all people involved.

In the middle of the launch of the book We told ya! (My jsme vám to říkali) published by Association of Friends of Beautiful Words (Spolek přátel krásného slova) from Hradec Králové, I was addressed by a young female journalist from Bratislava weekly magazine Plus 7 Days (Plus 7 dní) who asked, if in the times of first SF clubs we were also wearing cosplay costumes and if there were also so many books published as today. J

After that there was high time to get back to the hotel and to collect the Award statuette of the President of Czechoslovak Fandom, as the festive evening was getting near.

In difference to previous years we managed everything quite smoothly. Pagi brought the prizes (books and statuettes) for the winners to Istropolis and Pavel Mikuláštík who brought the anthology of Karel Čapek Award winning stories (Salamander – Mlok) and diplomas from city of Brno appeared just in time.

We met by the stage few minutes before eight, got the prizes ready and the announcement of winners could begin. A good half of the winners of literary Karel Čapek Award came to Bratislava personally and were rewarded by books from publishing houses Argo, Epocha and Triton.

Salamander (Mlok) – the most prestigious award for all categories of Karel Čapek Award – went to Kristýna Sněgoňová for her novelette The Cure (Lék).

The Award of the President of Czechoslovak Fandom went to Martin Králik for his organizational work and preparation of two PARCONS in Bratislava.

The  Ludvík Award went to Ľubomír „Dáreček“ Záborský, the Dragon Award  (Drak) to the publishing house Artis Omnis and the Award of Czechoslovak Fandom for long-term work to Miroslav Dvořák, the publisher of the Salamander (Mlok) anthology (he has already published 19 „Mloks“ ). J

Miroslav came in the last moment, in the end only for receiving the Award, because he got lost in Bratislava, but we were all happy, that he came to receive the award personally.

At 10 p.m. we discovered a small hall behind the restaurant, where the staff agreed to stay for an hour longer, and we enjoyed the company of a group of fans around the Hydra Publishing House.

And… that was all of PARCON for me.

She lives in Prague, but spent part of her childhood in Angola and Cuba and recently visits India often.

Her SF literary work won the Karel Čapek Award twice (2001, 2007), she published around one hundred short-stories and quite a lot of articles about mythology and role-playing games. And three novels so far: „Vládci času“ (The Masters of Time), „Stanice Armida“ (Station Armida) and „Detektivní kancelář Sirius“ (Private Investigators’ Agency Sirius). She enjoyes working in team with other authors, especially her sister Petra; together they wrote a historical fantasy novel „Cesta Rudé tanečnice“ (Voyage of the Red Dancer). It´s about pirates and everything is better with pirates. Lucie likes travelling, dancing and learning foreign languages. If she had the chance to learn any alien extraterrestrial language, she would most certainly go for it.