Books in this series will put SF in conversation with postcolonial studies, critical race studies, comparative literature, transnational literary and cultural studies, among others, contributing to ongoing debates about the expanding global compass of the genre and the emergence of a more diverse, multinational, and multi-ethnic sense of SF’s past, present, and future.

Topics may include: comparative studies of selected (trans)national traditions, SF of the African or Hispanic Diasporas, Indigenous SF, issues of translation and distribution of non-Anglophone SF, SF of the global south, SF and geographic/cultural borderlands, and how neglected traditions have developed in dialogue and disputation with the traditional SF canon.

The first volume of the Studies in Global Science Fiction Series :

„This book argues that feminist science fiction shares the same concerns as feminist epistemology—challenges to the sex of the knower, the valuation of the abstract over the concrete, the dismissal of the physical, the focus on rationality and reason, the devaluation of embodied knowledge, and the containment of (some) bodies. Ritch Calvin argues that feminist science fiction asks questions of epistemology because those questions are central to making claims of subjectivity and identity. Calvin reveals how women, who have historically been marginal to the deliberations of philosophy and science, have made significant contributions to the reconsideration and reformulation of the epistemological models of the world and the individuals in it.”

“Written by a very well-known SF author, Guardian writer and recent winner of the BSF award. Provides a much-needed update to one of the touchstone texts in the field, including a new chapter on 21st century science fiction. Encompasses film and media studies as well as literary studies.”

This book is the first English language critical anthology to examine Latin American science fiction in its entirety.

“Latin American Science Fiction is an essential and timely book. Brown and Ginway have masterfully collected valuable texts that capture the current sci-fi sensibility and provide compelling insights into a growing and mutating genre in the region. The critical scope and depth make this an indispensable volume that discloses the complexity of Latin American literature and film well beyond and away from the clichéd perception that it all boils down to magic realism and sociopolitical costumbrismo.” – Mike Wilson, Assistant Professor, Facultad de Letras, Pontificia Universidad Católica de Chile

“This study contributes to a better understanding of how Latin American science fiction, although sharing a similar historical context and cultural tradition, is far from homogeneous. Its diversity is highlighted by different theoretical approaches and thematic perspectives of the contributors. A valuable book.” – Marcello Simão Branco, co-author of Brazilian Yearbook of Fantastic Literature 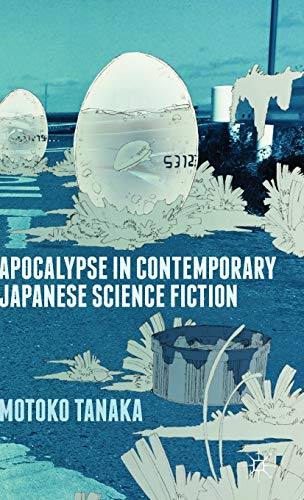 Palgrave Macmillan is a global academic publisher, serving learning and scholarship in higher education and the professional world.

Palgrave is named after the British Palgrave family. Classical historian Sir Francis Palgrave, who founded the UK’s Public Record Office, and his four sons were all closely tied with Macmillan Publishers in the 19th century.

Palgrave Macmillan was created in 2000 when St. Martin’s Press Scholarly and Reference in the USA united with Macmillan Publishers in the UK to combine their worldwide academic publishing operations. The company was known as simply Palgrave until 2002, but has since been known as Palgrave Macmillan.

Palgrave Macmillan : “We publish award-winning research which changes the world across the humanities, social sciences and business for academics, professionals and librarians. We offer authors and readers the very best in academic content whilst also supporting the community with innovative new formats and tools.

With offices in London, New York and Shanghai, and sales teams across 50 countries, we have a global reach. As part of Springer Nature, we are proud to uphold an unbroken tradition of over 170 years of academic publishing.”