(Disclaimer: English is my second language, so I want to apologize in advance for there may be mistakes in the text below. If you find any, please let me know so that I can correct it. I’d really appreciate it. Thanks.)

Some times ago there was much debate about two articles, one by Paul Kincaid, the other by Jonathan McCalmont. Though they make quite an interesting read, I don’t really agree with their opinions on the exhaustion of science fiction. I am, however, deeply grateful to them for they helped me discover an excellent short-fiction writer whom I was not familiar with.
In his article, McCalmont mentions two authors who, in his opinion, are the exception to the sorry state of current SF. The first one was Adam Roberts (whose ”By Light Alone” I read and reviewed a few months ago).

The other one was, I confess, unknown to me: Tim Maughan, an author from Bristol (Great Britain). 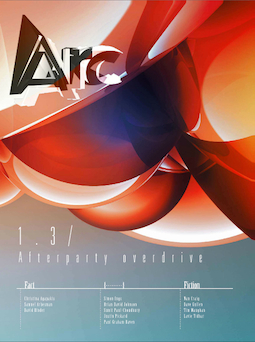 As I usually do in this kind of situation, I immediately started looking for some Maughan’s stories to read and was lucky enough to find that “Limited Edition” was included in ARC 1.3, a magazine that I had already downloaded a few days previously since it was temporarily free. I quickly read the story and I loved it. It is one of the best short stories I’ve read this year and I think it very likely that it will get some nominations once the award season begins. 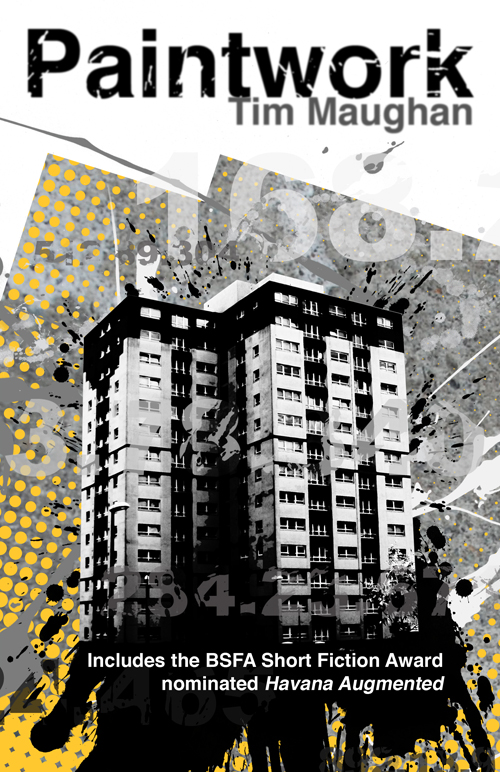 After reading “Limited Edition” I was hungry for more and I bought ”Paintwork”, a self-published collection that includes three stories that are set in the same universe as and even share some characters with “Limited Edition”. Though I didn’t like them as much as the one included in ARC 1.3, these are also very good short stories, making Maughan an author to watch closely in the next years.
All four stories are set in the near future, in a world where globalization is rampant and social networks have evolved and are ubiquitous and central to day-to-day human interaction. Maughan depicts also a bleak future, in which the economical crisis has taken its toll and youth has lost almost all hope. It is easy to see these stories as a warning of what might be awaiting us in just a few years time. Small wonder that McCalmont mentioned Maughan as an author of relevant science fiction because he truly is.

A theme that is common to all the stories is trust. In an all-connected world in which most relationships are made over the social networks, reality is virtual and everybody hides behind an avatar, how can you tell friends and foes apart? Maughan’s answer seems to be that you simply can’t: most of the characters in his stories are either deceived or deceivers themselves. This comes as no surprise in world where reputation is more valuable than loyalty.
I must say, however, that Maughan is doing nothing especially new here. Charles Stross, Cory Doctorow and Neal Stephenson, to name but three, have been doing something similar for some years now. In fact, the spex (augmented reality glasses) that characters in Paintwork constantly use seem to pay homage to the first chapter of ”Accelerando” and the memorable Manfred Macx. And it is impossible to read “Paparazzi” without remembering Stephenson’s ”Reamde” and Doctorow’s “Anda’s Game”.

However, ideas don’t need to be revolutionary to make a good story and what Maughan does in these tales works extremely well. In fact, I think his work can be accurately described as an up-to-date version of Bruce Sterling’s cyberpunk writing, with all that that entails.
All in all, I really enjoyed reading ”Paintwork” and, especially, “Limited Edition” and I highly recommend them to any science fiction fan. I’m looking forward to more of Maughan’s stories. And if this review has piqued your interest (and I certainly hope so), stay tuned for I have an interview with the author coming soon.

Tim Maughan lives in Bristol in the South West of England, science fiction author, freelance writer, debut book ”Paintwork”. Accidental film maker. And when he’s not writing science fiction he writes about Japanese animation and comics for websites like Anime News Network and Tor. He also daydreams about being a techno DJ and spends far too much time on Twitter.

“The Zero Theorem”, A SF Film by Terry Gilliam

“Unexpected Protocol: A Critique of the “I, Robot” Book and Motion Picture”

Snowpiercer and the Machine of Life