The Orwell Foundation is launching a new prize to recognize novels and stories that address social and political themes.

The Orwell Prize for Political Fiction is sponsored by A.M. Heath (the agency for George Orwell’s literary estate) and Orwell’s son Richard Blair.

The existing Orwell Book Prize for fiction and non-fiction will be re­named the Orwell Prize for Political Writing and will focus exclusively on non-fiction. 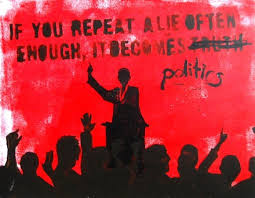 The Orwell Prize, based at University College London, is a British prize for political writing of outstanding quality.

The Prize is awarded by The Orwell Foundation, an independent charity (Registered Charity No 1161563, formerly ‘The Orwell Prize’) governed by a board of trustees. Four prizes are awarded each year: one each for a fiction (to be first awarded in 2019) and non-fiction book on politics, one for journalism and one for ‘Exposing Britain’s Social Evils’ (established 2015); between 2009 and 2012, a fifth prize was awarded for blogging. In each case, the winner is the short-listed entry which comes closest to George Orwell’s own ambition to “make political writing into an art”.

In 2014, the Youth Orwell Prize was launched, targeted at school years 9 to 13 in order to “support and inspire a new generation of politically engaged young writers”.

In 2015, The Orwell Prize for Exposing Britain’s Social Evils, sponsored and supported by the Joseph Rowntree Foundation, was launched.

The British political theorist Sir Bernard Crick founded The Orwell Prize in 1993, using money from the royalties of the hardback edition of his biography of Orwell. Its current sponsors are Orwell’s son Richard Blair, The Political Quarterly, the Joseph Rowntree Foundation and the Orwell Estate’s literary agents, A. M. Heath.

The Prize was formerly sponsored by the Media Standards Trust and Reuters.

Bernard Crick remained Chair of the judges until 2006; since 2007, the media historian Professor Jean Seaton has been the Director of the Prize. Judging panels for all four prizes are appointed annually.