The Neuchâtel International Fantastic Film Festival (NIFFF) is a Swiss film festival dedicated to fantastic movies. It was created in 2000 by a group of friends and is now renowned nationally and internationally as an unavoidable reference in genre cinema. The NIFFF defines itself through a rich and diversified programming, constructed around three central axes : Fantastic cinema, Asian cinema and Digital images. The films shown at the Festival are very diversified, going from worldwide expected movies by renowned directors to unknown and underground films d’auteurs. Famous fantastic film directors have already honored the NIFFF with their presences, including George A. Romero, Joe Dante, John Landis, Terry Gilliam, Hideo Nakata.

Since its creation, the NIFFF has been programmed each year during the first week of July, except in 2001. In 2008, the NIFFF celebrates its eighth edition and counts amongst the major cinematographic events in Switzerland, supported by the Swiss Federal Office of Culture.

Now one of the most important film festivals in Switzerland, NIFFF gives away the “Narcisse” Award by Oscar Winner H.R.Giger, the famous designer of Alien. After The Bothersome Man in 2006, You, the Living by Roy Andersson won the Narcisse award in 2007, leading a high profile selection of over 70 features and shorts, all presented in Swiss or International Premiere.

NIFFF holds various sections, from its International Competition for fantastic features to special programs and workshops devoted to Special Effects and the Digital Image. With two Competitions for feature films (fantastic and Asian) and its side programs the event offer the best platform to promote Fantastic and Asian recent productions in the country. 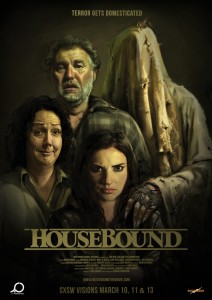 Audience RTS Award : What We Do in the Shadows – Jemaine Clement & Taika Waititi, New Zealand and Kevin Smith (US)

Edouard Waintrop, director of the Quinzaine des Réalisateurs in Cannes and Grütli cinemas