Nemo 2014 is the name of the 41st French National Convention of Science Fiction.

In 2012, in Semoy near Orleans, the participants voted to designate Amiens as a place of the 2014 French SF National Convention entrusting the “Nemo” Association as organizer.

The 41st National Convention French science fiction will take place from Thursday, July 17th to Sunday, July 20th in Amiens, a city in northern France, 120 km (75 mi) north of Paris and 100 km (62 mi) south-west of Lille. Amiens is the capital of the Somme department in Picardy. The city has a population of 136.105.

Amiens is the city where Jules Verne lived most of his life and wrote most of his books, the theme was therefore found, and it was crystallized around the name of one of the most iconic characters in the Verne’s fictional world: that of Captain Nemo …

Jules Verne, the famous science fiction author took up residence in Amiens in 1871 and later was elected city councilman in 1888. “La Maison de Jules Verne” (The House of Jules Verne, 2 Charles Dubois Street), is a museum dedicated to the memory of the writer, recounting the life, work and public policy of Jules Verne, who wrote there the majority of his works (more than 30 novels).

However, Nemo 2014 is not a convention of the friends of Jules Verne (which are certainly welcome), but a Science Fiction Convention. The links and connections between these two worlds of fantasy will therefore be on the agenda !

The French National SF Convention  is a meeting annually organized in France – or in a francophone bordering country – by mainly science fiction professionals.

The first French National Convention was organized in 1974 by the French SF author Jean-Pierre Fontana in Clermont-Ferrand. The event has since been held annually, with most of the time by a different organizer and a different structure and in fact, each year since 1974, the Francophone world of science fiction meets for a few days, often around a theme, to exchange ideas, to attend conferences and panels, debates, etc.. Uniquely, each edition is a new event with a new location, new organizers, and a different theme.

Each year, several prizes are awarded at the French National Convention of Science fiction. The full program (in French) :  http://nemo2014.yolasite.com/programme.php

The Guests of Honor :

Cristian-Mihail Teodorescu : Researcher and writer of science fiction, born in 1966 in Bucharest, Romania. A Physicist since 1990, in 1995 held a thesis in molecular physical chemistry at the Paris Sud University, then he worked in France, Germany, UK;  In 2002, he returned to Romania. Author of a hundred scientific articles and studies. Literature: he started  at the age of 16, obtained some national prizes starting with 1987, published until now three volumes: “SF One” (2008), “SF Two” (2010), and “Senzoriada” (2014). He writes mainly hard SF. Since 2011, he is the President of the Romanian Science Fiction and Fantasy Society (SRSFF).

Aliette de Bodard is worldwide famous, she is born in New York, grew up and lives in Paris, France. French is her mother-tongue but she writes in English. She works as software engineer specialising in image processing.

As speculative fiction writer,  Aliette won the Nebula and Hugo Awards, the British Science Fiction Award for Best Short Story, the Locus Award and the Writers of the Future Contest form 2007. In 2009, Aliette was nominated for the John W.Campbell Award for Best New Writer.

Arthur B. Evans : Professor of literature at DePauw University (US), is a recognized expert in the work of Jules Verne. He directs the English-language academic periodical Science Fiction Studies which publishes feature articles, book reviews and dissertations on Science Fiction – and of course, Jules Verne ! 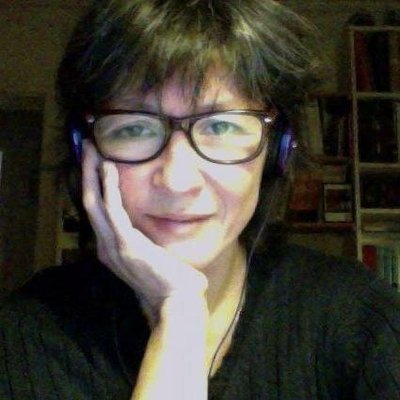 Irène Langlet, Professor of Contemporary Literature, Chief Editor of the academic research journal ReS Futurae,  which will held its annual general meeting during the Nemo 2014 convention on Saturday afternoon. He also studied the francophone popular literature, the result being an encyclopedic work, „Les Maîtres du fantastique en littérature”/Masters of the Fantastic Literature (Bordas, 1993) and two books on Alexander Dumas. In 2007, under his direction was published, a Dictionary of the Francophone Popular Novel/”Dictionnaire du roman populaire francophone” (Nouveau Monde Edition) (New World Edition) which includes 500 articles on the popular novel of the early nineteenth century to the present day. He is also the author of a study, „Les Romans populaires”/Popular Novels (Presses de la Sorbonne Nouvelle, 2011). Daniel Compere is in charge with the dossiers that „Le Rocambole” Magazine dedicates to various aspects of the popular novel, “Dans le sillage de Jules Verne”/In the wake of Jules Verne (2005), “Jules Lermina” (2008), “André Laurie” (2010), “Maurice Leblanc sans Lupin”/Maurice Leblanc without Lupin” (2012), “Robida et les transports”/Robida and the Transports (2014).

Philippe Curval was born in Paris in 1929, is a SF writer, editor, journalist, columnist and a Professional photographer. Philippe Curval  is one of the post-war founders of the French science fiction together with Michel Jeury and André Ruellan. Critic and columnist at Galaxie, Le Monde and  Magazine littéraire,  he also writes a blog on the 42 site.

Ugo Bellagamba  “is one of the best representatives of the new generation of french SF writers appeared at the turn of the new millennium.” (Richard Comballot). Lecturer at the University of Nice, Ugo Bellagamba was one of the Commissioners of the Great Exhibition “Science and Fiction” at La Villette, and is currently the Artistic Director of Utopiales Festival from Nantes. He has just published “L’Origine des Victoires” (The Origin of Victories).