Rachel Cordasco : “There’s a great big world out there, filled with accomplished authors writing in every language. Speculative fiction is an especially vibrant genre, and with works like Cixin Liu’s award-winning “Three-Body Problem” garnering much-deserved applause here in the U.S., and multiple anthologies of Spanish-language fiction becoming available, there’s never been a better time to build your TBR list.”

“The Sphere of Glass” by Marianne Gruber, translated by Alexandra Strelka

“The Wall” by Marlen Haushofer, translated by Shaun Whiteside

“I Who Have Never Known Men” by Jacqueline Harpman, translated by Ros Schwartz

“The Golden Age” by Michal Ajvaz, translated by Andrew Oakland

“Other City” by Michal Ajvaz, translated by Gerald Turner

“The Absolute at Large” by Karel Čapek, translator not credited

“Virtue and Vice in the Middle Time” by Svend Ǻge Madsen, translated by James M Ogler

“The Core of the Sun” by Johanna Sinisalo, translated by Lola Rogers

“In a Thousand Years” by Émile Calvet, translated by Brian Stableford

“From the Earth to the Moon” by Jules Verne, translated by Lowell Bair

“20,000 Leagues Under the Sea” by Jules Verne, translator not credited

“The Elven” by Bernhard Hennen and James A. Sullivan, translated by Edwin Miles

“The Carpet Makers” by Andreas Eschbach, translated by Doryl Jensen

“Between Earth and Moon” by Otfrid von Hanstein, translated by Francis Currier

“1985: A Historical Report” by Gyorgy Dalos, translated by Stuart Hood and Estella Schmid

“Black Tea and Other Tales” by Samuel Marolla, translated by Andrew Tanzi

“Wedding by the Sea” by Abdelkander Benali, translated by Susan Massotty

“The Daughters of Egalia” by Gerd Brantenberg, translated by Louis McKay

“On the Hill of Roses” by Stefan Grabinski, translated by Miroslaw Lipinski

“The Dark Domain” by Stefan Grabinski, translated by Miroslaw Lipinski

“Recipearium” by Costi Gurgu, translated by the author.

“Squaring the Circle: A Pseudotreatise of Urbogomy: Fantastic Tales” by Gheorghe Săsărman translated by Ursula le Guin (from the Spanish of Mariano Martín Rodríguez).

“The Master and Margarita” by Mikhail Bulgakov, translated by Diana Burgin and Katherine O’Connor.

“Those Who Survive” by Kirill Bulychev, translated by John H. Costello.

“No Return” by Aleksandr Kabakov, translated by Thomas Whitney.

“Memories of the Future” by Sigizmund Krzhizhanovsky, translated by Joanne Turnbull with Nikolai Formozov.

“The Nightwatch” by Sergei Lukyanenko, translated by Andrew Bromfield.

“Empire V: The Prince of Hamlet” by Victor Pelevin, translated by Anthony Phillips.

“The Dead Mountaineer’s Inn: One More Last Rite for the Detective Genre” by Arkady & Boris Strugatsky, translated by Josh Billings.

“We” by Yevgeny Zamyatin, translated by Natasha S. Randall.

“The Fourth Circle” by Zoran Živković, translated by Mary Popovic.

“The Library” by Zoran Živković, translated by Alice Copple-Tošić.

“The Goldsmith’s Secret” by Elia Barceló, translated by David Frye.

“Heart of Tango” by Elia Barceló, translated by David Frye.

“The Last Passenger” by Manel Loureiro, translated by Andrés Alfaro.

“The Map of Time” by Félix J. Palma, translated by Nick Caistor.

“The Unit” by Ninni Holmqvist, translated by Marlaine Delargy

“Jagannath” by Karin Tidbeck, translated by the author

“The Book of Madness” by Levent Senyurek, translated by Feyza Howell.

She earned a Ph.D in Literary Studies from the University of Wisconsin, Madison, US in 2010, and taught courses in American and British literature, and Composition. She also worked at the Wisconsin Historical Society Press.

Currently, she writes for Speculative Fiction in Translation, Book Riot and (formerly) for SF Signal.

“Welcome, lovers of speculative fiction. For the past two years, I’ve been reading a lot of spec fic in (English) translation and am constantly amazed at the rich diversity of the genre and its iterations around the world. I started reviewing spec fic in translation at SF Signal in 2014, and thanks in large part to John DeNardo’s support, I’ve forged some wonderful connections with publishers, authors, translators, bloggers, and readers who all recognize the importance of reading stories from other cultures and traditions. Thus we learn just how similar we humans are, and how fascinatingly different. Speculative fiction offers us a unique perspective on the different peoples who call this planet home, and translation is itself a way of turning the alien into the familiar. This is why I want this site to be a home for all sorts of information on the genre (and thus a continuation of the World SF blog created by Lavie Tidhar): we’ll have reviews of the latest translated spec fic; interviews with authors, translators, publishers, editors, etc.; a massive and always-updated bibliography of every translated work of speculative fiction (yes, it’s a tall order, which is why I’m counting on you to help me); and many other features. So for those of you who have found yourself wondering what Romanian science fiction is like, or why people are so pumped about the Three-Body Trilogy, this is the place for you. I’ll be politely asking (i.e. demanding) contributions to this site from all of you wonderful readers, so get ready. Thanks, and in the words of a great starship captain…ENGAGE! ” – Rachel Cordasco

In the mean time just have a look to the Dalkey Archive Press‘ (US) series “Best Yearly European Fiction” : 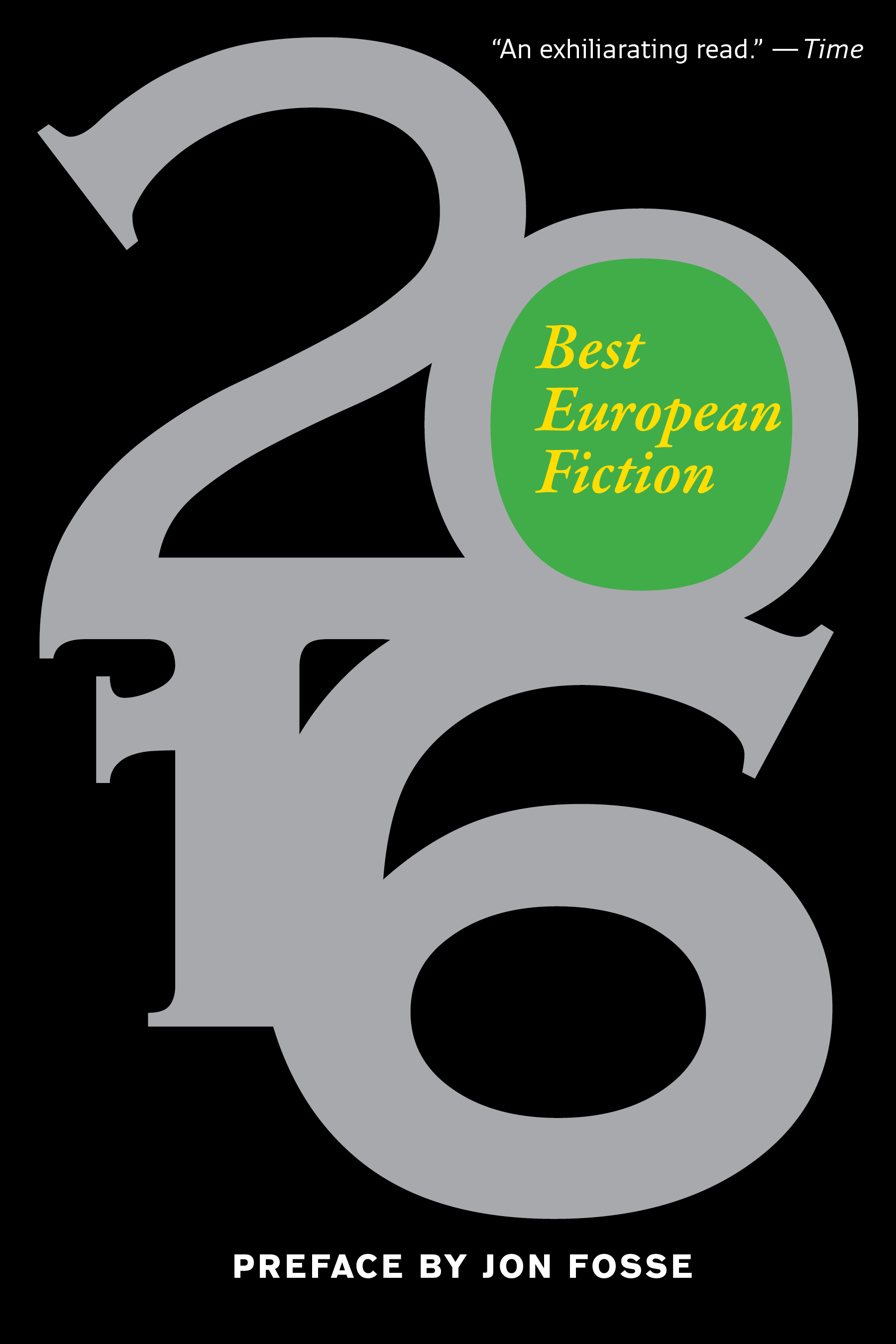 “Since 2010, this anthology has been an essential resource for readers, critics, and publishers interested in contemporary European literature. In this, the seventh installment of the series, Best European Fiction 2016 continues its commitment to uncovering the best prose writing happening on the continent―from Azerbaijan to Denmark, from Portugal to the Ukraine―featuring work by established authors such as Josef Winkler, Christian Gailly, and João de Melo, as well as up-and-coming writers like Krisztina Tóth, Justyna Bargielska, Veronika Simoniti, and Bessora

The volume is also a forum for the best translators working today, featuring new translations by Lawrence Venuti, Vera Rich, Amaia Gabantxo, Adrian Nathan West, and many more. Also featuring a provocative prefatory essay written by John Fosse, Best European Fiction 2016 is another essential report on the state of global literature in the twenty-first century.” 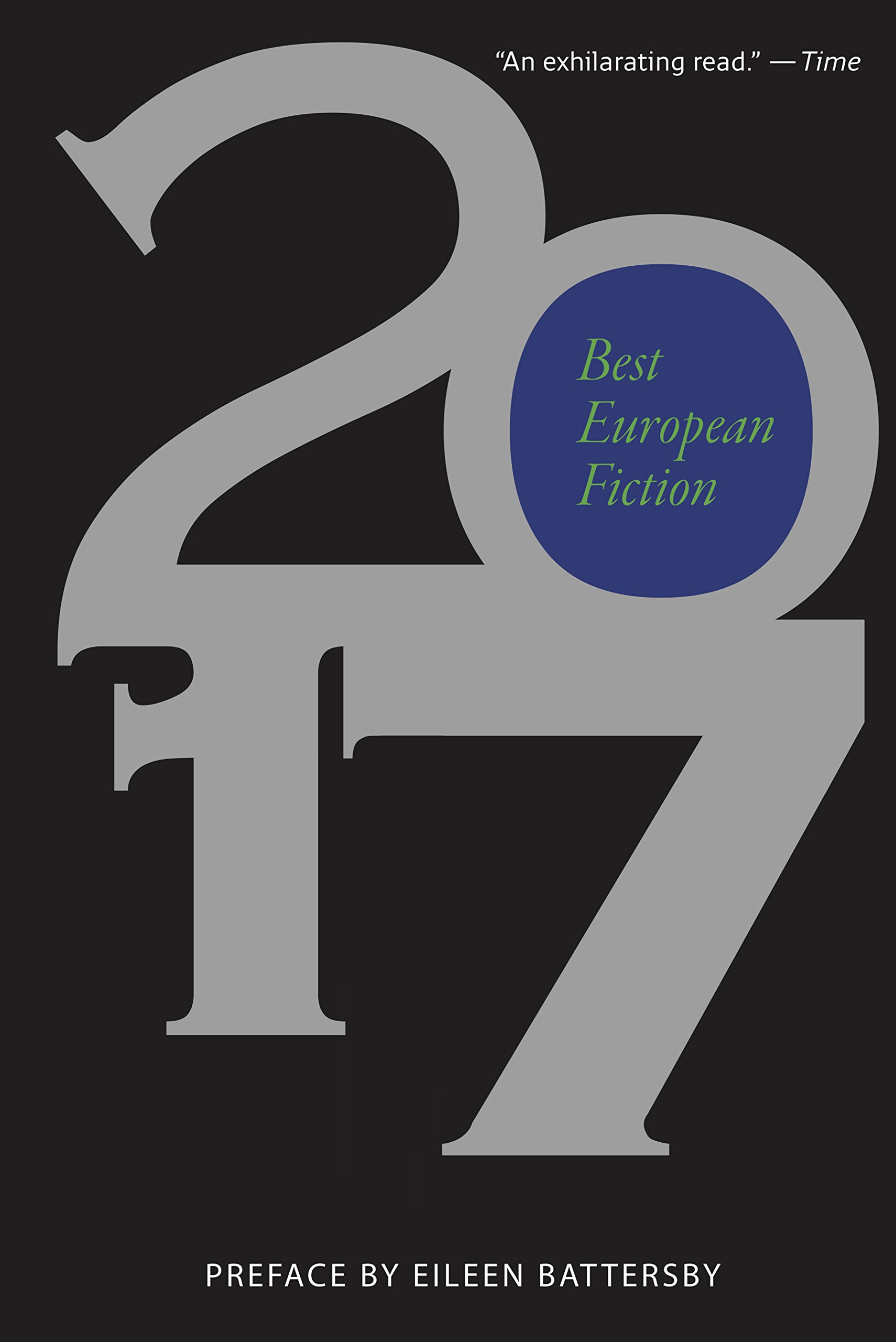 “This anthology is the essential resource for readers, critics, and publishers interested in contemporary European literature. In this, the eighth installment of the series, the anthology continues its commitment to uncovering the best prose writing happening across the continent from Ireland to Eastern Europe. Also featuring an erudite prefatory essay written by Eileen Battersby of the Irish Times, Best European Fiction 2017 is another essential report on the state of global literature in the twenty-first century.”