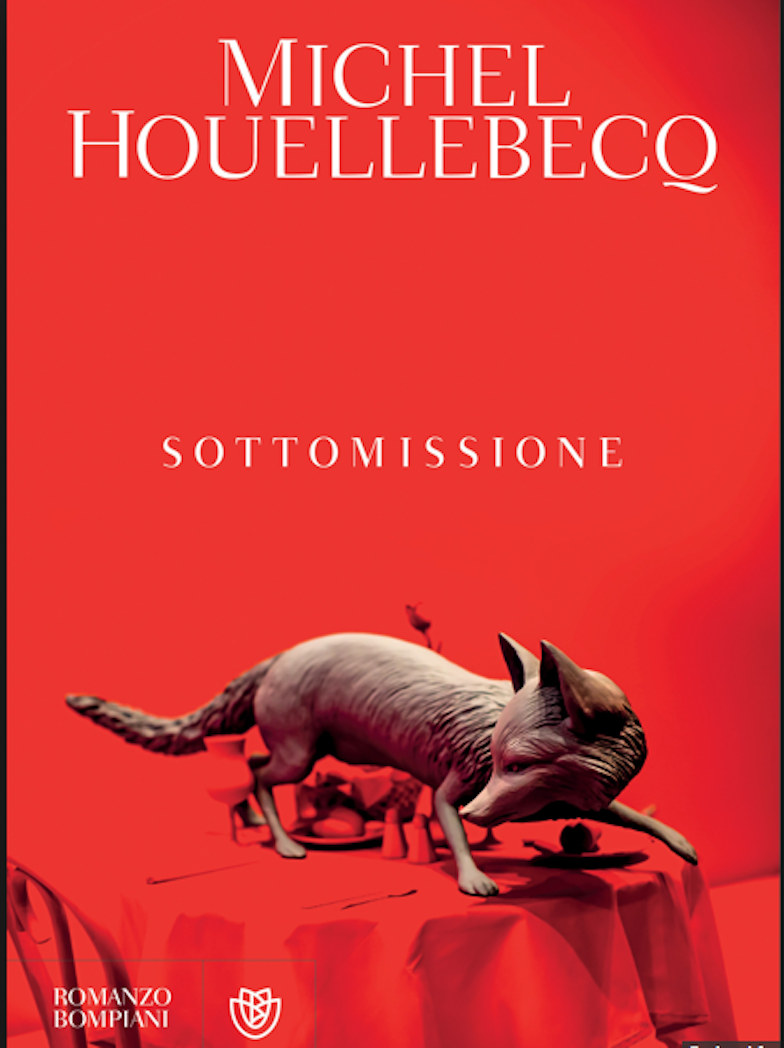 Sales of the italian version („Sottomissione”) of Michel Houellebecq’s „Submission”: the never-seen success ! The short-term anticipative novel („a cross between satire and utopia”), in which a near-future France elects a Muslim fundamentalist government, tops Italian book charts in the first weeks on sale.

In Italy, the latest book by Michel Houellebecq climbed directly and right out into best sellers’ category. In Italian language the novel was published, translated as “Sottomissione” (Submission) and launched on January 15, 2015, by the prestigious Bompiani Press.

Even before its release in bookstores on January the 15th, „Sottomissione” (Bompiani Press) was commissioned by more than 85,000 readers. On  January the 22th 2015, Bompiani  announced that they had already sold more than 200,000 copies of the new novel by Michel Houellebecq, the best sales of the period, after that of the last work of Umberto Eco, „”Numero zero” (Number Zero). 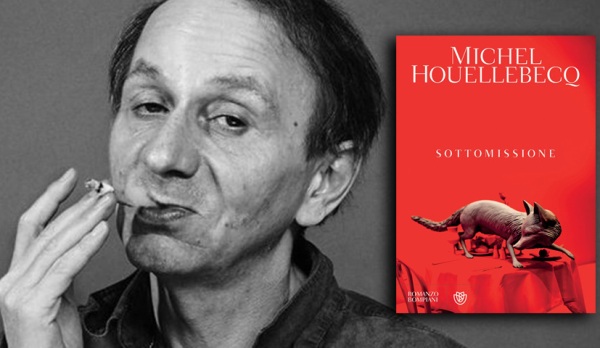 “We have never seen such a phenomenon”, said Elisabetta Sgarbi, editorial director of Bompiani. “For comparison, The Possibility of an Island (2005) has sold 100,000 copies all editions and The Map and the Territory (2010), 45,000 copies.”

“Michel Houellebecq is a cult author here in Italy. The output of each of his books enjoyed carefully press coverage”, said Elisabetta Sgarbi, which recognizes that the Paris terrorist attacks of 7 January 2015 contributed to  “increase the sales”.

On 7 January 2015, the date of the Charlie Hebdo islamofascist mass murder in Paris, the novel “Submission” (Soumission) was published by Flammarion Press (Paris). On the same date, a cartoon of Houellebecq appeared on the cover page of Charlie Hebdo and the caption, “The Predictions of Wizard Houellebecq.”

In an interview with Antoine de Caunes after the jihadist mass murder, Houellebecq stated he was not in good shape and had cancelled the promotional tour for “Submission” (Soumission).

„Submission” (Soumission) tells of a near-future France which votes the “muslim fraternity” party, rather than the far-right Front National, headed by Marine Le Pen. Once the change is effected, women begin to wear veils in public. The action takes place in 2022 in France. A charismatic muslim politician, Mohamed Ben Abbes, gathers more and more voters around. The Socialist Party is in an alliance with the Conservatives and Ben Abbes preventing the rise of the extreme right National Front under Marine Le Pen. Ben Abbes is elected President of France, and changes the secular constitution, replacing it with theocracy, Sharia, patriarchy and polygamy. Barbary,  primitivism and slavery equals „submission”. The novel is set with two fears of contemporary political France: the extreme right on one hand and the islamization of Europe on the other. The French like the German and Italian translated title refers to the word meaning of “islam” as a complete submission or surrender of the believer.

The novel, which drew controversy over its topic even before publication, was released in France on 7 January, the day on which 12 people were killed by islamofascist terrorists at the satirical magazine Charlie Hebdo, including Houellebecq’s friend, Bernard Maris.

It sold 120,000 copies in its first five days on sale in France. It has nudged Ian McEwan’s The Children’s Act off  the top spot of Germany’s charts with 230,000 sold copies. Bompiani  sold more than 200,000 copies in Italy. An UK edition of Soumission is scheduled for September.

„Submission can be read as fusion of three texts: a political fiction novel, a story about the decline of an university  and an essay on Huysmans, one of the fathers of decadence.” – Alessandro Baricco