When I left it was about 10 minutes left of regulation time. The Swedish football girls had stood up well against the Brazilian onslaught in the Olympics semi final. The match was on one of those cable channels I don’t have, so I had searched the net  and found it streamed from an unknown Spanish station. Words in Spanish echoed in my ears. It was 0-0 but I more or less knew how it would end.

I had to leave, to get to the Academy Bookstore (Akademibokhandeln) in Stockholm, in time for meeting author Elizabeth Hand. She’d present her latest novel translated to Swedish, “Se Mörkret” (See the Darkness, original English title Available Dark, publisher Constant Reader, a publishing house owned by media profile Linda Skugge who has also done the translation).

On stage was also  bestselling YA author Sara Bergmark Elfgren (the Engelsfors fantasy trilogy, co-authored with Mats Strandberg was there too, but in the audience). I arrived in the knick of time, grabbed a glass of white wine the publisher provided and managed to get one of the last chairs for the packed crowd that had gathered.

I’ve met (or at least seen) Ms Hand before. She was GoH of Finncon 2007 in Jyväskylä. She writes fantasy, apocalyptic stories, thrillers often with fantastic ingredients, and the new book – she began with reading a couple of pages from it – is about a New York photographer, Cass, with a background as punk rocker. I haven’t yet read it, but It seems it has plenty of apocalyptic moments, and it is set in Helsinki and Reykjavik.

“It contain a series of real world disasters,” she said. “Like an apocalyptic road movie…”

She describes Cass as an asshole, but she has her moments. She is intelligent, can be funny and she loves art. Norwegian chuch-burners from black metal rock circles are also involved. (That’s real events which have gotten a lot of attention in Norway.) Before writing she studied the black metal scene, but she said she didn’t connect to the music itself. She described it as misanthropic.

“I always inserts elements of the fantastic,” she said. “It’s like a filter against reality for my characters. I like to get a feeling of magic into the world.”

She has written more book in this series, and piece if news is that she’s working on book four – which will begin in London, and then move to Stockholm. Sara said she and Mats had been out with Ms Hand yesterday guiding here through town and thereby helping her to research the coming novel.

She’s from Maine, but also lives part time in Britain. She likes desolate “bleak” places and often begins her books in such a setting. She sees similarities between Sweden and Maine. The landscape, the coastal islands, the people, with their resilience – Swedish immigrants used to settle in Maine. And she talked about when she visited Iceland, the rugged landscape with virtually no trees.

Once thing she does (beside writing and being a book reviewer) is to teach. She does writing classes.

“I find that very interesting and energising. You meet young people hoping to start a writing career who have to find  out how the craft works.”

She was asked about her advice for new writers. Among these we have

“To read a lot is important.” It’s important to study how others write.

“Characters have to change.”

In the Q&A session with the audience a woman happened to ask exactly the question I’d put forth (if I had been a little quicker), namely about the technicalities of how she works, like if she plans the story in details beforehand:

“I usually have a  general idea of where the story should be going, but details could  change underway. I don’t make it up as I go along. Writing is like a road trip.”

Afterwards a long line of people formed, wanting books signed. (And I have myself downloaded some of here stories to my Sony Reader. But you can get eg a PDF file signed…) I chatted  bit with a lady who had been on a literary walk about August Strindberg and I told her about my recent visits to the Strindberg museum. And maybe a plastic glass of white to it. When signing was over I exchanged a few words with Ms Hand. She remembered the Finncon, and though inner Finland with its forests is the kind of places she likes. And of course she’ll come to Worldcon 75, next august in Helsinki.

As I next connected to the net, Team Sweden had beaten Brazil, on their home turf in Rio. 0-0 after overtime, but 4-3 after penalties. I knew it. It was the same story against the USA. The ladies in yellow and blue will be in their first Olympic gold final. I guess someone will write a book about it. Should they win it’d be almost science fiction… 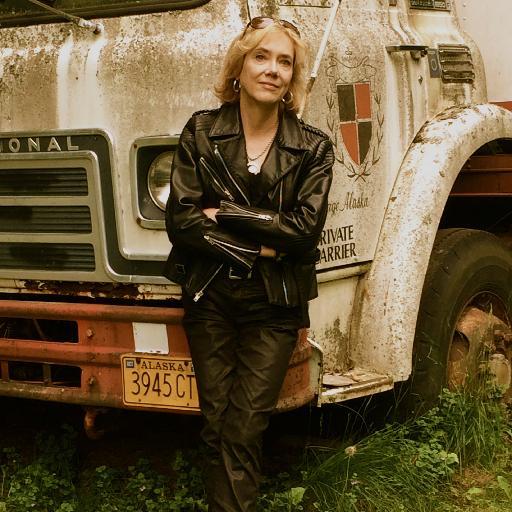 Hand grew up in Yonkers and Pound Ridge, New York, US. She studied drama and anthropology at The Catholic University of America. Since 1988, Hand has lived in coastal Maine, the setting for many of her stories. She also lives part-time in Camden Town, London which has been the setting for Mortal Love and the short story “Cleopatra Brimstone”.

Her story collections are “Last Summer at Mars Hill” (1998) (which includes the Nebula and World Fantasy award-winning title novella); “Bibliomancy” (2002), winner of the World Fantasy Award;  and “Saffron and Brimstone: Strange Stories“, which includes the Nebula Award-winning “Echo” (2006). “Mortal Love” was also shortlisted for the 2005 Mythopoeic Fantasy Award for Adult Literature.

Among Hand’s other recent short fiction, “Pavane for a Prince of the Air” (2002) and “Cleopatra Brimstone” (2001) won International Horror Guild Awards. She won the Shirley Jackson Award for Generation Loss and the World Fantasy Award in 2008 for “Illyria“.

One of Hand’s themes from the “Winterlong” saga is the remorseless exploitation of animal and plant species to create what she calls “geneslaves.” Examples include a three-hundred-year-old genetically reconstructed and cerebrally augmented Basilosaurus by the name of Zalophus; the aardmen, hybrids of dog and man; hydrapithecenes, human-fish or human-cuttlefish hybrids somewhat resembling Davy Jones and his crew from the Pirates of the Caribbean film series; and sagittals, whelks genetically engineered to be worn as a bracelet and, when its host feels threatened or agitated, extrude a spine laced with a deadly neurotoxin.

2003 “The Least Trumps” in Conjunctions 39: The New Wave Fabulists

2007 The Bride of Frankenstein (media tie-in)

1990 “Jangletown” (with Paul Witcover; in The Further Adventures of The Joker)

1993 “Lucifer Over Lancaster” (with Paul Witcover; in The Further Adventures of Superman)

Some of her awards:

The World Fantasy Award for Bibliomancy (2002)

The World Fantasy Award for Illyria (2008)

How to Train Your Tuk Tuk: Arley Sorg and Josh Pearce...

Decide which cookies you want to allow. You can change these settings at any time. However, this can result in some functions no longer being available. For information on deleting the cookies, please consult your browser’s help function. Learn more about the cookies we use.