“Fantastika”, a concept and a term borrowed from the slavic languages and employed (“coined” ? the term and the concept was invented in several slavic cultures and languages and introduced from the end of the 19th century) by John Clute , is an umbrella term which incorporates the genres of fantasy, science fiction, and horror, but can also include alternative histories, steampunk, young adult fiction, or any other imaginative space. The 3rd annual Fantastika Conference will focus on productions of Fantastika globally, as well as considering themes of contact across nations and borders within Fantastika. It is our hope to draw together academics with an interest in Fantastika from an international audience to share and disseminate Fantastika-related research globally. 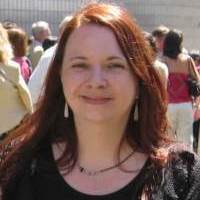 Dr. Semper (University of Birmingham) lectures in medieval English, with a special interest on the interaction between text and image in manuscript studies; she also teaches and publishes on fantasy literature. Her keynote will be examining the relation between the medieval world and modern fantasy.

Dr. Heholt (Falmouth University) is a senior lecturer focusing on the supernatural. Her recent work has focussed on the concepts of regions and the Gothic and haunted landscapes. She is editor of a new e-journal, Revenant: Critical and Creative Studies of the Supernatural: www.revenantjournal.com.

– globalization, industrialization, development and the future

– notions of the ‘other’

And stay tuned for the special “Visualizing Fantastika” edition of The Luminary, featuring extended papers from last year’s conference, due out in 2015 !

Space, dystopia and the medieval in Stockholm – Ahrvid Engholm (Sweden)