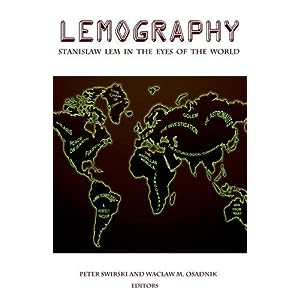 “Lemography is a unique collection of critical essays on Stanisław Lem, writer and philosopher.

Its aim is to introduce aspects of his work hitherto unknown or neglected by scholarship and evaluate his influence on twentieth-century literature and culture – and beyond.

The book’s uniqueness is enhanced by the global makeup of the contributors who hail from Canada, United States, Great Britain, Germany, Croatia, Poland, Sweden and Finland.

In all cases, these are scholars and translators who for many years have pursued, and in some cases defined, Lem scholarship. Rather than study Lem as a science fiction writer, each essay commands a wider sphere of reference in order to appraise Lem’s literary and philosophical contributions. Each focuses on a different novel (or set of novels) from the writer’s opus, examining them critically. Between them, the essays cover virtually all phases of Lem’s multidimensional career, ensuring comprehensive coverage.“

Lem Redux: From Poland to the World – WACLAW M. OSADNIK and PETER SWIRSKI

The Unknown Lem: Man From Mars, The Astronauts, The Magellan Nebula – PETER SWIRSKI

The Hilarious and Serious Teachings of Lem’s Robot Fables: The Cyberiad – BO PETTERSSON 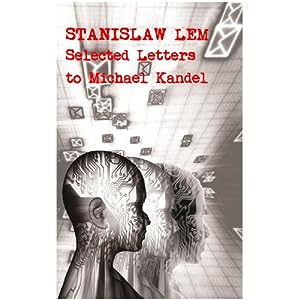 Peter Swirski is Professor of American Literature and Culture at the University of Missouri-St. Louis, US and co-author of “Stanislaw Lem: Life and Selected Letters” (LUP, 2014).

Waclaw M. Osadnik is Professor of Modern Languages and Cultural Studies at the University of Alberta in Edmonton.

Peter Swirski is Professor of American Literature and Culture at the University of Missouri-St. Louis and Honorary Professor in American Studies in China.

Waclaw M. Osadnik is Professor of Modern Languages and Cultural Studies at the University of Alberta in Edmonton.

Nicholas Ruddick is Professor and Head of English at the University of Regina, where he has taught since 1982.

Bo Pettersson is Professor of the Literature of the United States and former Head of English at the Department of Modern Languages, University of Helsinki.

Victor Yaznevich is a PhD in technical sciences (Moscow, 1993) with specialization in computers and information, is one of the prominent Russian-language translators and bibliographers of Lem.

Kenneth Krabbenhoft has been Professor of Spanish and Portuguese at New York University until his retirement in 2013.