A night of SF, “Exploration of Dangerous Ideas” with  Ken Macleod and Nnedi Okorafor in Edinburgh (14th of June 2014,  Summerhall Demonstration Room) 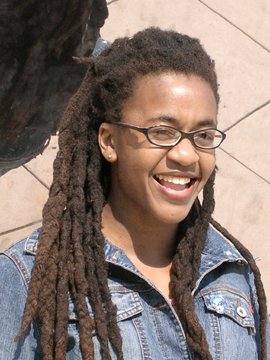 On Saturday 14th June 2014 two award-winning science fiction authors Ken MacLeod and Nnedi Okorafor  have been in conversation with Stuart Kelly, discussing Science Fiction and the “Exploration of Dangerous Ideas” and the freedom that science fiction writing offers, with reference to their own works, and with an audience Q & A afterwards.

Ken MacLeod (“Intrusion” and most recently “Descent”) and Nnedi Okorafor (“Who Fears Death”, winner of the World Fantasy Award 2011)  have discused their favourite pieces of provocative SF from their own works and others followed by an audience Q and A

A dram of whisky was offered to everyone attending over 18 years old to toast the late Iain Banks. 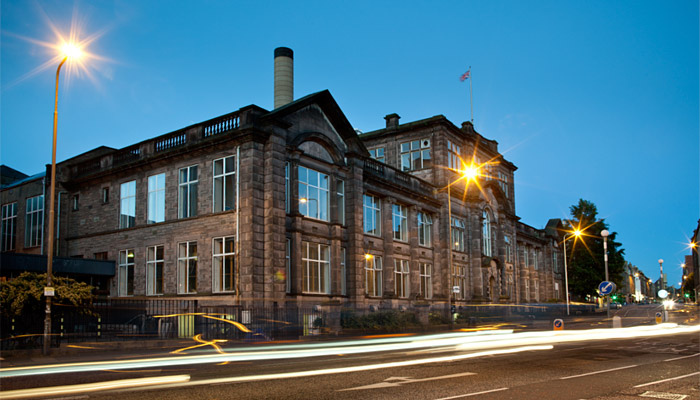 This free event was organised by Scottish PEN and was held in the Demonstration Room, Summerhall from 7 to 8pm. 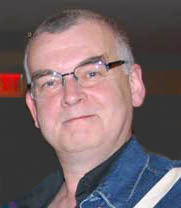 Ken Macleod was born in Stornoway (a town on the Isle of Lewis, in the Outer Hebrides of Scotland), graduated from Glasgow University with a degree in zoology, has worked as a computer programmer and written a masters thesis on biomechanics. Ken is married with two children and lives in South Queensferry.

His science fiction novels often explore socialist, communist, and anarchist political ideas, most particularly the variants of Trotskyism and anarcho-capitalism or extreme economic libertarianism. Technical themes encompass singularities, divergent human cultural evolution, and post-human cyborg-resurrection. MacLeod’s general outlook can be best described as techno-utopian socialist,  though unlike a majority of techno-utopians, he has expressed great scepticism over the possibility and especially over the desirability of strong AI.

He is known for his constant in-joking and punning on the intersection between socialist ideologies and computer programming, as well as other fields. For example, his chapter titles such as “Trusted Third Parties” or “Revolutionary Platform” usually have double (or multiple) meanings. A future programmers union is called “Information Workers of the World Wide Web”, or the Webblies, a reference to the Industrial Workers of the World, who are nicknamed the Wobblies. The Webblies idea formed a central part of the novel “For the Win” by Cory Doctorow and MacLeod is acknowledged as coining the term.

Doctorow has also used one of MacLeod’s references to the singularity as “the rapture for nerds” as the title for his book “Rapture of the Nerds”. There are also many references to, or puns on, zoology and palaeontology. For example in “The Stone Canal” the title of the book, and many places described in it, are named after anatomical features of marine invertebrates such as starfish.

“The Sky Road” (1999) BSFA Award winner, 1999; Hugo Award nominee, 2001  – represents an ‘alternate future’ to the second two books, as its events diverge sharply due to a choice made differently by one of the protagonists in the middle of “The Stone Canal”.

This series is also available in two volumes:

“Fractions: The First Half of the Fall Revolution” (2009)

“Divisions: The Second Half of the Fall Revolution” (2009)

Begins the series with a first contact story in a speculative mid-21st century where a resurgently socialist USSR (incorporating the European Union) is once again in opposition with the capitalist United States, then diverges into a story told on the other side of the galaxy of Earth-descended colonists trying to establish trade and relations within an interstellar empire of several species who travel from world to world at the speed of light.

Ken Macleod : “In The Restoration Game I revisited the fall of the Soviet Union, with a narrator who is at first a piece in a game played by others, and works her way up to becoming to some extent a player, but – as we see when we pull back at the end – is still part of a larger game.”

“Intrusion” (2012): “an Orwellian surveillance society installs sensors on pregnant women to prevent smoking or drinking; and these women also have to take a eugenic “fix” to eliminate genetic anomalies.”

“Descent” (2014): “My genre model for Descent was bloke-lit – that’s basically first-person, self-serving, rueful confessional by a youngish man looking back on youthful stupidities… … Descent is about flying saucers, hidden races, and Antonio Gramsci’s concept of passive revolution, all set in a tale of Scottish middle class family life in and after the Great Depression of the 21st Century. Almost mainstream fiction, really.”

Nnedi Okorafor (was born in the United States to two Igbo (Nigerian) immigrant parents) is an American writer of fantasy, science fiction, and speculative fiction. She holds a PhD in English and is a tenured professor at Chicago State University. Nnedi’s muse is Nigeria.

Okorafor has published three acclaimed books for young adults, “Akata Witch”, “The Shadow Speaker” and “Zahrah the Windseeker”. Zahrah takes place in a highly technological world based on Nigerian myths and culture and won the Wole Soyinka Prize for Literature in Africa. Okorafor’s children’s book “Long Juju Man”, a story about a girl’s encounters with an irritating crafty ghost, was the 200708 winner of the Macmillan Writer’s Prize for Africa.