Johanna Sinisalo’s “The Core of the Sun” SF Novel : the 2017 Prometheus Award Winner

The Libertarian Futurist Society has announced the winner of the 2017 Prometheus Award for Best Novel, honoring works published in 2016 that “examine the meaning of freedom.”

The Prometheus Awards will be presented in a ceremony during Worldcon 75 on August 11, 2017 in Helsinki Finland. 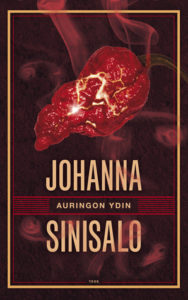 “The Core of the Sun” was published in U.S., U.K., Canada, Germany, France and Czech Republic. 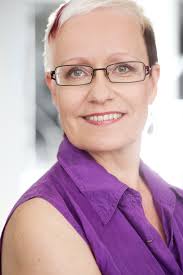 “From the Queen of “Finnish Weird,” a captivating and witty speculative satire of a Handmaid’s Tale–esque welfare state where women are either breeders or outcasts, addicts chase the elusive high of super-hot chili peppers, and one woman is searching for her missing sister.

“An intoxicating book, sizzling to look at and as spicy as a hot pepper.” — “Weltexpress” (Germany)

“From the author of the Finlandia Award–winning novel Troll: A Love Story, “The Core of the Sun” further cements Johanna Sinisalo’s reputation as a master of literary speculative fiction and of her country’s unique take on it, dubbed “Finnish Weird.”

Set in an alternative historical present, in a “eusistocracy”—an extreme welfare state—that holds public health and social stability above all else, it follows a young woman whose growing addiction to illegal chili peppers leads her on an adventure into a world where love, sex, and free will are all controlled by the state.

The Eusistocratic Republic of Finland has bred a new human sub-species of receptive, submissive women, called eloi, for sex and procreation, while intelligent, independent women are relegated to menial labor and sterilized.

Vanna, raised as an eloi but secretly intelligent, needs money to help her doll-like sister, Manna. Vanna forms a friendship with a man named Jare, and they become involved in buying and selling a stimulant known to the Health Authority to be extremely dangerous: chili peppers.

Then Manna disappears, and Jare comes across a strange religious cult in possession of the Core of the Sun, a chili so hot that it is rumored to cause hallucinations. Does this chili have effects that justify its prohibition? How did Finland turn into the North Korea of Europe? And will Vanna succeed in her quest to find her sister, or will her growing need to satisfy her chili addiction destroy her? 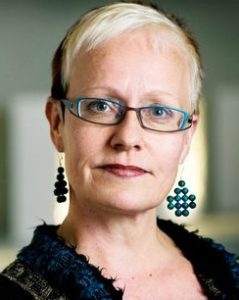 She studied comparative literature and drama, amongst other subjects, at the University of Tampere. Professionally she worked in the advertising business, rising to the level of marketing designer.

Sinisalo was awarded the Finlandia Prize for literature in 2000 for her first novel, “Ennen päivänlaskua ei voi” (translated in English language as “Not Before Sundown” in 2003 and again as “Troll — A Love Story” in 2004 for the American market).

The novel has been translated into several languages.

An English translation of “Linnunaivot” was published in 2010 by Peter Owen Publishers under the title “Birdbrain” (translated by David Hackston).

“Not Before Sundown” was awarded The James Tiptree Jr. Award in 2004. Movie rights were acquired by Carter Smith in 2006.

She was nominated for a Nebula Award in 2009 for “Baby Doll”.

Her novel “The Core of the Sun” won the 2017 Prometheus Award for Best Novel .

Johanna is also the screenwriter of Energia Productions “Iron Sky” movie, a SF comedy set in 2018. 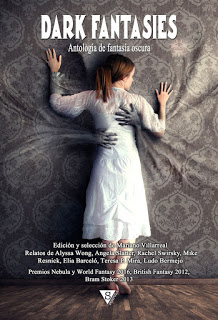