“La Tercera Fundación” (The Third Foundation) is a great database about spanish fantastic literature, imperative for any bibliographic search. For the last two years it was awarded the Best Website Ignotus (Spanish Hugos) Prize.
“Tercera Fundación” is accessable at http://www.tercerafundacion.net/. To access the library, you have to enter search term at the top of web, on “Toda L3F- Buscar”

How and when was originated “La Tercera Fundación” idea ?
“La Tercera Fundación” was born after “Cyberdark” website closed. We were a group that seeks and exchanges books, we used to collaborate in Cyberdark’s books catalog. When Cyberdark closed, David Fernández, the website’s owner, gave us the database. After it we became a non-profit cultural association, and our main project is the management of the new online database which we have called “The Third Foundation”

How has the library evolved from the beginning at Cyberdark until this moment ?
It took one year after Cyberdark’s closure to put the web page up. For that purpose, a single person designed a specific data management application. It’s been updated twice since . We added new information and a different frame, including book cover, spine, original edition´s data, translated books, back cover text, information about authors… We also collaborate with “Terminus Trantor “ (http://www.ttrantor.org/) another networked database, and with “Alt 64” wiki, which links their articles and posts with what we call “Galactic Encyclopedia”, it explains terms and books related to it, as well as their respective universes

Which are library’s current stats ?
File records 23.462 – each file includes one tittle with all the editions -, books 47.139, people (writers, translators, editors, illustrators) 27.669, original contents 102.115, other languages written woks translations 45.454, publishing houses (some of them are active and other have closed) 2.342, collections, 6.268, awards 6.481 (prizes awarded to a single work), Galactic encyclopedia items 2.582. We received 500.000 annual hits, that is not a big range compared to other pages , despite I think it has a good success if is considered that it is basically a reference website.

How many people work in “La Tercera Fundación” ? How does the organization actually work ?
At this moment there are 17 workers (including me) in data management. We are geographically separated, but connected, so we are able to exchange our different points of view and adding it on a forum. We meet once a year, where we try to attend everyone, for reviewing what we have made during the last year and we also arrange the next meeting.

Describe briefly how to seek books, authors and magazines in “La Tercera Fundación”‘s web !
When you access the webpage, you can see the last incorporations, indicating if they are recent editions. There is a file browser, authors, editors..Each record has hyperlinks with authors, publishing house, collection, translator, … Single author works can be sorted by year, title, type.. It isn’t difficult and you will become used to it pretty fast, having immediate access to a lot of information
Do you know another initiatives like this? Are you collaborating with other libraries ?
We work closely with Terminus Trantor and Alt64 webs. The are a few other databases, but with goals different to ours.
As far as I know this is the database with more information about titles published in Spanish, except Terminus Trantor web, which is very simliar to this one.

What projects do you have for the future of “La Tercera Fundación” ?
Continue working, improve database and try to catalog internet before fanzines, and improve electronic literary sorting. And a main new: the data base is ready to incorporate another similar projects. If a fans group want to catalog another languages books, they can contact with us, because its already possible to use the webs structure. We are pleased to collaborate and open the project to other languages. 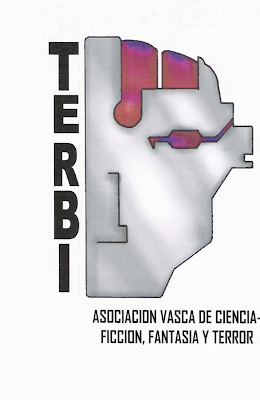 Ricardo Manzanaro Arana, a medical doctor and an university professor, is the President of the TerBi Asociación Vasca de CF Fantasía y Terror (TerBi Basque Association of Fantasy & Horror) from Bilbao, Spain. Ricardo has published over forty stories in various media and he’s a contributor to EUROPA SF and Amazing Stories.