“Humanism and Utopianism. Historical and Critical Perspectives”, International Conference under the Auspices of the Royal House of Romania, was held between 13-15 June 2014, The Royal Domain, Sinaia, Romania.

„As an ideal society built by human beings on the basis of virtue and their natural abilities rather than divine blessing and intervention, utopia has a close relationship with humanism with its secular tendencies and its emphasis on human dignity, an essentially good human nature, and human rationality. Also, both utopianism and humanism have tried to address, redress (sometimes with negative effects, mostly unintended) or tolerate, however partially and reluctantly, humanity’s fallibility, ‘crooked timber’, ambivalence, even inhumanity. Thomas More, the author of Utopia, was a prominent humanist of his time, and in the larger context of utopian thinking East and West, many issues can be explored by looking at the historical relationships between utopianism and humanism, and the polarity between the religious understanding of man and the refutation of the idea of the original sin or the dark side of human nature.

Modern societies have seen an increasing secularization in all aspects of social life (as well as ever more radical tendencies of re-sacralization, of various re-inventions of the ‘sacred canopy’), but are definitely not moving any closer to the utopian ideal of a good society. In contemporary social imaginaries, utopia has lost its appeal, together with any other positive vision of the future, while its reverse image (or negative double)—anti-utopia or dystopia—predominates, particularly in literary and artistic manifestations. Just like religion, spirituality, or any (past, present, and possibly future) metaphysics, liberalism, conservatism, or any other ideology, Marxism has a complicated relationship with utopianism, and so does the postmodern critique of modernity and rationality (one needs to move beyond postmodernism itself, as it is predicated on its own historicity). and on one of yesterday’s futures.

In the conference, starting from the more focused topics of the presentations, we shall reflect on and explore a number of rich and significant questions that are both historically contextualized and relevant to our own time, such as:

What has happened to utopia as a rational construct ? Does its failure reflect the failure or some inherent problem of human rationality ? Can societies be (entirely, radically) immanent ? Is utopia an intellectual hubris ? Are yesterday’s and today’s futures more edifying than history and its futures in the past ? Do unrestrained secularization and its counterpart, re-sacralization, point to some basic problem in human nature and human rationality ? Are the recognition of the dark side of human nature or the normative acceptance of humanity’s seemingly infinite diversity more likely to lead us toward more reliable social and political models ? Is utopia dead ? Is humanism a utopia ? What is the future of social imaginaries, that is, the future of utopianism and humanism ?

Based on the presentations, discussions, and chapters by authors who could not join us this time, a collective volume will be published in the series edited by Sorin Antohi, Chun-chieh Huang and Jörn Rüsen with Vandenhoeck & Ruprecht and National Taiwan University Press.”

The conference is part of the international project of an encyclopedia of humanism, and continues a series of related events that have taken place in Oxford, Berlin, Taipei, Weimar, Villa di Corliano/Pisa since 2010. It is organized by the Orbis Tertius Association (Bucharest) with the generous support of Romanian corporate and individual sponsors.” 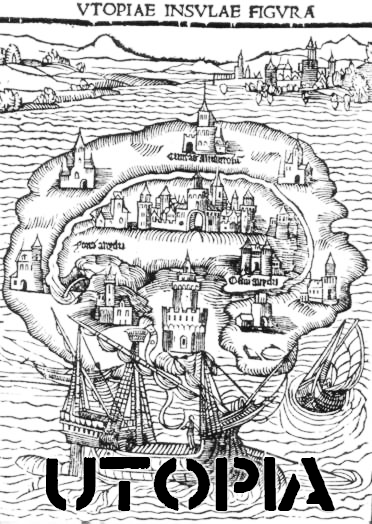 Humanism and Utopianism: From Classical Antiquity to Globalization

Jörn Rüsen : “New Humanism in the Age of Globalization: A Utopian Concept ?”

Utopia and Apocalypse in Life and Literature

Wilhelm Vosskamp : “The Relationship between Utopian and Apocalyptic Thinking in Contemporary Literature”

Klas-Göran Karlsson : “Modernization: The Road to Humanity and Inhumanity, and to a New History”

Jutta Scherrer: “The Soviet Utopia of the New Man: An Antihumanist Project ?”

Utopianism and Humanism: An Agenda for the Twenty-First Century

Christoph Jamme : “What Contributions Will the Cultural Sciences Make to Humanism and the Civil Society of the Twenty-First Century? The Leuphana University as an Example”

Humanism, Utopianism, and (the Ruse of) Reason

Zhang Longxi : “Humanism, Utopianism, and the Question of the Hubris of Rationality”

Sorin Antohi : “Humanism and Utopianism: From Tautology to ‘Negative Dialectics’”

Dinner. With the presence of His Royal Highness Prince Nicolae of Romania 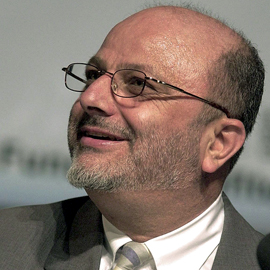 Sorin Antohi  : “Humanism and Utopianism: From Tautology to ‘Negative Dialectics’”

“Friends and foes of Utopianism have always agreed on one point: the Ideal City, terrestrial or celestial (in a topological or a spiritual sense), is predicated on the existence or on the crafting of the Ideal Human. Thus, humanism and utopianism may appear, depending on the theoretical position (i.e., metaphysical, ideological, political, epistemological, etc.), to be (1) mutually tautological, (2) mutually exclusive–e.g., in what some call anti-utopias/dystopias–imagined or ‘really existing’, (3) engaged in a dialectical relationship. The paper explores these possibilities, starting from a brief history of the two notions (humanism, utopianism), providing a conceptual map of their interaction, and suggesting ways of rethinking the two traditions in order to address the challenges of our epoch.”

Born in 1957, Sorin Antohi is a freelance historian of ideas, essayist, translator, and consultant based in Bucharest. He has studied English, French (University of Iași, Romania), and History (École des Hautes Études en Sciences Sociales, Paris).

He has conducted research at institutes of advanced study in Stanford, Vienna, Essen, Berlin, and in other centers of learning, such as Bielefeld, Braunschweig, London and Leipzig. Among others, he has served as a member of the Board of the International Committee of Historical Studies, as well as on various editorial and foundation boards. He has published widely on intellectual history, history of ideas, historical theory and history of historiography, as well as on Romania in European contexts. His main publications on Utopianism are Utopica. Studii asupra imaginarului social (Bucharest, 1991 ; revised and enlarged, Cluj, 2005—in Romanian ; Utopica. Studies on the Social Imaginary) and Imaginaire culturel et réalité historique dans la Roumanie modern. Le stigmate et l’utopie (Paris, 1999 ; Cultural Imaginary and Historical Reality in Modern Romania. The Stigma and the Utopia).

With Jörn Rüsen and Chun-chieh Huang, he edits the book series, Reflections on In(Humanity), published jointly by Vandenhoek & Ruprecht and National Taiwan University Press. With Hubert Cancik and Jörn Rüsen, he coordinates the project of an encyclopedia of humanism.

Delia Ungureanu’s “From Paris to Tlön. Surrealism as World Literature”