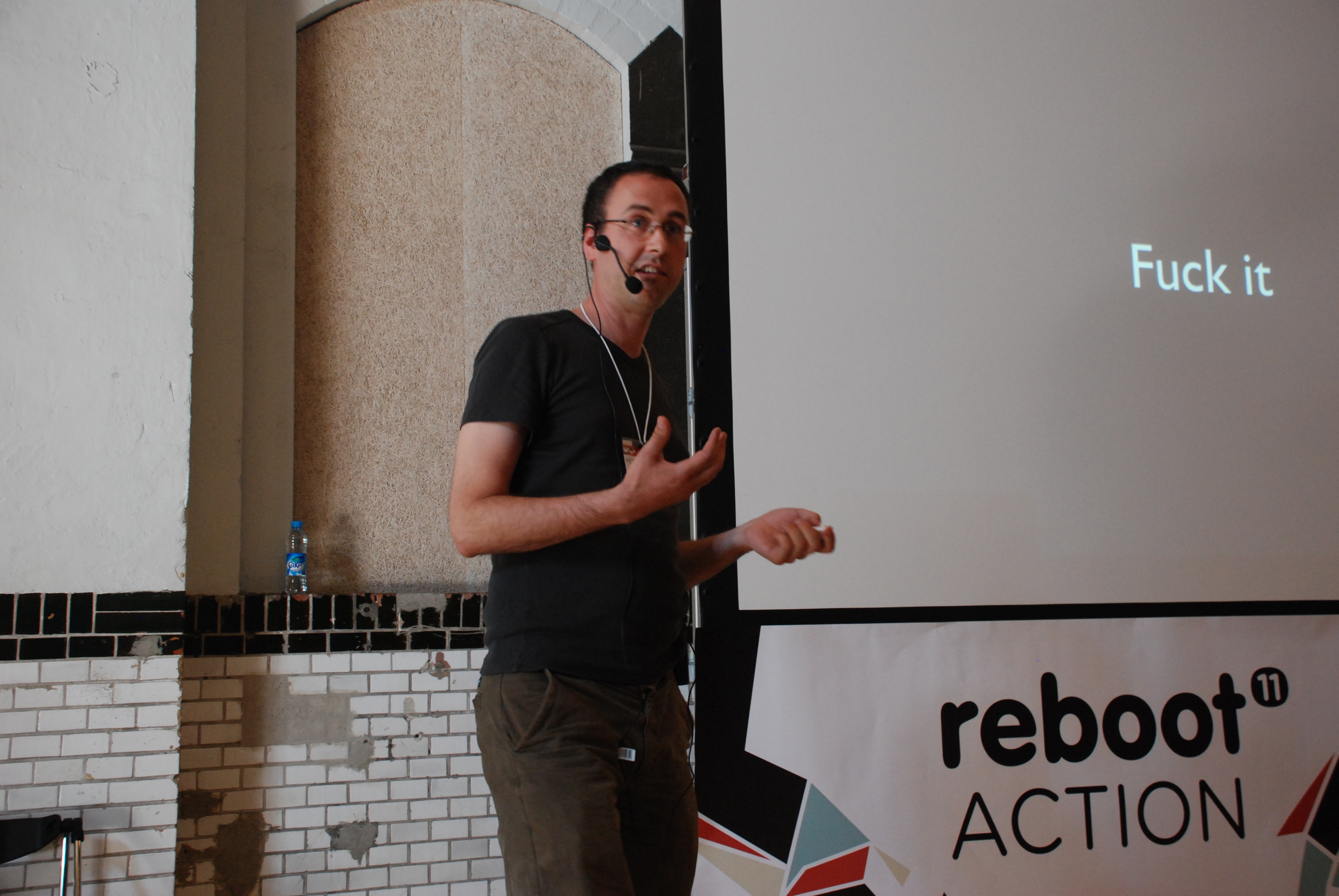 All successful movements I know, from Jugendstil (Art Nouveau) to Dada to the Dutch “Stijl” (members being i.e. Piet Mondrian and Gerrit Rietveld) were multidisciplinary. Visual artists mingled with dancers, performers, poets, drug users, musicians, movie makers and writers. The crazy with the semi-sane, the genius, the survivors and the smart.

Out of this came new works of disruptive creative work that, by the efforts of its collective representatives, rewrote the history of art itself.

We are not just writers

I do not believe in an European Writers Association. I don’t believe in a movement that focuses on only one aspect of our branch of art.

We should not cut off the many possibilities for collaboration that can propel European SF, Fantasy and Horror to creative heights far beyond what the American and British market have reached until now.

Speaking of a central body:

Should we strive to unite all SF/F/H artists in Europe? Form boards of decision makers, lay down Master Plans, create General Directives and Rule Books for all to follow in order to enter our Glorious European Fantastika Union?

We are not dogs with hardwired cravings to follow that one single Alpha-person to hunt in big packs in dark woods. Neither are we wired like sheep, seeking safety by gathering together in flocks, easy to herd by two or three trained dogs.

Most of us operate like cats. Moving around independently, living most of our lives in private, getting together from time to time to share experiences and help each other out.

Try to herd or control us and we will scatter and go, some of us offering a heartfelt “fuck you” while making the appropriate accompanying hand- and arm-gestures as we go.

To collect cats, you can use fresh fish.

To keep cats you can offer kindness (and more fish).

How did it work in the past?

Dada was “born out of negative reaction to the horrors of World War I” (Wikipedia). Their art reflected (among other things) the mindless destruction and deaths beyond reason of that period, mirrored in the deconstruction of art itself and the exploration of nihilistic concepts.

Dada was a European movement.

How could it work for us?

To create something like a European movement within our own field, we need a clear vision: where should we go to ? Why should we care about this ? What do we care about ?

Should we try and challenge the Anglophone market in their own field ? In their own game ? Promote and push the best authors we have ? Get our best works translated and presented by the best agents in the global market ?

Should we simply not give a shit ? Consider the rest of the world as irrelevant ? Focus on our own turf and our own continent first ?

Should we ignore the Anglophone market ? Focus on other places instead ? China ? Russia ? India ? The countries of Africa ?

But what do “we” have to offer?

Is that more of the same?

And do we really care about a change in our personal landscape ?

Or are we, in the end, all just self-absorbed artists, happy as long as we can do our own thing and is this just a nice dream ?

I think we care.

I think we can make things happen.

I also think we are still at the beginning of a learning curve.

What about the money?

Should an ESAA facilitate artists in generating revenue ?

Again, I think: no. It should not.

Each attempt I saw on this, made by people who did not already have a steady track-record in earning money by doing business, failed.

So: no. The ESAA should stay away from any kind of “revenue generating construction” as far as possible.

To make it work

What do we need to make the ESAA work?

I think we, the creative people living in Europe (breathing and eating and excreting the works from our own and other’s imagination) will first have to find out individually:

What about the “Vision”?

Do we need a perfect vision to start with?

I think the real (and hopefully sweeping) vision will develop as we go; while we create. It will emerge from the works we produce. From both the failures and the successes. From the people that create.

Our own creative European union

The roles a central body like the ESAA could play are the following:

*This includes everyone and anyone living and working in Europe.

Additional to that, an ESAA could offer:

What do we create?

Europe has an incredible rich and broad range of cultural differences, not only per country but also due to European citizens we still tend to call “immigrants”.

With this wonderful rich basis we create

In my opinion, the ESAA will mainly and mostly help facilitate in this, by bringing together the key players that will create this new playground. By collecting and sharing the different visions each of us have to offer.

By offering a starting point.

Right now, the world is completely open to us. 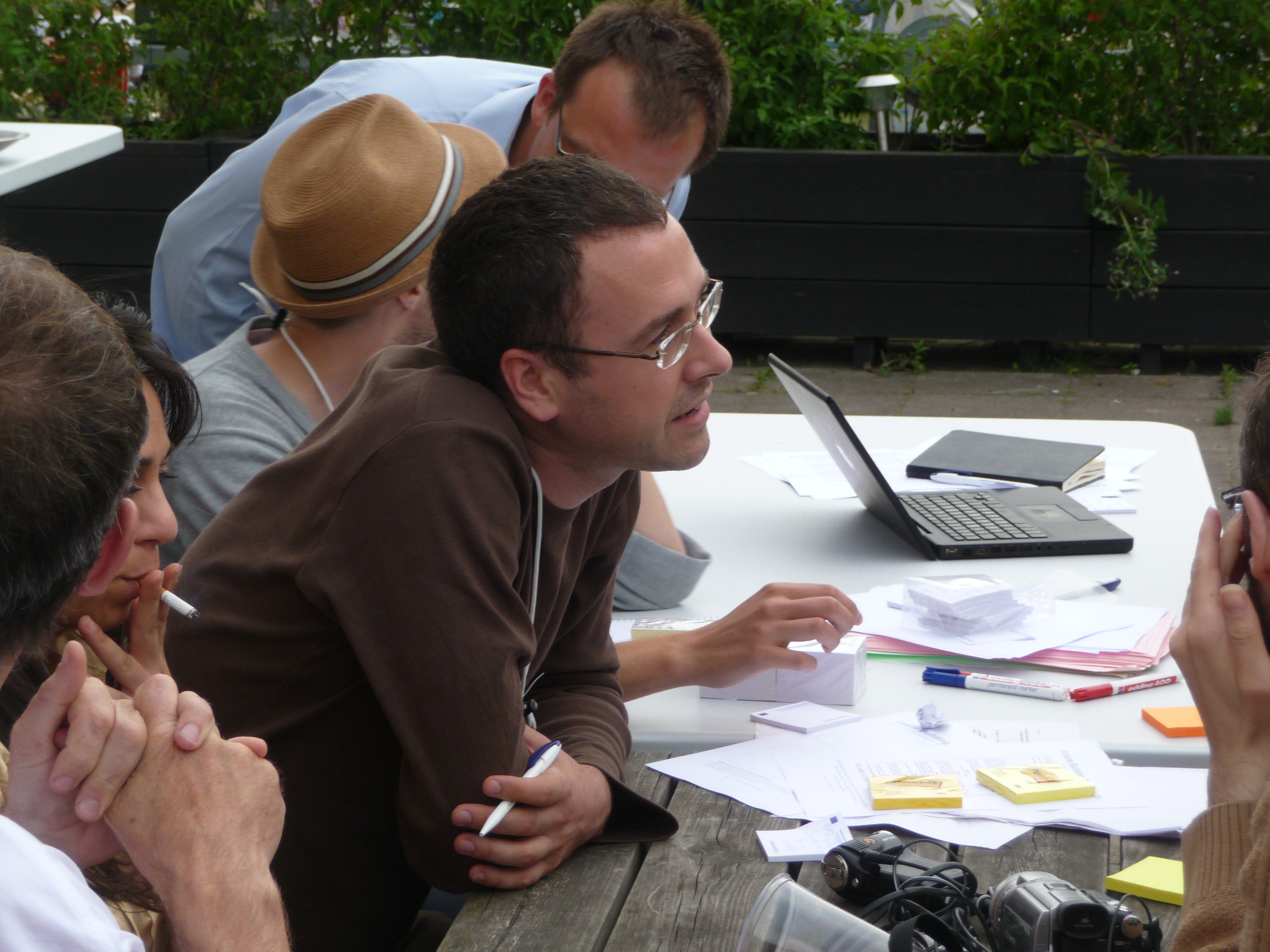 Peter Kaptein  is a Dutch freelance web developer, occasional hardware tinkerer, occasional public speaker, former illustrator and publisher and a writer of Speculative Fiction with a current focus on Near Future, Alternate Realities, social engineering, next steps in human/machine evolution and the things that make and break societies.  In the Netherlands he currently operates within the SF, Fantasy and Horror scene as a cheerleader for all things going well, stimulating any development that will unite artists of all kinds within the genre. He lives in the Netherlands, Italy and any other country his work might bring him.

Then I got involved in an e-mail exchange related to the creation of an “SFWA” of sorts of Europe. Some issues discussed are the presence (or absence) of European writers and the dominance of American and English writers in the European market, the difficulty to find a common platform for European writers to unite on, the challenges of so many different languages and how that might stand in the way of an easy exchange of stories and novels between different publishers in Europe.

The “Speculative Fiction Writers Association of Europe” luckily seems to become the “European Fantastika Creators Association” or something in those lines, striving to bring together and promote not just writers but all artists in our field, which makes the European playfield much, much more interesting for all of us.”

Time for a change

Report on the Slavcon (Slovakian Convention) 2015

Celebrating Year One for Europa SF!