After an experience in Kipple Officina Libraria, as editor of the series Avatar, Francesco Verso  founded, together with Francesco Mantovani, the label Future Fiction.

With performer Katiuscia Magliarisi, actress Chiara Condrò and musician Simone de Filippis he works on the Science Fiction theatrical show The Milky Way – A show on diversity quite unlike itself. He collaborate with Grapevine Studio and BCAA for the development, as crowdfunded webseries, of Flush.

His intent is to contaminate all forms of expression with futuristic elements, scattering the seeds of what could happen wherever there is a fertile ground. True to psychological, sociological and anthropological themes, he explores their transformations and derailments through the encounter / clash with technology. Whether it’s love, revenge, or self-discovery, his stories – novels and short stories alike, leave a profound mark on the path that starts from the present to get into the near future of humanity.

Sunday, March 8th, 2015 from 18.00 to 23.00 hours, in Rome (Italy) at the Portaportese Theatre (102, Via Porto) was held, presented by the Cultural Association Entroterra as part of L’altra domenica (The Other Sunday) event, the Future Fiction Day, a meeting with the writer Francesco Verso (Urania Award for e-Doll; Italia Award for Livid), now editor of a series of science fiction e-books : Future Fiction.

Mariangela Mincione in collaboration with Portaportese Theatre presented an evening a digression from the written language into the audiovisual sector, dedicated to the future, including SF novels, theater performances, video installations, 3D printers and VJ set by Francesco and Towards the Future Fiction Factory.

Cristian Mihail Teodorescu is one of the best contemporary Romanian science fiction writers, the only Romanian author of speculative fiction nominated for the Grand Prix de L’Imaginaire      (France) and one of the few Romanian authors who writes Hard SF. Between 2010 and 2014 is translated in English, French, Spanish and now also in Italian. 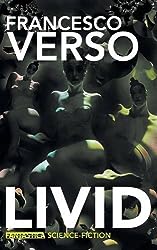 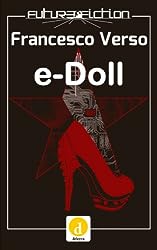 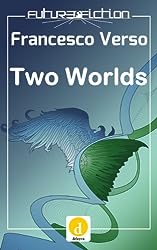 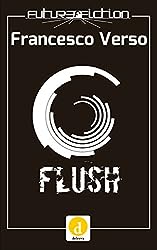 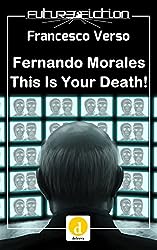 Francesco Verso’s  research extends beyond the written language by the creation of Flush, a real time installation by Alessandro Corsetti, Luca Biada and Daniele Anzellotti and for collaborating in The Milky Way theatrical performancewith Katiuscia Magliarisi, Chiara Condrò and musician Simone De Filippis: both represented during the evening at the Portaportese Theatre.

The meeting was conclude with a demonstration with 3D printers of the Ostiense FabLab by Stefano Varano. Through a process of layering the 3D printer lets you create various objects in a very short time, that’s the next industrial revolution, a homemade one !As closure a VJing (realtime visual performance, creation or manipulation of imagery in realtime through technological mediation and for an audience, in synchronization to music) with Eugenio Barzaghi inspired by science fiction films.

Future Fiction and the International School of Comics in Rome launched a contest for selected students aimed to design the cover for the short novel“Fragmentation” by Tom Crosshill, the 2012 Nebula Award finalist.

Also, five of the best covers will be selected from the School and included in the ebook. Finally, another cover will be selected by the readers of Future Fiction and the fan of the Internations School of Comics on Facebook. 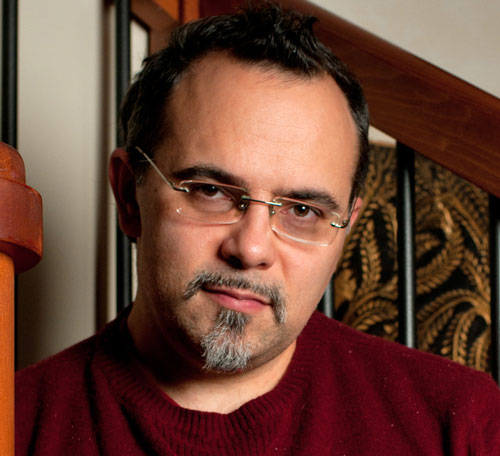 Born in Bologna, Italy, in 1973, Francesco Verso has a major in Environmental Economics at the University of “Roma Tre” and worked at IBM (PC Division) until 2005 then for Lenovo until 2008. Since 2008 he has worked as a full-time writer/publisher of Italian science fiction. His novel, Human Antidotes, was a finalist in the 2004 Urania Mondadori Award. In 2009, he won the Urania Mondadori Award for his book, e-Doll. In 2011, he wrote short stories for Flush, 90 Cents, Sogno di un future di mezza estate (Midsummer Future Dream), Due mondi (Two worlds) and La morte in diretta di Fernando Morales (Fernando Morales, This is Your Death!) and finished his third novel Livid which went on to win the Odyssey Award 2013 from Delos Books. Livid is his first novel to be translated into English.
http://www.futurefiction.org/en/ff-factory/
http://www.futurefiction.org/en/future-fiction-videos/
https://www.facebook.com/futurefiction