The ”Full Moon” (Luna Plina) Festival organized by Romanian Film Promotion Association and presented by the Transylvania International Film Festival, will offer this year to the public the best fantasy and horror productions, both classical and modern films that either have become landmarks of cinema’s genres or are about to become.
The second edition of the ”Full Moon” Fantasy & Horror Film Festival, the first and only film festival in Romania dedicated exclusively to H&F genres, will take place between 14th -18th of August 2013, at Biertan, Sibiu County, in a extended formula: five days of movies (in four projection spaces – two indoor and two outdoor), exhibitions, workshops, special effects workshops, concerts and parties. The Short Film competitive section’s winner will be chosen by the public and the Competitive Section’s best feature will receive the international jury prize, the ”Full Moon” trophy.

Also, starting with this edition, the Biertan EducaTIFF program will be launched, focused on media and film education for children and adolescents.
Among the first titles confirmed for this year, are the metaphysical Spanish thriller “El Cuerpo” (directed by Oriol Paulo) which opened the the Sitges 2012 Festival of Fantastic Film, the American horror film “We Are What We Are” (directed by Jim Mickle) which made a splash at Cannes 2013, the extreme compilation “V/H/S/2” (directed by Simon Barrett, Jason Eisener, Gareth Evans, Timo Tjahjanto, Eduardo Sánchez, Gregg Hale and Adam Wingard) launched at the Sundance 2013 Film Festival and other films signed by the leading members of the new wave of the fantastika filmmaking aficionados.

This year the festival pays tribute to the American filmmaker Brian de Palma with the digitally restored version of “The Fury” with Kirk Douglas and John Cassavetes, whose premiere will celebrate 35 years and in an extraordinary preview, “Passion” (directed by Brian de Palma) with Rachel McAdams and Noomi Rapace, that had its world premiere in Venice last year.
The film projections will be held outdoors (the Méliès Garden – 1000 seats and Cinema Vertigo – 400 seats) and inside (the Karloff Hall – 120 seats and the Ion Hobana Studio – 180 seats).
The remaining selection, the specific titles and other special events in the competition will be announced in the coming weeks. The first edition of “Full Moon” Film Festival took place from 16th to 19th of August 2012 and gathered more than 3,000 spectators.

Biertan is one of the first German settlements in Transylvania (Birthälm, 1283), situated in a hilly area, only 25 km away from Sighișoara (Schäßburg) and Mediaș (Mediasch) . An ideal space for outdoor views, Biertan has a medieval central square to watch a splendid fortified gothic church, a UNESCO protected architectural masterpiece. 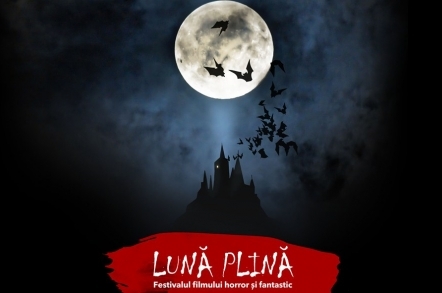