There was a “prequel” the 6th of March in the Romanian Culture Institute in Stockholm (and also an event in Malmö), when the author and comics expert Dodo Niță lectured about the history of Romanian comics. More on that shortly.
French and Belgian comics have for a long time been very influential and popular. We just have to remind ourselves of Tintin, Asterix, Metal Hurlant, Lucky Luke, the Smurfs and much more. International guests during the Comics Days were Marguerite Abouet (France), Julie Delporte (Canada), Xavier Löwenthal (Belgium) and already mentioned Dodo Niță (Romania). Apart from lectures and panel debates there were a comics market, films and exhibitions.

Science fiction literature and comics as we know them today have evolved from the same popular mass-market publication environment, originally in the US from the 1930’s and on. As the pulp magazines wrote about spaceships and alien planets, sf fans like Jerry Siegel and Joe Shuster created the first true superhero, Superman, coming through space from the alien planet Krypton.

I know the pulps very well and read Superman as a kid (in Swedish “Stålmannen”, originally “Titanen från Krypton”, ie “The Titan from Krypton”, when it in 1940 began in the Swedish sf pulp Jules Verne Magasinet/Veckans Äventyr). I have of course read all the Tintin albums, the Asterix ones, and a reasonable chunk of the different comics from Metal Hurlant (“Heavy Metal” in English), especially as they were introduced in a wide way in Sweden in the 1980’s by the publisher Horst Schröder.

But I knew nothing about Romanian comics or any from – what we used to refer to as – the East Bloc, so Dodo Niță’s historicy lecture was of particular interest. He is the author of “Istoria benzii desenate romanesti” (The History of the Romanian Comics) covering the whole history of Romanian comics, and many other books on the subject. He also held a lecture Saturday the 8th titled “Tintin en Roumanie”, based on one of his publications dealing with how Hergé’s fictitious country Syldavia, in particular in the album King Ottokar’s Sceptre, is inspired by Romania. The Tintin book will shortly be published in a dual language Swedish/English edition by pioneer press in Sweden. Nita’s history lecture was in Romanian, translated to Swedish by Arina Stoenescu (of pioneer press), while his Tintin lecture was in French – the language he originally learned from comics! (He also speaks good English, I noticed from chatting a bit with him.)
As a young boy Dodo Niță could only find the comics approved by the then communist regime, until he as a student discovered the library of the local French language institution in Craiova where he lived. It had a wealth of French books – and comics. Since French is related to Romanian he could begin to pick up the language and was introduced to a whole new world, the globetrotter Tintin in particular! 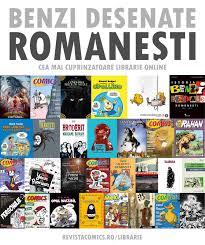 Romanian comics have a long and very varied history, due to the country itself having had a history bumping from one regime to another, from Ottoman (Turkish) domination, to monarchy, to military (fascist) dictatorship, to communist rule, to today’s liberal democracy and membership of the EU. This has decided what could be published, what was popular and what the markets looked like for comics. It also directly interfered with the lives of the comics artists.

The first Romanian comics came in children’s magazines, and one about a cat by Constantin Jiquidi from 1896, “Pisica Spalata“, is considered to be the first, published in the magazine Revista Copiilor. Other early magazines of the same type were Lumea Copiilor and Dimineata Copiilor from around the 1920’s. In 1924 we also saw the birth of the oldest Romanian comics character, Haplea, which still lives on, 90 years later, in a modernised version.

In the parliamentary days there were two publishing houses for magazines with comics competing on the market, one leaning to the left, one to the right. One of the artists in the later group, Nicolae Constantin Batzaria, was kicked out of all writers’ organisations when the communists took over after WWII and the Antonescu regime, and was later arrested and died in jail. One of the first women comics artists, Marga Stefanescu was married to an earlier Royal Guardsman, who was jailed by the communists and she had to flee to the countryside. (She’s still alive, 101 years old 25th of March!) Another example of how turbulent life was, is the artist Arnold Edelstein, who as he was Jewish was put in a concentration camp during the fascist days, but managed to survive and flee to the US and become an appreciated cartoonist in The New Yorker magazine. Several other Romanian comics artists also managed to emigrate and for example, Sandu Florea got to work for Marvel Comics in the US. Such is life in troubled times. 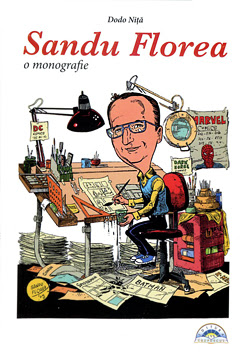 Under the communists the only comics available were Romanian and those from other East Bloc countries. Apart from the ever popular kids’ comics and humour ones, themes like history and science fiction were common. Local versions of  Tarzan and Jules Verne stories would be produced.
At times the regime’s grip on society was a bit lighter and Dodo Niță said there were tendencies towards some sort of “underground” comics, which was helped by the fact that the field was seen as something “just for kids”, so the censors didn’t bother too much. (In one of the many slides illustrating the lecture, we saw a comics page with not too sympathetic characters having square heads. “Blockheads” was what people called communist burocrats…)

After the 1989 revolution, when Ceausescu was disposed of, the market exploded. The communist had banned religious comics – it was even forbidded to draw churches – but now we got eg Christian comics, and on the other end of the scale erotic comics. Samurai and karate comics became popular (martial arts were banned under Ceausescu). All the Tintin albums and other French language comics could finally be translated. The Romanian children could meet the Swedish comics bear Bamse, which was translated during a few years. Tove Jansson’s Moomin comics have also been published. There were a lot of new comic books coming as well as comics fanzines. I’m sure the Romanians have had their share of Anglo-Saxon superheroes too, Batman, Spiderman and all their buddies.
A very interesting lecture giving insights and glimpses into a world of creators who often had to struggle against hardships, a world I didn’t know much about.

The comic book market in Romania today probably looks very similar to the market in other European countries. According to Dodo Niță there are somewhere around 50 Romanian comics artists active today, of which maybe 5-6 can make a living on it full time. The new era in Romania – for better or for worse – means that everyone has to compete for the comics audience, with all that this comes with.
But if a free market can be creative or if capitalism is just stupid, is an entirely different debate. 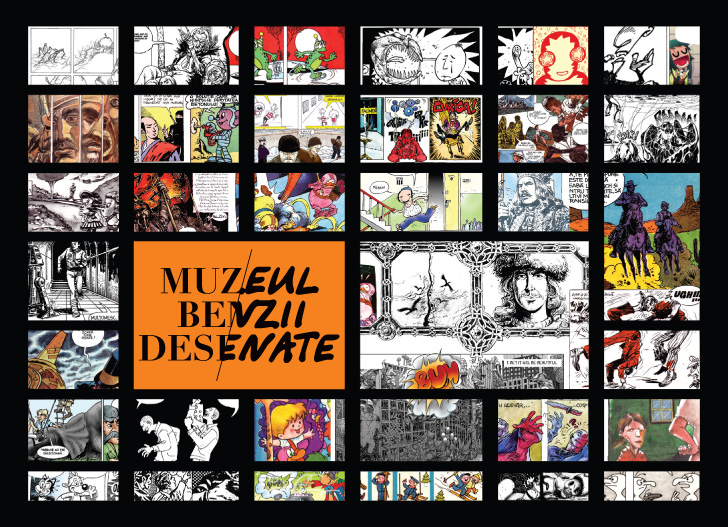