Between the 11th and 12th of April was held in Montrouge (south of Paris) a new festival: the Festival des Mondes de l’Imaginaire (The Festival of the Worlds of the Imaginary).

This first edition, which is considered a beta version by its organizers, presented a rich program. The peculiarity of this Parisian festival is that it’s inclusive and participatory. It is the result of hard work of a team of enthusiasts who raised heaven and earth to give birth to this beautiful project.

The theme this year is „Literature and Games”, allowing to find under the same banner areas as diverse as literature, board games, role playing, etc.

Another important information: The Present Club Spirits will be present for this first game, and we are very proud to participate in the launch of a new festival.

The festival will take place in Montrouge next weekend in two different places :

Beffroi is a 1933 building renovated in 2012. It houses a fresco of 150 m2, designed by Moebius, “The Leap of the Angel”, in homage to the montrougien artists. 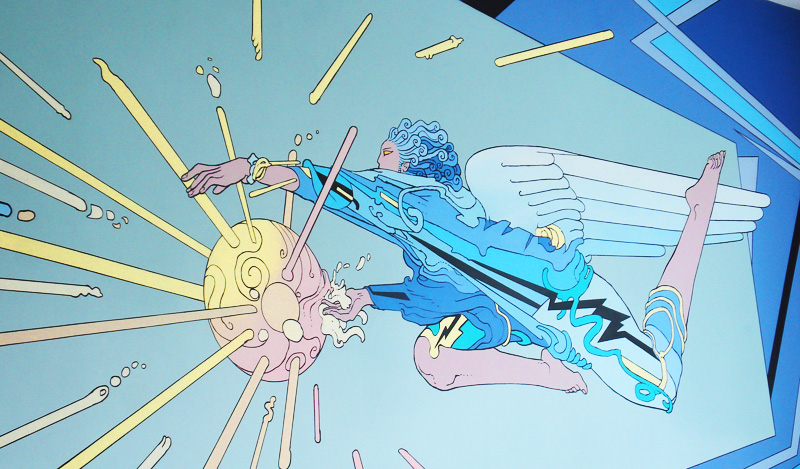 A place of social and cultural activities in Montrouge, which will host the Festival through fun animations (animated film, role play) available for children. For the lovers of real video games the Festival have also hosted the first Regional Open Paris Warhammer 40,000 Conquest Tournament. 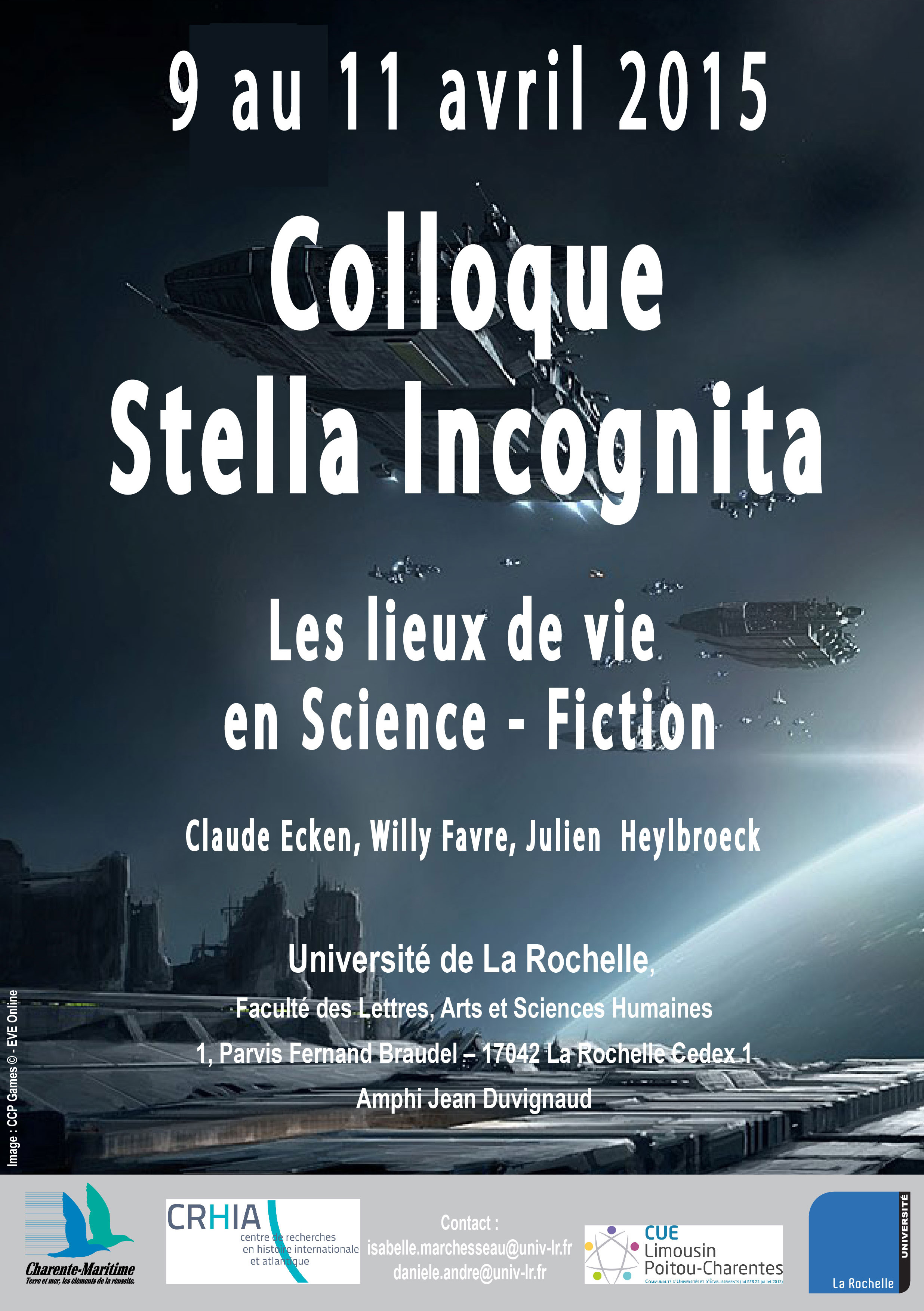 Stella Incognita (latin for “Unknown Star”) Colloquium  was organized by Danièle André, from the University of La Rochelle, and was held from 9 to 11 April 2015  in the Jean Duvignaud Auditorium of the Faculty of Humanities, Languages, Arts and Humanities at the University of La Rochelle, 1 Parvis Fernand Braudel, France. In cooperation with CRHIA (Centre for Research in International History and Atlantic, EA 1163) and COMUE Limousin Poitou – Charentes, and the House of the Student.

The partners of the Stella Incognita Colloquium were House of Charente Maritime, the Community universities and institutions (EUC) of Limousin Poitou-Charentes, the University of La Rochelle, the Student’s Home, the Faculty of Humanities, Languages Arts, the Research Center of International and Atlantic History.

This 4th Stella Incognita colloquium  was dedicated to the “living places in science fiction”.

Science fiction, whatever its medium includes, uses this notion to discuss and redefine and take a different look at our world (social, political, architectural, urban, etc.)

The 4th Stella Incognita Colloquium (https://www.facebook.com/stellaincognita#) was dedicated to the “living places in science fiction”,  intending to consider what science fiction, whatever its medium, understands and uses this notion to discuss and redefine it, and take a different look at our world (social, political, architectural, urban, etc.)

A place to live can be a small space, enclosed and very defined, or it can be as vast as the universe. The concept of “living space” raises the question of point of view; in fact determines what is the/a place to live. In addition, this space is certainly one where an individual individuals live, but it’s e freely chosen or it’s imposed, and if so by whom or what ? And how much will it determine how to design, build, collect it, to live, to make it live and/or leave? Then we understand that the concept of “departure” is intrinsically linked to that of “living” because this space is either a living place for life (and therefore it can become place of death, both they would not be inseparable? ) or it is a place of transition elsewhere (geographical and final as the hospital for the end of life) and another time (of life, such a move for work, or to move it’s family, etc.) and how this difference does it affect its representation and ownership? 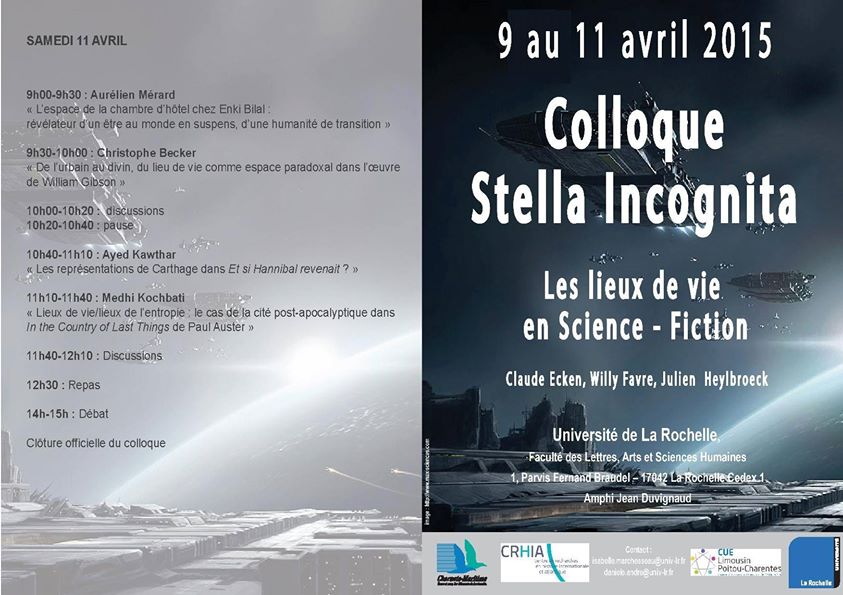 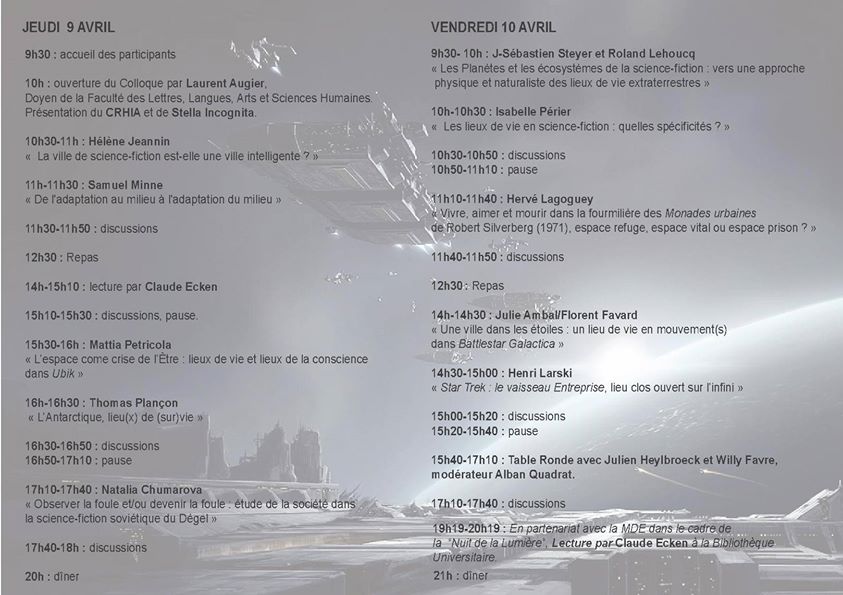 GUFF 2016: Voting for Sending an European Fan to an Australian Con!