Fantasticon is an annual festival in Denmark for the fantastic genres (science fiction, fantasy, horror etc.), where you can meet authors, filmmakers, artists, scientists, fans and many others.

Fantasticon 2016 will be held June 11-12th at Valby Kino in Copenhagen, Danemark. With this occasion, the Niels Klim Prize will be awarded. 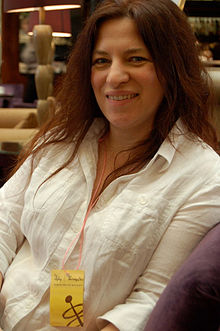 Fantasticon is focusing on literature, but also on comics, film and television.

Activities include panels and discussions on various topics, interviews and workshops. But first of all Fantasticon is an opportunity for fans to meet and talk.

Fantasticon is for everyone with an interest in one or more of the fantastic genres aka science fiction, fantasy and horror.

Regardless of your age, race, religion, political views or species, you are welcome ! 🙂

“In Denmark, the science fiction short story is a thriving genre, though mostly as a subculture.

The present volume contains a selection from the first two of these annual anthologies.

Many Danish authors place their stories in a local setting, and all of them have something to say in addition to “just” being entertaining. You will find philosophical parables, time travels, space yarns, alternate history and much more, as well as stories which in different ways come close to the literary mainstream.

The huge Anglo-American influence on Danish culture since the Second World War is noticeable in the way the authors use the tropes and language of the genre in its modern, international vein. In making these stories available in English, our aim – besides entertaining the readers – is to demonstrate that science fiction truly is an international genre and that it is being written, even in small European countries like Denmark.

With these words we hope you will enjoy this collection of the “best of the best”. 19 different Danish authors are represented in this anthology. All of them are writing in the SF genre and all of them have a few words in front of there own short story.

Morten Brunbjerg: The Organism on Maneo

Søren Elmerdahl Hemmingsen: A Contribution to the History of Denmak

A. Silvestri: When the Music’s Over

Fønss Bach Friis: You are my Best Friend

Sara Tanderup: In the Surface