“Ambition” is a collaboration between European Space Agency and Platige Image. Directed by Tomek (Tomasz) Bagiński and starring Aiden Gillen and Aisling Franciosi, „Ambition” was shot on location in Iceland, and screened on 24th of October 2014 during the British Film Institute’s celebration of Sci-Fi: Days of Fear and Wonder, at the Southbank, London.” 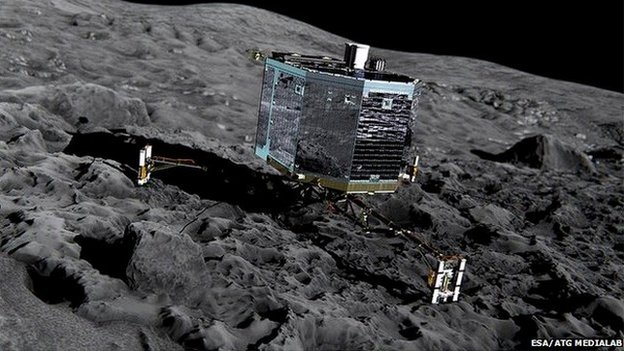 “Our distant descendants may look back to Rosetta with the same sense of admiration that we reserve for, say, Columbus or Magellan. They will think of this tiny little brave envoy that we sent out on a 10-year voyage to its destination, with enormous risks and perils along the way, but which nonetheless met its objectives. And they will see that this was a step in a much longer narrative that will be played out over many centuries. I think we’re talking centuries before we get the answers to some of these really deep questions.” – Alastair Reynolds, SF writer and scientist

“Called, suitably, “Ambition“, it stars Game of Thrones’ Aidan Gillen and actress Aisling Franciosi as master and apprentice on an alien world.

In the seven-minute drama, the pair discuss the presence of water on planets and the origin of life.”

“This is a project, ultimately, about great ambition: the power of the human spirit and our collective will to exceed all perceived boundaries. As our heroes seek out and close in on the very key to life, it goes beyond mere cinematic tropes to deal with the bolder universal themes of facing the future, battling uncertainty and showing the determination that makes us great. But it’s not all that it seems !” – Tomek Bagiński, Ambition‘s Director

“These are themes ESA’s Rosetta probe hopes to address in its study of Comet 67P/Churyumov-Gerasimenko.

Next month, the spacecraft will drop a small robot on to the surface of the 4km-wide ice body to analyse its chemistry.

“Theory holds that comets may have been responsible for delivering water to the planets early in the Solar System’s history. They could even have delivered important chemistry that helped to kick-start biology at Earth. The mission intends to test these ideas.

ESA believes the movie-short can take the goals of Rosetta to a wider audience.” 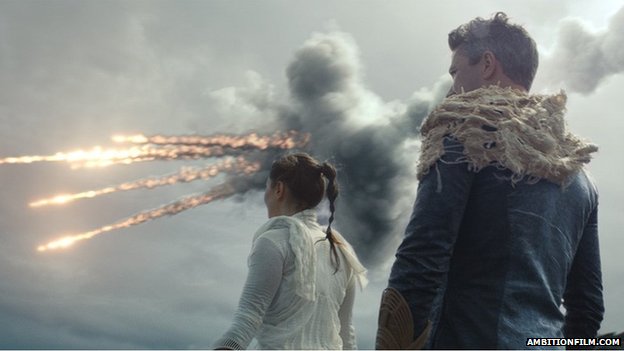 Shot on location in Iceland, Ambition is the first live action film from Polish director Tomek Bagiński and studio Platige Image. His short film “The Cathedral” was nominated for the 2002 Academy Award for Best Animated Short Film, and others have won awards at SIGGRAPH and BAFTA. 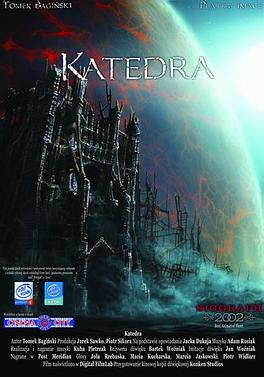 “The Cathedral (Polish: Katedra) is the title of a science fiction short story by Jacek Dukaj, winner of the Janusz A. Zajdel Award in 2000; and of a 2002 short animated movie by Tomasz Bagiński, based on the story. The film was nominated in 2002 for the Academy Award for Animated Short Film for the 75th Academy Awards. The movie won the title of Best Animated Short at Siggraph 2002 in San Antonio as well as several other awards.

The film focuses on a man who visits a mystical, organic building that looks like a medieval cathedral. As he walks through the immense structure, the light from his torch falls upon the pillars, revealing human faces. The viewer later realizes that the faces are still alive, as several smile and open their eyes as the man walks past them. The building’s nature is partially unveiled at sunrise as the blinding light enchants the visitor and causes organic branch-like structures to burst from his chest. These protrusions then become another set of pillars in the building.”