The Russian SF Writer Dmitry Glukhovsky (“Metro 2033”, “Metro 2034”, “Sumerki”/”Dusk”) is touring France for the signings of his novel FUTU.RE published by L’Atalante Press. Glukhovsky’s novels have been translated into 35 languages.

“Futu.re takes place in a fairly distant future, dark and violent. Humanity still managed a few centuries ago to manipulate its genome to stop the aging process, thus providing virtually immortality and accompanying benefits. Europe has become a Gigapole bristling with skyscrapers piling up the entire population of around 120 billion. It stands out as an utopia because life is sacred through rational population control policy, compared to the rest of the world.

A trashy and disturbing distopia  when man has managed to become immortal. In a rapidly overpopulated world, those who want to give birth must agree to age again, or be punished.” http://www.futu.re/#en/reader/1 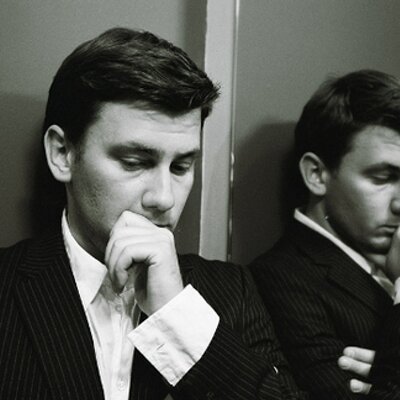 Dmitry A. Glukhovsky (Russian: Дми́трий Алексе́евич Глухо́вский, born June 12, 1979) is a Russian author and journalist known for Science Fiction, Magic-Realism, and his exploration of social and political structures.

He began writing his first novel, “Metro 2033“, at the age of 18, and then published it on his website in 2002, available for all to read for free. The novel has become an interactive experiment, drawing in over 3 million readers worldwide. It was published in print form in 2005 in Russia, and 2010 in Great Britain and the U.S. It has since been made into a video game for the Xbox 360, PS3 and PC. Most recently, it was optioned by MGM Studios.

In 2007, “It’s Getting Darker” was published, followed by “Metro 2034” in 2009, Russia’s best-seller that year, also available free online, both as text and as a collaborative art-project with Russian electronic performer Dolphin and visual-artist Anton Gretchko.

This was followed in 2010 by a series of satirical stories about Russia today – “Tales about Motherland”. As a journalist, Dmitry Glukhovsky has worked for EuroNews TV in France, Deutsche Welle and RT.

The novel “Dusk” (Sumerki) was published in 2007. It is a dark tale of the translator Dmitry who gets the order for a dozen pages cut out of what seems to be a several centuries-old Spanish book. He discovers that the book is a journal of an expedition of Conquerors dating back to the 16th century. Dmitry is reading this story chapter by chapter, collecting the full translation at home. Finally, the story starts penetrating his reality and threatening his life. “Dusk” was also an online experiment as Dmitry Glukhovsky was publishing it chapter by chapter in his blog.

Released on 1 September 2013 in Russia, “Futu.re” is a dystopian novel, the action takes place in Europe in the XXV century where humanity has invented a way to stop aging. In order to keep Europe from overflowing, the government was forced to introduce a policy whereby if a couple decide to have a child either the mother or the father have to give up their immortality. The story is based around a young man who is part of a squad in charge of stopping the over-population of Europe by punishing those who do not register their child.