International Workshop WHERE’S THE PLACE OF DRACULA: (DE)CONSTRUCTING STEREOTYPES IN THE STUDY OF THE MYTHICAL SPACE IN LITERATURE AND THE ARTS

part of the International Conference Beliefs and Behaviours in Education and Culture, West University of Timișoara, Romania, 25th-27th of June 2015.

The study of literary texts may contribute to the (de)construction of stereotypes about people and places. Starting from the hypothesis that literature and myth simplify history and transform objective reality into subjective perception, we intend to discuss the relationship between space and imagination, including the situation in which a successful literary work may transform geographic reality into story, and the visit into a way of reading. We intend to discuss reading both as a hermeneutic practice and aesthetic experience, based on the impact of the work of art on the reader.
We open the discussion by the example of the Dracula myth, with the variety of its forms of manifestation (literature, film, visual arts etc.) and the representations of Transylvania in Western imagination, and we want to extend the debate to other spaces which are “transformed” by literary perception.

The workshop intends to open a debate on some issues such as, but not limited to:
–          Reading and feelings: subjective perceptions of geography and history;
–          The relationship between literature and film in the representation of the mythical space;
–          The importance of the Gothic in contemporary media representations: aesthetic experience and emotional impact;
–          Reading and stereotypes: empirical approaches to the reaction of the audience to narration or to the work of art;
–          The attraction of the audience to horror and violence: the identification with the fictional hero;
–          The association of myths (such as the Dracula myth or other myths revived in contemporary times) with real locations;
–          The contemporary uses of the Dracula myth: what does Dracula represent for Romanians, on the one hand, and for the Western readers,           on the other?
–          Emotions and Identification;
–          Advantages and Disadvantages in using stereotypes in the study of the work of art;
–          Emotion and cognition in entertainment: the role of education.
The workshop is part of the International Conference Beliefs and Behaviours in Education and Culture, Timișoara, Romania, 25-27 June 2015.
Webpage of the workshop: http://www.dppd.uvt.ro/bbec/workshop-humanities.html
Website of the conference: http://www.dppd.uvt.ro/bbec/index.html
Keynote speakers:
Distinguished Professor Craig A. Andreson (Iowa State University and Director of Center of the Study of Violence)
Professor Donatella Abbate Badin (University of Turin)
Professor Brad J. Bushman (The Ohio State University and VU University Amsterdam)
Professor William Hughes (Bath Spa University)
Dr. Duncan Light (Manchester Metropolitan University)
Professor Tullio Scrimali (University of Catania)
The conference also includes other workshops (see the website http://www.dppd.uvt.ro/bbec/index.html). The International Conference Beliefs and Behaviours in Education and Culture (BBEC) will be held at the West University of Timișoara on 25-27 June 2015 . The aim of the conference, proposing interdisciplinary perspectives, is to build comprehensive and holistic explanations of beliefs from different sciences that have a great impact upon education and culture. The conference addresses themes related to issues and processes of education at any level, from kindergarten to lifelong learning, from formal to informal education.

We propose topics of debate, such as but not limited to:
*   Education as connection among cultures
*   Culture and emotions in education
*   Beliefs and behaviour in culture and education
*   Research and innovation in Education
*   Technology and Digital Learning
*   Implications of media exposure
*   The representation of mythical spaces in literature and the arts
*   Emotion and cognition in entertainment: the role of education
*   Gothic and horror in contemporary entertainment media: aesthetic experience and emotional impact. 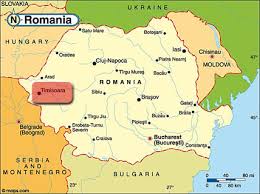 Timişoara, the largest city in Western Romania, is the capital of the Timiş County, and the centre of the historical region of the Banat. Frequently referred to as “Little Vienna”, the city has a rich multicultural history, but is also an important economic modern center.

The largest city in Western Romania, Timişoara is the capital of Timiş County, and the centre of the historical region of the Banat. The fortress built in the 13th century was occupied by the Turks in the 16th century, and conquered by the troops of Prince Eugene of Savoy in 1716. The construction of the modern city started in the 18th century. Timișoara was the first city in Europe which introduced horse-drawn public trams (1869), and the first European city lit by electric street lamps – in 1884 (second in the world, after New York).

The tape script of the first film inspired from Bram Stoker’s novel Dracula (Dracula’s Death 1921) was printed at Timișoara (see Marius Crișan, The Impact of a Myth: Dracula and the Fictional Representation of the Romanian Space, 2013, p. 206). Timișoara is also the birthplace of the actor Johnny Weissmuller (famous for the role of Tarzan in the original Hollywood film Tarzan the Ape Man 1932).

During the centuries, visitors have been impressed by the cultural atmosphere of the city, by the hospitality of the inhabitants, and their open and tolerant views. Andrew A. Paton’s words can be considered a synthesis of foreign travellers’ impressions on Timișoara: “… if a stranger were to have his eyes bandaged, he would suppose that he had been carried back towards the centre of Europe” (A. A. Paton, Researches on the Danube, 1862, p. 31).

For additional information about the city, see : http://romaniatourism.com/timisoara.html

A free literary tour of Timișoara, which will follow the steps of the foreign visitors who have described the city since the 17th century to present, will be offered to the participants in the conference, as part of a rich social event program. One of these writers (Andrew A. Paton) perfectly illustrates travellers’ impressions of Timișoara: “… if a stranger were to have his eyes bandaged, he would suppose that he had been carried back towards the centre of Europe …” (A. A. Paton, Researches on the Danube, 1862, p. 31).

Geekopolis, the Paris Festival of the Imaginary Cultures : 23rd-24th of May 2015

“Five Years Into the Future” : Science Fiction or Science Fact ?