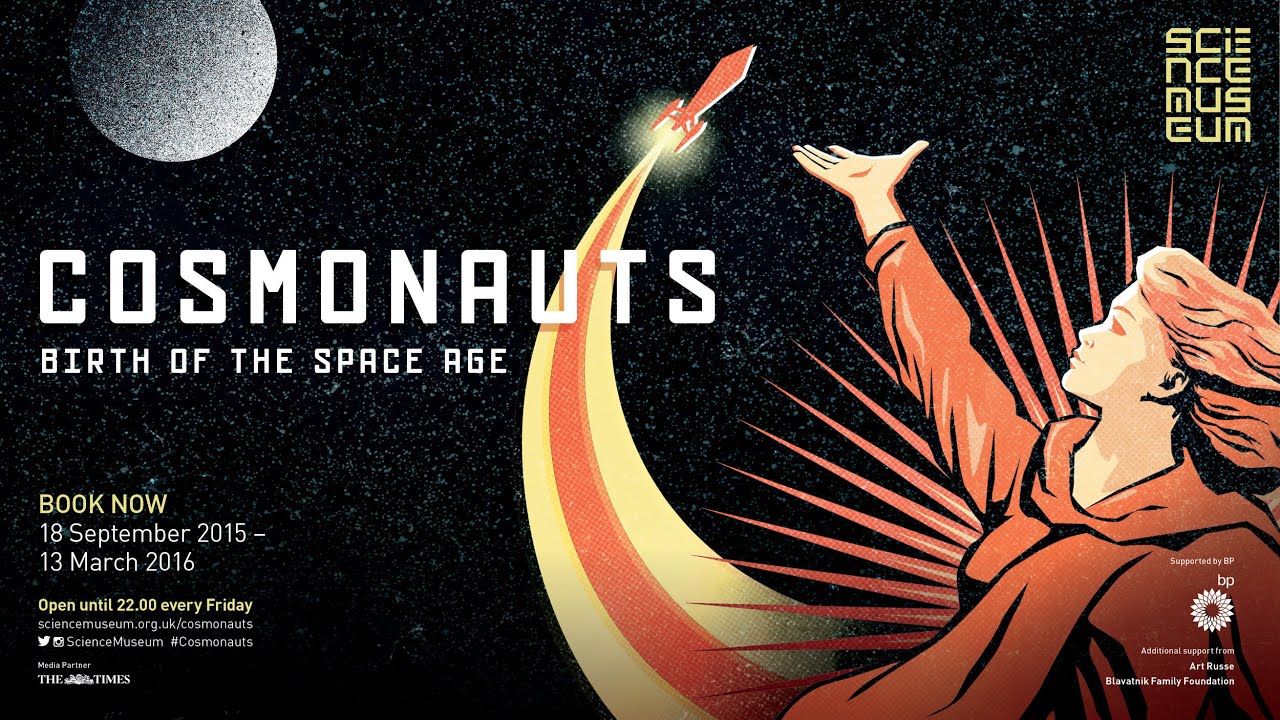 “Five decades ago the Space Race was being vigorously fought between the Soviet Union and the US. For a time the USSR seemed to be winning and it tried to make the most of the propaganda potential.”

Discover the dramatic story of how communist Russia turned the dream of space travel into a reality and became the first nation to explore space, with “Cosmonauts: Birth of the Space Age” Exhibition at the London’s Science Museum.

Iraklii Toidze, “In the Name of Peace”, 1959 (propaganda poster) ; “Soviet Communist leaders also wanted Russians to celebrate the advances the country was making.”How do you go about creating propaganda for an industry which is so heavily classified ?” Propaganda Posters were the answer”. “The Fairy Tale Became Truth”, 1961 (propaganda poster); “Gagarin is depicted as a modern-day Communist Prometheus – the Greek Titan who gave fire to man. It is the mythologisation of Gagarin as the first human in space. A Communist Soviet Man.” – Natalia Sidlina, one of the curators of the London’s Science Museum’s new exhibition “Cosmonauts: Birth of the Space Age”

This exhibition reveals the most significant collection of original Russian spacecraft and artefacts ever to be shown in the UK, including Vostok 6, the space craft flown by Valentina Tereshkova (the first woman in space), and the 5-metre tall LK-3 Lunar Lander, built to compete with the first Apollo missions :

The exhibition, which opened on Friday the 18 September 2015 features the greatest collection of Soviet spacecraft and artefacts ever assembled in once place, including eight that had to be declassified for this project, is providing a vivid insight into how the Soviet Union kick-started the space age.

Speaking at a news conference at the Science Museum, Alexei Leonov told journalists he was convinced the Soviets could also have beaten the U.S. to the first manned orbit of the moon but for the conservatism of those running their highly secretive moon programme following the death in 1966 of Sergei Korolev, the lead rocket engineer and spacecraft designer on the Russian Space Programme.

Explore the historical, cultural and spiritual context of communist Russian space travel, shaped especially by the turbulent early decades of the twentieth century. See poignant testimonies and memorabilia belonging to some of the biggest names in spaceflight and discover the deeply personal stories of the pioneers who kick-started the space age.

Half a century after he risked his life to become the first person to go on a spacewalk, Cosmonaut Alexei Leonov joined Science Museum Director Ian Blatchford to announce the museum’s most ambitious temporary exhibition to date, Cosmonauts: Birth of the Space Age.

“Cosmonauts: Birth of the Space Age” Exhibition include the monumental five metre tall LK-3 lunar lander that Leonov trained on in Star City. Designed to take a single cosmonaut to the moon, three Soviet lunar landers were tested successfully in space although none ever touched down on the surface of the moon.

Ian Blatchford spoke of the honour of having Alexei Leonov alongside him (see Leonov’s dramatic account of his battle to reenter the spacecraft here) as he announced the “most audacious and complex exhibition in the history of the Science Museum and indeed one of the most ambitious projects ever presented by any great museum”.

He then invited journalists to see the first of 150 objects to arrive from Russia –  including Vostok-6, the capsule that carried Valentina Tereshkova, the first woman to travel into space, and safely returned her to Earth in 1963.

The London Science Museum Director described how the exhibition will explore a critical moment in the history of humankind, when people first set forth beyond the confines of their home world: “the Russian space programme is one of the great cultural, scientific and engineering achievements of the 20th century.”

Cosmonauts, which has drawn on the help and support of the first generation of Soviet space pioneers, will explore the science and technology of Russian space travel in its cultural and spiritual context, revealing a deep-rooted national yearning for space that was shaped by the turbulent early decades of the 20th century. The exhibition will feature rocket pioneer Konstantin Tsiolkovsky’s extraordinary 1933 drawings of space flight, depicting spacewalks, weightlessness and life in orbit almost thirty years before it became a reality.

Ian Blatchford also thanked all the cosmonauts, partners and funders who have made this exhibition possible. Cosmonauts represents a major collaboration between the Science Museum, the State Museum Exhibition Centre ROSIZO, the Memorial Museum of Cosmonautics and the Federal Space Agency, Roscosmos. The support of many other institutions and individuals in the UK and Russia has also been crucial in the development of the exhibition.

The exhibition opens on 18 September 2015 and will run until 13 March 2016 at the London’s Science Museum in London. The Museum will be open until 10pm every Friday evening during this period to allow visitors more opportunities to see the exhibition.

Stephen Hawking invited to take part in the opening ceremony of the Russian-British exhibition “Cosmonauts: Birth of the Space Age” at London’s Science Museum.

Miron Lukianov and Vasily Ostrovsky, “Through the Worlds and Centuries in A Communist Galaxy, Comrades !”, July 1965 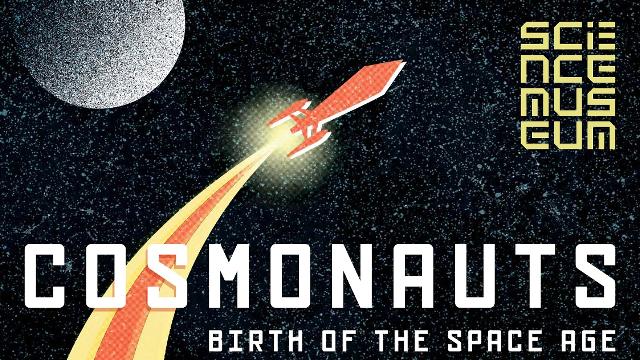